A letter to the world from the royal baby.
{Please read in the voice of Stewie from Family Guy, it will be more fun that way.} 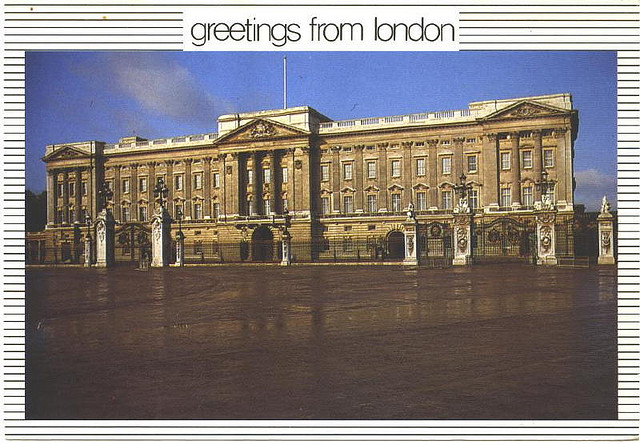 Oh Hello,
Your Royal Highness Prince of Cambridge, St James’s Palace, here. That has a nice ring to it don’t you agree? First of all, I’d like to say thank you for all of the well wishes. It’s so cute when commoners wish royalty well. Adorable, really. But I think we can stop with all of the “it’s a boy” jibber jabber. Let’s not pretend anyone was actually surprised by this. I mean, who do you think my mother is? Anne Boleyn? She knows her role, as all good royals should. Royals… One would think that would have gotten old by now. But it truly hasn’t.
I fought my way into this world around 4:24 p.m. weighing in at a healthy eight pounds, six ounces. Which is actually quite astonishing considering my mum only gained seven pounds throughout her pregnancy. She wanted to remain fit and slim, while truly making me work for my food through out those brutal nine months in her cold, cold womb. But I have nothing but respect for that woman and the choices she made. It’s made me a tougher baby in the long run. I don’t want to boast, but I completed the birth canal route just short of five hours and thirty-two minutes, which was actually ten minutes better than my previous PR. In case anyone was wondering.  However, I should note the rumors are simply not true that there were once two of us in mum’s womb. It’s a bloody lie is what it is, and I don’t appreciate the accusations that are thrown my way when questioned about it. The same however, can’t be said for my “cousin” Beatrice. But you didn’t hear it from me. Oh, I’m awful.
As far as my official name goes, I really must ask, does it even matter? As I stated earlier, my title is Royal Highness Prince of Cambridge, St James’s Palace and that’s all you need to know. If you must refer to me, simply use that. It’s more proper. But if you insist on knowing, let’s just say I’m pulling for Henry. I read up quite a bit on the Henrys during my stay, and I must say, I am impressed. It’s obviously not the same case for uncle “Richard.” What a dick. Somebody had to say it.
Well I’m really quite tired. I don’t want to look weak by admitting this, but that birth canal really took it out of me. All of the screaming and sweating and crying was quite intimidating, much like the first time I met my father. I think I’ll just have one of my seventeen nurses come in and pat my bottom for the next few hours. Isn’t it funny knowing that even though I’m only three hours old I’m already off to have a much better life than you? Oh stop, I’m simply kidding! Take a joke. Frankie says relax.
And for those of you talking about the “labor wars” between my mum and that Kim Kardashian woman, well I think that can all be put to rest now, no? I think it’s pretty obvious there was never a real comparison, anyway. I have royalty in my blood, that child has self tanner. Now I’m just being catty. I’m sure North-West is quite a lovely baby. That’s her name, right? Oh, I’m going to be laughing at that one over tea for quite a while now.
Cheerio-
Royal Highness Prince of Cambridge, St James’s Palace.
*****
Well guys, there you have it. That’s how I entertain myself on a Monday afternoon when I choose to stop sending work emails for the day. It’s an odd hobby, I’m well aware.
But in honor of the royal baby’s birth I hosting a summer ad special! And when I think about selling blog ads in comparison to this baby’s life it kinda depresses me…. Kidding! It’s great, actually! 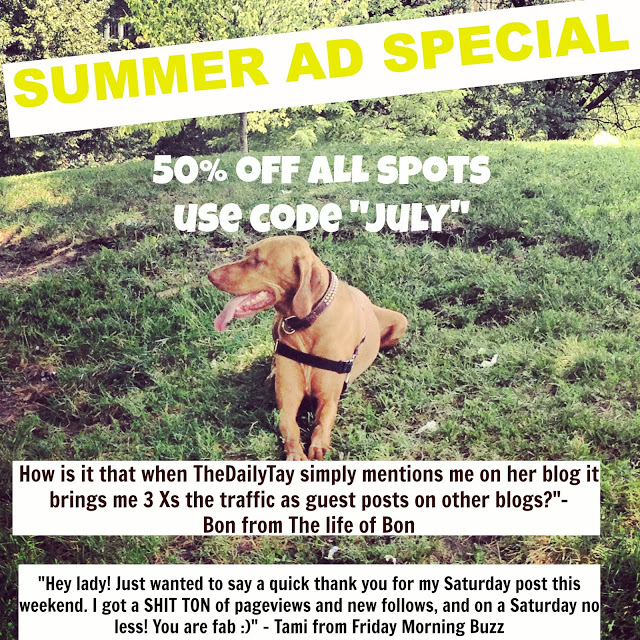 I even added testimonials because I’m fancy like that. Just click the “advertise” button above for more information. The code is not unlimited, so only a limited amount of ad spots at 50% off will be sold. Thanks for reading, and congrats again to the baby who has already managed to make me feel insecure about my own life.