I don’t know what’s wrong with me today but I’ve got the Debbie Downers following me everywhere. I just have that nasty feeling of uncertainty hanging over my every more. And that is so unlike me. I’m always the glass is half-full kinda gal, but for some reason today the glass is empty. Don’t start hiding the razor blades I’m not depressed or anything, I just have this weird feeling of nervousness. Ohmygosh is this called anxiety? Am I experiencing my first bout of anxiety today? If so, I don’t like it. Or perhaps I just drank too much coffee again? I’m pretty sure I’ve confused being over caffeinated with having anxiety a time or two before. Or perhaps it could still be the aftereffect of the six cans of Surge I drank for lunch in 1998?
Regardless, I’m in a weird mood today. And I’m pretty sure it’s all because of tomorrow. Up until just now I wasn’t going to mention my audition tomorrow, mostly because it seemed like the safe thing to do. In the big scheme of things, what I’m auditioning for isn’t really that big of a deal, it just is to me. Tomorrow at 3:00 p.m. I have an audition for the Conservatory at The Second City, which is basically just the next level of improv. Tina Fey had to audition twice to get in, rumor is Rachel Dratch had to audition nine times, and Amy Poehler got in on her third attempt. Again, this could all just be Second City urban legends… Improv students tend to get a little dramatic if you can imagine. Whatever the case, just typing that out makes my stomach flip. I figured that if I didn’t blog about it, then I wouldn’t have to follow-up blog about it in case I don’t get it… but that’s a cowardly bullshit move I feel like. So whatever, I’m just going to put it out there. I’m nervous as hell to audition tomorrow because I just want to make it in so bad. If only just to prove to myself that I can I suppose… And also because I’d really like to take classes in the Conservatory.
It’s days like today when I wish I wasn’t such a damn dream seeker. Why couldn’t I have chosen a path in accounting or mortuary or something? I never took an accounting class because I heard they were super hard, but I feel like there’s always a need for accountants. Same with mortuary owners. Death and taxes, the only two certainties in life. I swear I wasn’t intending to make that awful joke just now with those two lines. I was just literally trying to think of two jobs that seem pretty stable and for whatever reason those two sprung to mind.
I digress.
I had originally intended to link up with Helene and Sarah today for this awesome link up they posted yesterday, but clearly my mind had it’s own intentions. So today anyway, what inspires me to write is fear. And hope. And wonder. And excitement. And nerves, maybe a little bit of anxiety. But mostly hope. 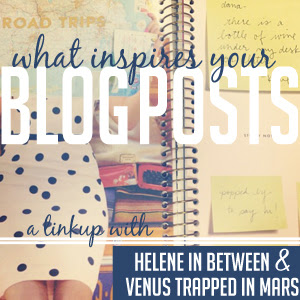 Lots and lots of hope. 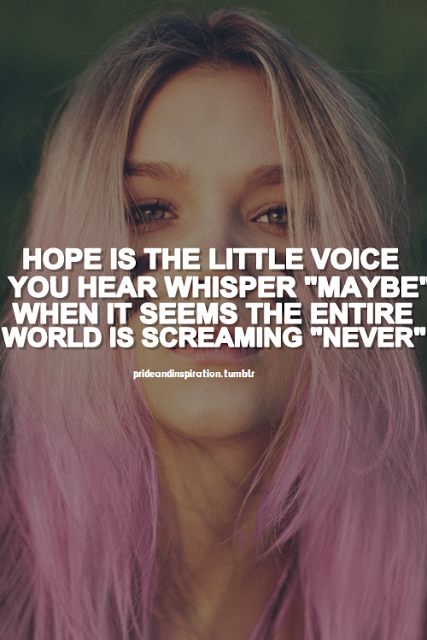