Tweet
Share
Pin
Email
+1
0 Shares
Tonight I was attempting to get a cute photo of Harlow as he slept soundly on the couch, his head propped perfectly on a pillow, his entire body wrapped tightly under a blanket, because it’s National Dog Day after all and I hadn’t posted a good photo yet.
If you’d like a visual, this is the photo I ended up taking. 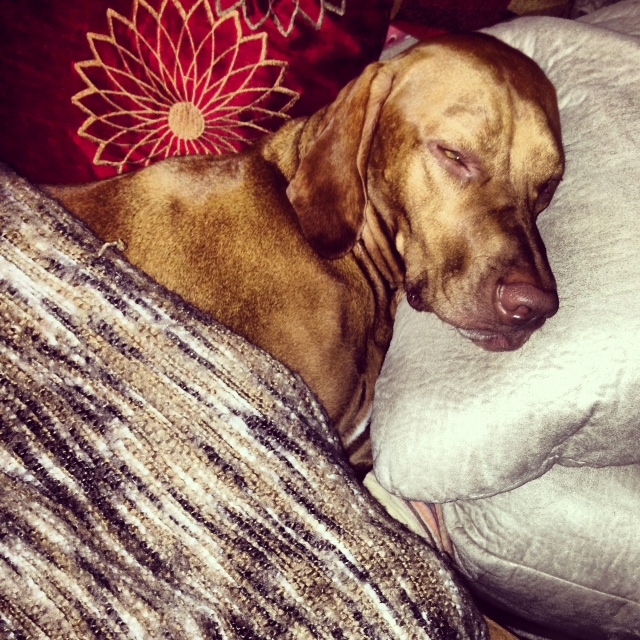 Precious, right?
It was literally seconds after I took this photo when CNN broke into a story that I haven’t been able to get out of my head. As of yesterday, 367 dogs have been rescued in what is known as the second biggest dog-fighting raid known to date. Nearly four hundred dogs were rescued from their horrendous conditions of living on dirt and pavement, wearing painfully heavy chains, most with zero food or water in sight. It’s just almost too much to handle. 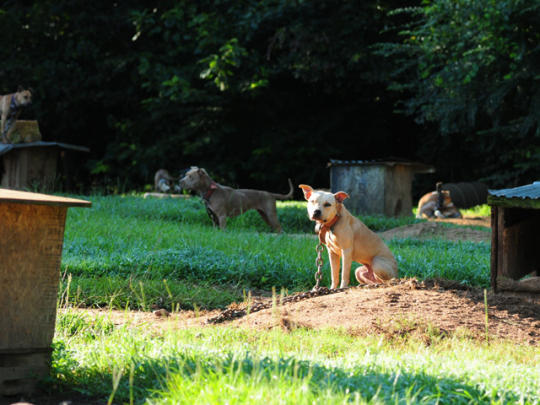 The photos are painful, yet also a little hopeful. Because every one of these pups you see are currently being treated in a rehabilitation facility thanks to the miracle workers from the ASPCA. The flees are being removed, the open wounds are being stitched, and the empty emaciated bellies are being filled with fresh food and water. 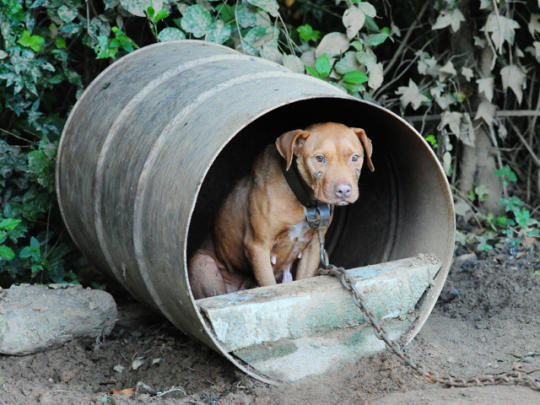 Stories like these resonate me. They resonate with me to the fact I will probably never forget about them. I’ll torture myself and read every article I can find and look at every photo possible. 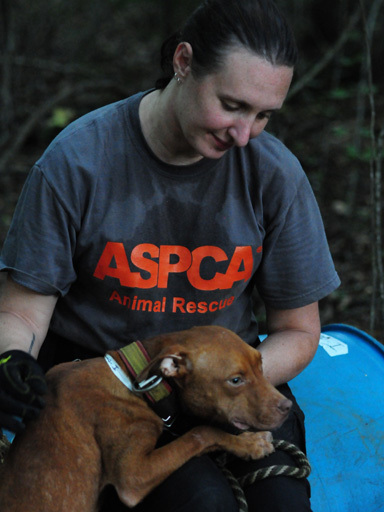 But unlike the other animal abuse stories I read, this one actually has a happy ending. Because these four puppies in the photo below won’t have to grow up in chains, or be trained to fight. 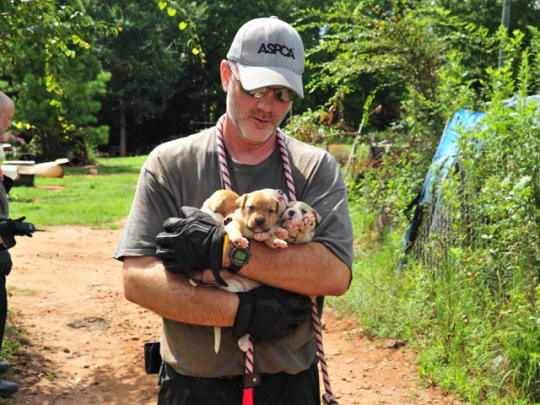 I didn’t intend to get on my animal abuse soap box today, but when a story breaks like this how can I not? Animal abusers are absolutely despicable to me. I hope the criminals involved in this case will rot in their jail cells. But sadly, I know they won’t. Some are even being held on as low as a $5,000 bond. But actually forget the jail cell, let’s tie them up and let them fight it out on their dirt patches instead like they’ve done to their dogs for so many years.
I can hardly put into words the type of hatred I feel toward these people. Hate’s a strong word I don’t use often, but if you’re abusing animals or babies I really and truly hate you. But even as I say that I know it’s almost ignorant of me to think. It’s easy for me to say I hate people who choose to abuse others because I’ve never been abused. I’ve lived a pretty damn charmed life. But imagine the children who grow up in homes where their dad brings home the pay check after a good night at the dog ring? How are they supposed to understand they’re not supposed to hit a puppy when they themselves get hit every night? It’s just a vicious vicious circle I will never understand.
So for now, I’m going to continue to think about the positive. About the fact 367 dogs were rescued this week. But so many more are still out there. If you’re in a place where you’re financially able to give a few bucks to the ASPCA, I’ve set up a very simple way to donate via paypal below, because they are going to be in desperate need of funds trying to treat all of these new pups.  I know I’ve never done anything like this before, but with Harlow sleeping safe and sound right next to me I feel like I have to try to do something. If we can raise $50 or $500, at least it will be something. 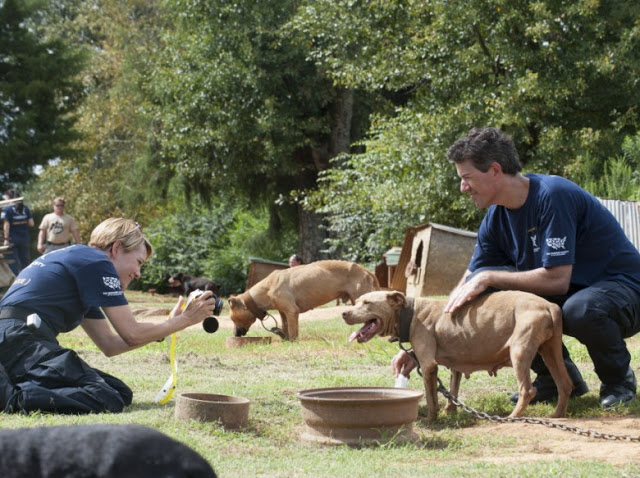 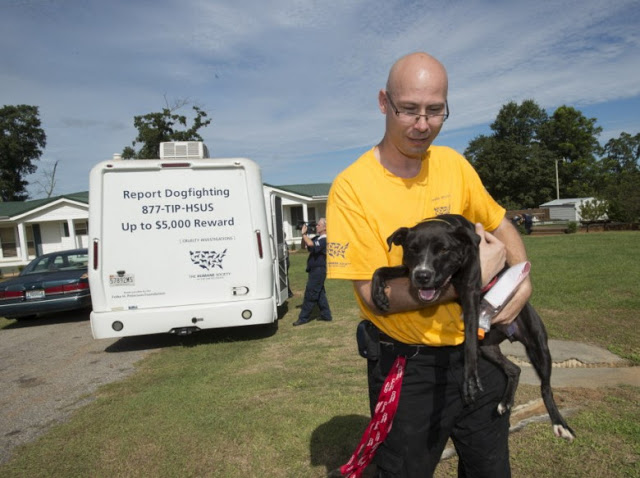 If that’s not a look of freedom I don’t know what is. 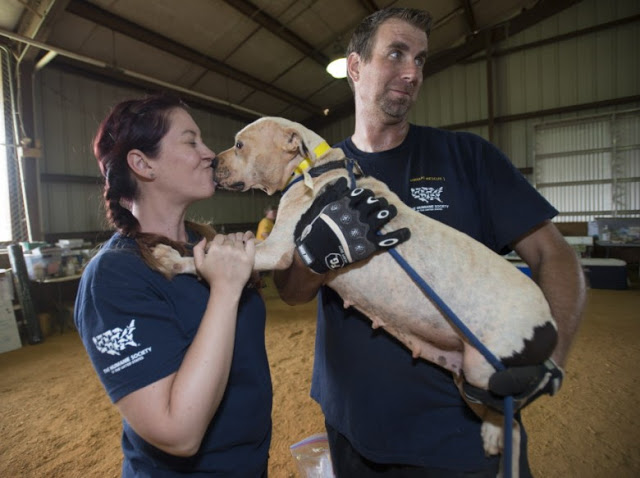 “A dog is the only thing on earth that loves you, more than he loves himself.”
-John Billings

*And if anyone knows of a better donation button where it actually shows how much has been raised, I’d love to know and switch it out. Thanks!