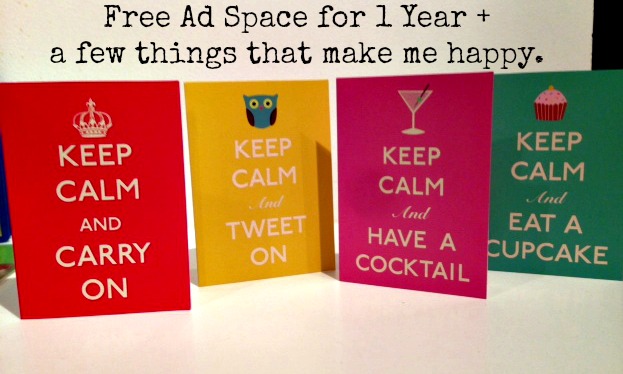 So August is the birthday month of my blog, and believe it or not The Daily Tay is turning four-years-old. Which is basically forty-five in blog years if you think about it. I’ve seen more blogs come and go than I can count. So that either means I have too much time on my hands, or I have too much time on my hands. Either way, I can’t believe I’ve been coming to this little spot for four years now.
Before this site, I had another blog called “The Pantyhose Diaries.” Cool name, I know. It centered around an 8-5 job I absolutely hated after my senior year of college creating advertisements for a tractor magazine, the magazine was actually called “Tractor House.” It was my first real job in the world of publishing! And yes, it was just as glitzy and glamorous as it sounded. However, that blog only lasted about two weeks because that’s about how long I lasted at Tractor House. I got another job offer that summer and literally left in the middle of lunch one day. Not the classiest move, I know, but I had no other choice. My boss was the cowardly type who would send me emails from three feet away rather than just coming up to my desk to tell me “um you aren’t actually allowed to have candles on your desk” or “open-toed heels are forbidden” or my very favorite “you were three minutes late back from lunch today.” Yeah, no shit. That’s because I purposely sat in my car praying I wouldn’t have to go back in at 1:00 p.m. and when 1:03 rolled around I realized a miracle hadn’t happened and I had no other choice.  What I’m getting at here is that because Shelley preferred to do her dirty work from behind her computer screen, I figured I’d do her a favor and toss it right back.
“Dear Shelley,

I might be a little more than three minutes late from lunch today as I just decided not to come back at all. i.e. I quit. I left all of my equipment in my desk. My open-toed heels and I are halfway to the lake already where we can burn candles freely and take five hour lunches. Wishing you the best in your future of tractor sales.

XOXO
Tay”
I’m getting sidetracked here. The point is that this little blog has been around for awhile. I often find it funny when others accuse bloggers of just being in it for followers or financial gain, if that were the case I would have quit three years ago when I had a steady base of 200 followers and a financial gain of -$60 and -4589 hours. Sure that might be the case with some bloggers, but not this gal. Gaining followers and occasionally making a few bucks off of something I genuinely enjoy doing and happen to spend more time on than I’d like to admit just happens to be an additional benefit I suppose. That’s how I look at it anyway.
So in honor of the fact I have officially had my “online diary” for four years now (you wanna know how I know you’re a loser? you’ve had an online diary for four years…)  I’d like to say a big THANK YOU to every single one of you who take the time out of your day to stop by and see what’s up. I am honestly so appreciative of every person who not only reads my site, but for all of the amazing and supportive comments you leave day after day. As a small token of my appreciation, I’m giving away ad space on my blog for an entire year, and also just a few of my favorite things. It’s not a million dollars to J Crew or Tory Burch anything fancy like that, just a few items that always seem to make me happy. 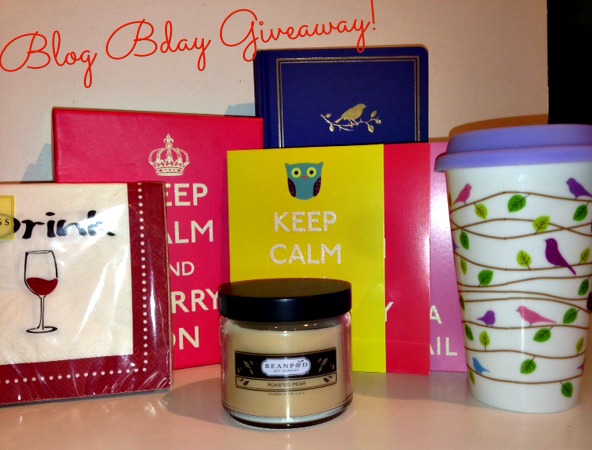 Maybe you’re like me and little things like this make you happy, as well. If so, enter below. If not, thanks for stopping by anyway.

Cheers to the future of blogging. There is a future in this stuff, right?