Last night I was in a small show at iO called “Monday Night Live,” which if you haven’t guess it yet is basically their own little version of SNL. 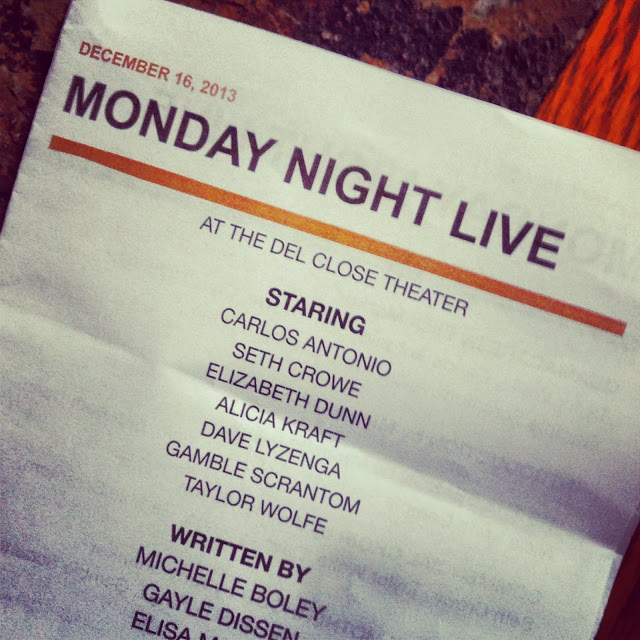 *it was a very low budget “production.” so low in fact, a second grader created the program. But hey “starring” is a hard word to spell regardless of how old you are I happen to think.

And I’d be lying if I didn’t say I had an absolute blast doing it. We only practiced for a couple of days leading up to it and like I’ve already said it really wasn’t a big deal for the actors (it was more for the awesome writers) but I’ll be damned if I didn’t pretend it was going to be my breakout performance of 2013! I was nervous and excited and was completely prepared to see Lorne Michaels sitting in the front row when the lights came on. Jk. But seriously, because I’m just huge a loser like that.

The theater dork inside of me that I have been trying to keep quiet for almost thirteen years now is fighting her way back to surface begging to do something obnoxious (and probably in a New Jersey accent) on stage. Let’s take a look at the many creepy faces I make while in front of an audience, shall we? (I apologize ahead of time for the quality of photos, stage lighting isn’t very forgiving. I don’t actually glow in person.)

This is definitely my “I’m not a big deal, but actually I really am, so pour me another scotch, bartender” face. 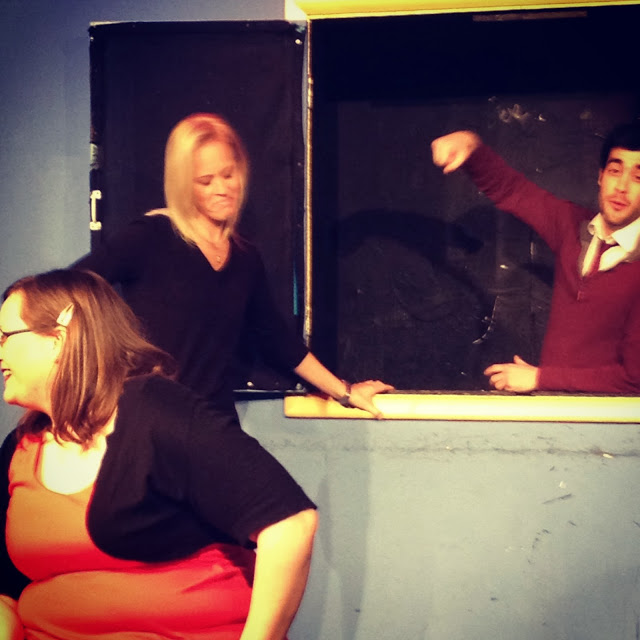 And this is my “Oh really? That’s super interesting, but I’m not actually listening to anything you’re saying,” face. 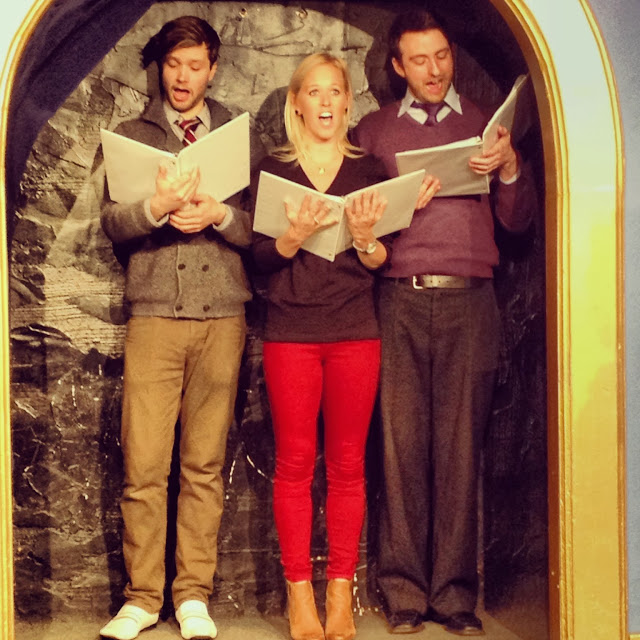 “You know the thing of it is, I was just gonna suggest… Oh shit I’m losing my train of thought” look. 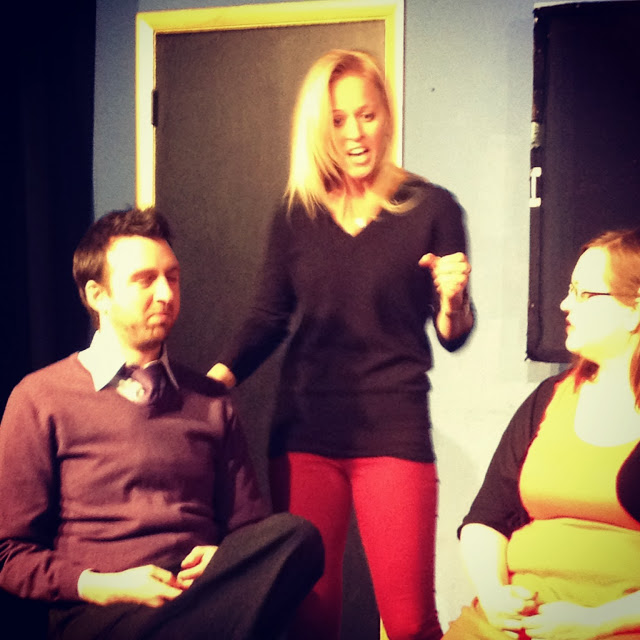 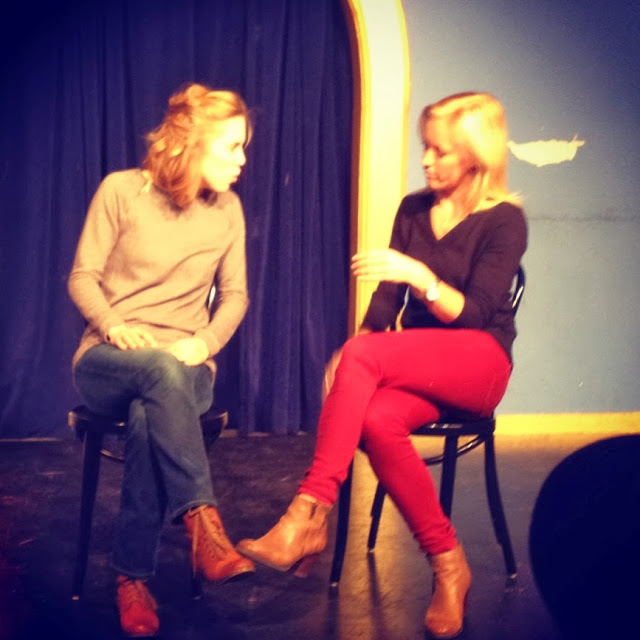 I saved the best for last. This is my “little dancing Jewish boy from the Ring” look.

Jk. I have no idea what happened with this photo. But we can all agree it’s the best, right? If there was a talent agent in the audience last night I am definitely expecting a call today.

That’s all I’ve got. Don’t forget that Christmas Eve is officially one week from today. I hope you’re all ready, I know I am. See you later, or as highschool-me used to sign all of my diary entries,