Last weekend I performed stand-up for the first time in front of people that I actually know. To say I was a little intimidated would be an understatement. My seventy-seven year old grandpa even came down from South Dakota to watch… And here’s the thing, in the comedy world my stuff is PG, but in the real life world my stuff might be a little more than just PG. It’s not “naughty” by any means, but it’s also not exactly the kind of stuff I would normally get into a conversation with my seventy-seven year old grandpa with, if you catch my drift. So yeah, I was a little nervous for how all of that would go down.

Here’s just a few of my pals that braved the cold to come out and see me. 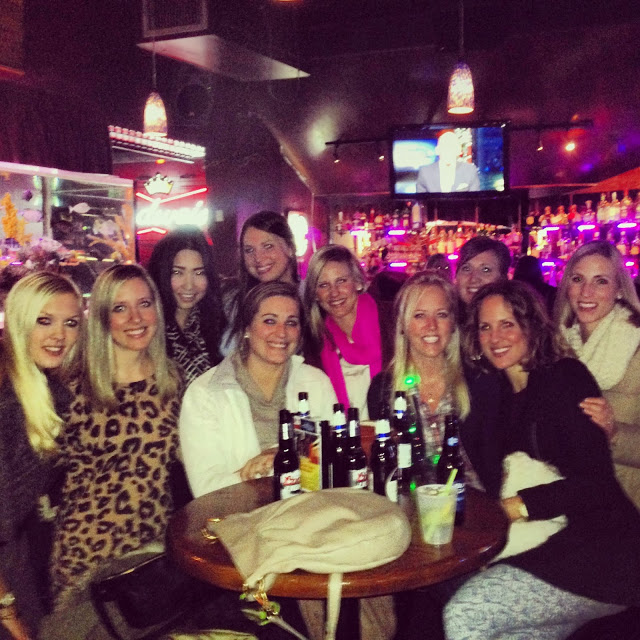 Through out the week I’d had several people text or email saying they were going to come watch, but at the same time I knew it was going to be on a Sunday night when the temp was well below ten degrees outside so I wasn’t going to be too shocked if people decided to stay in. I’m not exactly the best at going out in the cold so I didn’t expect others to be either.

So when I walked through the front doors of the ever so fancy Shark Club and saw so many people had actually come I was incredibly surprised and incredibly grateful. The kind of turnout I saw last Sunday evening doesn’t happen a lot, so it’s something I won’t forget. 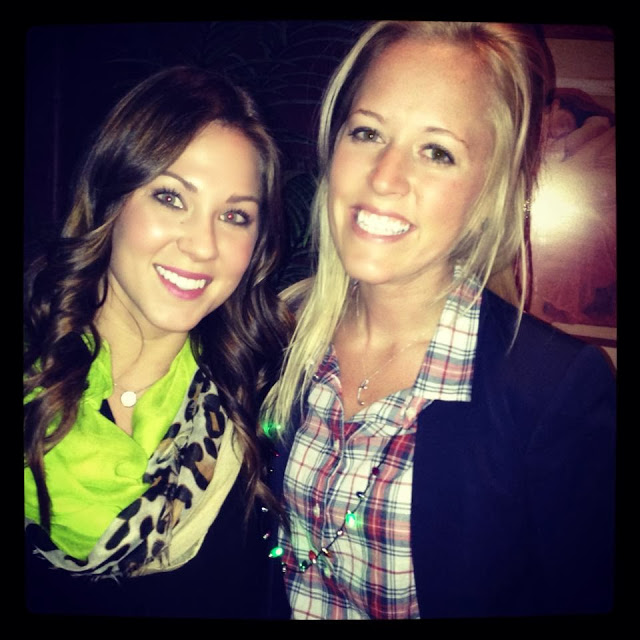 Because Omaha is on a bit of a smaller scale than Chicago I was going to have my longest time on stage to date. Ten whole minutes! At the Laugh Factory in Chicago I usually get three. Ten minutes on stage with just me and the mic and a crowd full of people staring at me with that look in their eye that says dance for us, monkey! I’d be lying if I didn’t say I was excited as hell.

I usually try to write jokes for my crowd, so I was bringing mostly all new material that was specific for Nebraska. But I was also a little nervous that I might forget my routine or get tripped up a bit since a lot of it was so new. Some comedians bring their phone or notebook on stage with them to help them remember, but I’m the type of person who prefers to memorize my stuff. When the host called my name to get on stage I immediately jumped into my bit without a second thought, but then as the lights shined down on me and I looked into the crowd and saw faces of people I actually knew I suddenly had about two seconds of blackout where I was still talking, but at the same time I was thinking I have no idea what I’m saying or where I’m going with any of this… Luckily, I snapped out of it pretty quickly and just continued on like I had practiced.

And the feeling that follows that first initial wave of shock is a combination of adrenaline and excitement and pure joy. I imagine it’s because of that feeling that so many amazing comedians continue on in this business for years and years without ever gaining the recognition they truly deserve. The feeling is addicting. Once you experience it one time you’ll do anything to have it again. As I’ve said before, if I ever want to start doing this seriously I need to step up my game. The good comedians in Chicago are telling jokes five times a week, several times a night. I’m just not tough enough for that yet.

But anyway… after my set was finished and I had come out of “Taylor on stage” mode I had just brief feeling of oh shit when I realized what I had just done. I had just told weird stories and jokes and used my odd voices and impressions in front of a room full of people that I will actually have to see again. What would they think of me now? Will they go home and say oh it’s cute she’s trying something new, but I just don’t think she’s very good… Perhaps. But if they did they never let on to it. So cheers to that, damn it! The host of the show even told me that if I ever come back I can even have a longer amount of time if I would like. How fun would that be?! Maybe I could have my own Taylor variety hour. I could dig up my old tap shoes and hula-hoops and really put on a show.

So there you have it, that was my first time showing my friends and family what it is I like to do in my spare time. I guess it’s better than Candy Crush.  And now I’m going to leave you with a few photos of what I did yesterday. It’s a little something I like to call “Battle of the Bear.” If you’re not a fan of children playing with toy guns well then you might want to click away now. I’m sorry but I’m from Nebraska, it’s just what we do here. I grew up playing with fakes guns and knives and grenades and yet I still cry if I almost hit a squirrel in the street with my car, so I think I turned out okay. 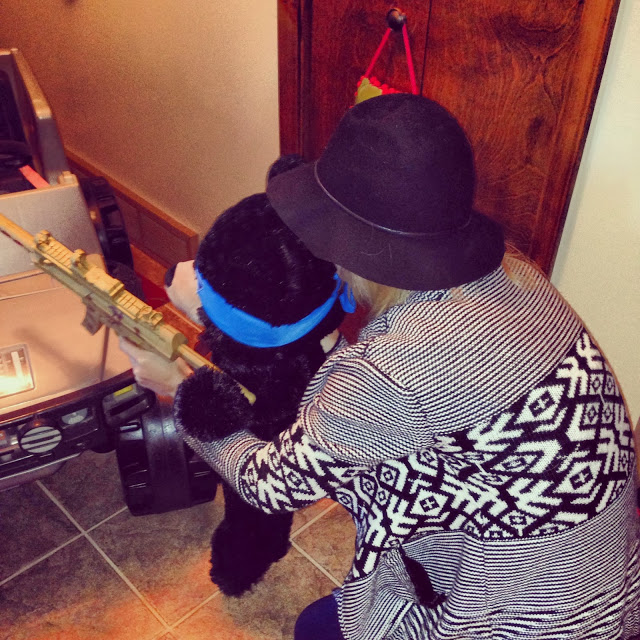 sweater can be found here. 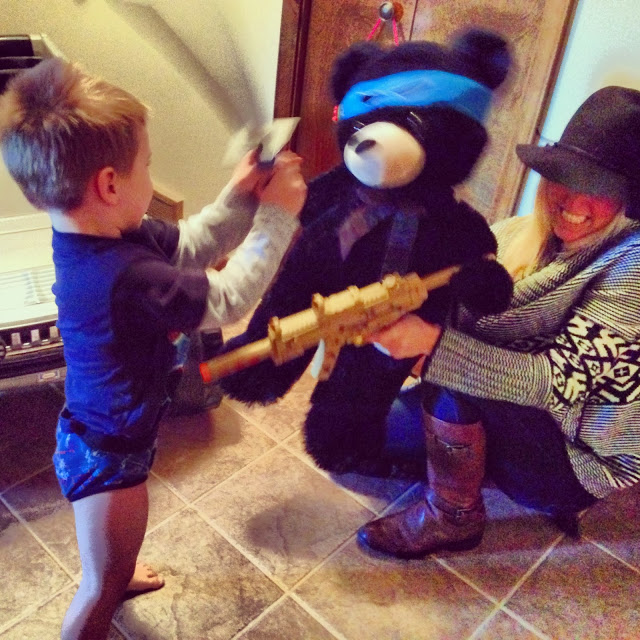 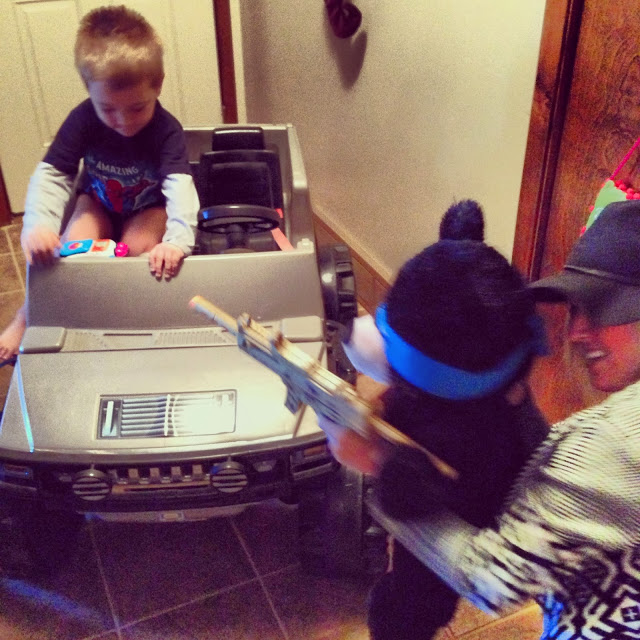 Rip Bear. I think it’s obvious who won this battle. 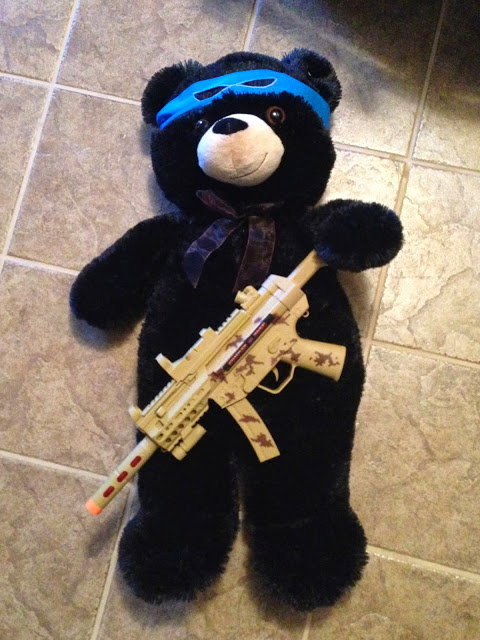 Lola. The girl who made off with the Hummer and my witch hat. 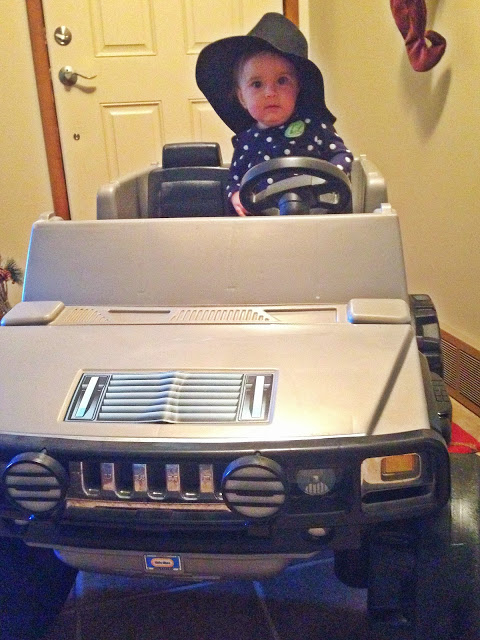 I’m think I’m delirious. It’s time to head back to the city. Enjoy the last weekend of 2013. Follow along on instagram @taylorgracewolfe as I take more photos of Harlow and battles with Knox.