On Friday evening I performed in the Mary Scruggs Festival with my fellow actooors at the Second City in a short sketch called “Refill My Water.” I don’t want to boast, but I’m pretty sure we killed it. We refilled that imaginary water like it was nobody’s business. 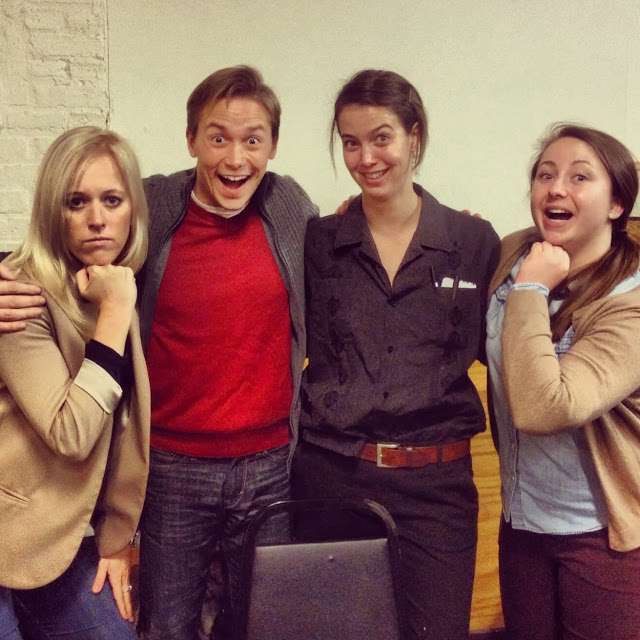 Afterward we went across the street to Old Town Ale House and drank a few pitchers to celebrate the fact none of us forgot any of our lines and that I remembered to zip up my fly before going on stage. Shortly after midnight, when I was on my way back home the snow started falling and I snapped this pic. 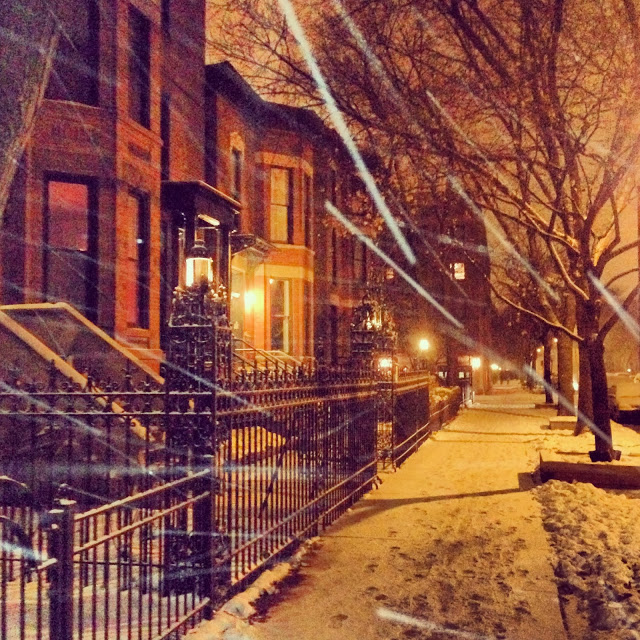 And on Saturday morning I woke up to this winter wonderland. 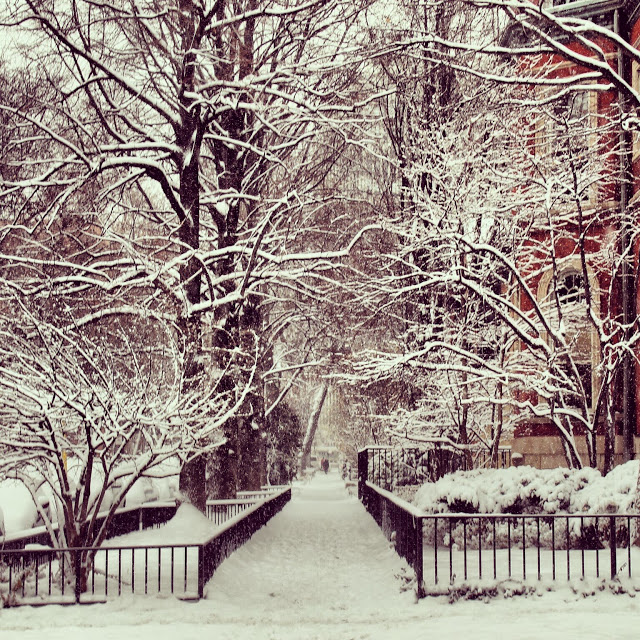 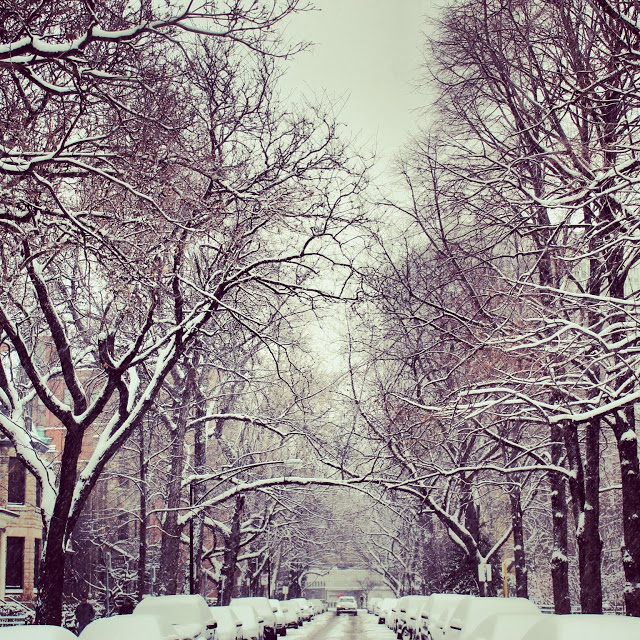 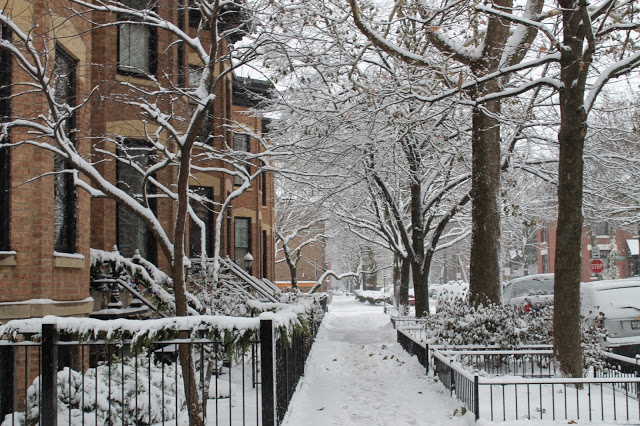 These photos don’t even begin to capture the beauty that was Lincoln Park just a few days ago. Sadly my neighborhood is a big pile of sloshy mess now, but for those few hours it sure was pretty.

Wanna know what else happened on Saturday? I got myself a life partner. Chris and I braved the snow to march down the street to the UPS store so we could sign the papers in front of the lovely notary to make things official. And yes, it was just as magical as I’d always hoped it would be! 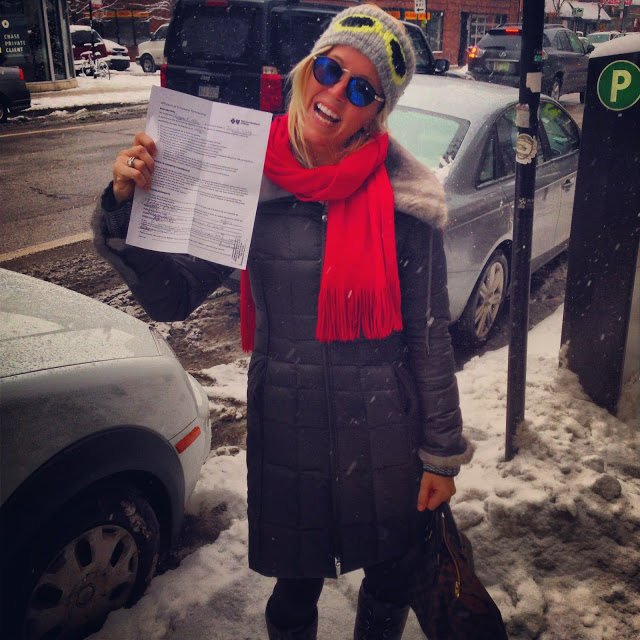 If you follow me on Pinterest you’d know that I’ve been pinning ideas for this big day for a long time now! I planned out every last detail, from what the inside of the UPS store would look like, to what music I would listen to on my iPhone while walking there, and even which winter headband I would wear. We celebrated after by going to Austrian Bakery for soup and sandwiches (just like I had pinned.) And of course I was just smitten the entire time, this is a day that I’ve dreamed about since I was a little girl after all!

Okay, feel free to call bullshit anytime. You all should know by now I don’t plan anything on Pinterest, especially anything wedding related. It’s just not my thing. The paper Chris and I signed is just so I can get on his health insurance. My lovely job as an “independent sales contractor” unfortunately doesn’t offer health insurance, luckily I’ve got my life partner to cover that for me now. Because we’ve lived together for over three years now, we’re kinda common-law married, or something backwoods like that.

And just to clear up any confusion we’re not against marriage by any means, it’s just not something either of us are too concerned about right now. Is that weird? Perhaps. Maybe someday we’ll get the itch, maybe we won’t. Que sera sera. 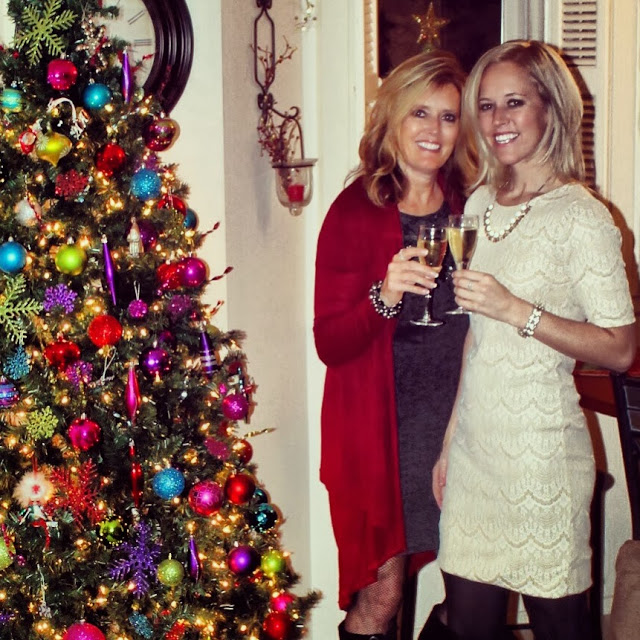 *dress can be found here at Junieblake.

Because my mom hadn’t been to Chicago in nearly a month she decided last minute to jump on a plane to come out and spend the weekend. So we put on some holiday dresses just for the hell of it and drank fancy champagne and went out for dinner on Saturday evening at The Peasantry.

I ordered the lamb gyros and was served this. Don’t get me wrong, it was delicious. But let’s just say we do gyros a little different in Nebraska. I have two words for you- King Kong. If you’re from Nebraska you know what I’m talking about. 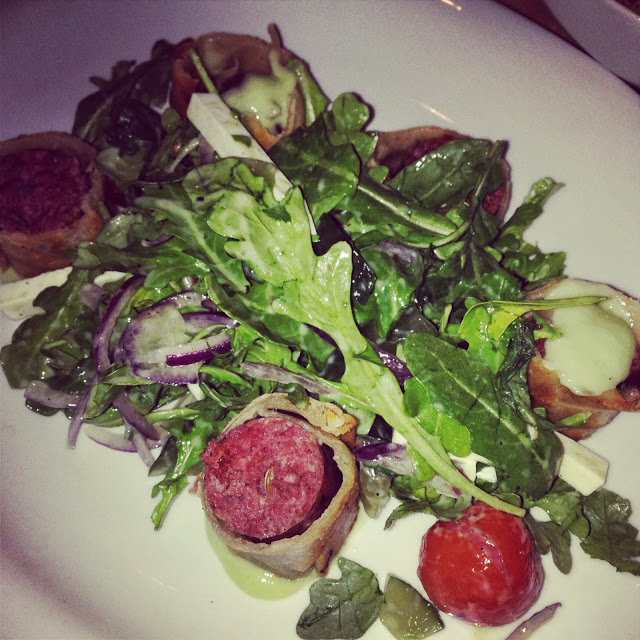 And on Sunday we woke up just in time for bloodys and French toast at Two Sparrows just a few blocks north from us. Yes, that’s beef jerky. And yes it’s just as delicious as you’d think it is. 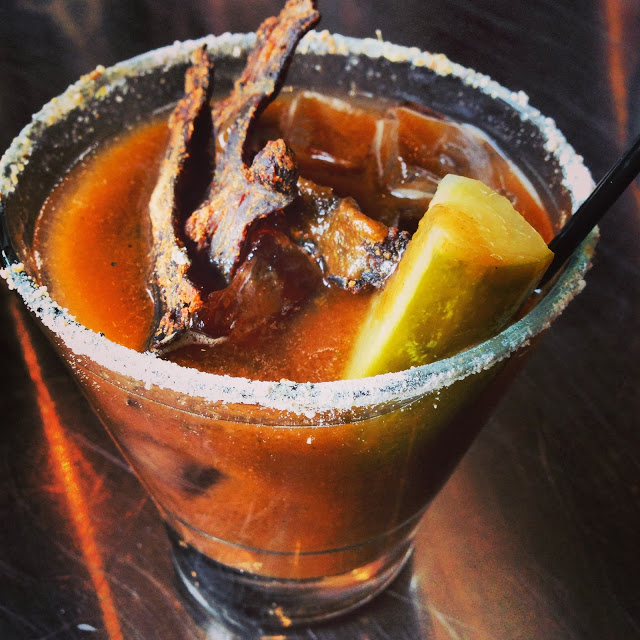 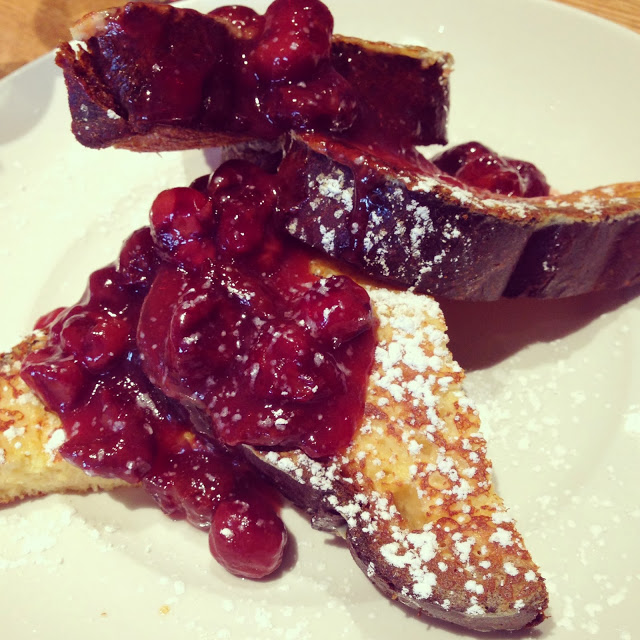 After brunch we went to see the film Nebraska. I was especially excited to see it because a lot of it was filmed in my hometown. Last fall I actually got the pleasure of meeting Alexander Payne and all of the stars of it (including MacGruber) and it was awesome. Will Forte and Mr. Payne were two of the most genuinely nice people ever. And get this, when I met Alexander he actually said to me, “You must be Taylor, I’ve been looking forward to meeting YOU.” Guys, Alexander Payne said he was excited to meet me. I’m sure he says this to everyone he meets because he’s just cool like that, but still. It’s something I won’t ever forget.

I know the film hasn’t gotten the best feedback from my fellow Nebraskans because some of them took a little offense to it, but I really liked it. Who cares if it mostly just portrayed the hicks from our smallest towns around the state? Newsflash- we’ve got a lot of them, but so does every state. No reason to get all upset by it.

After the movie we once again ventured out into the cold to head to zoo lights at the Lincoln Park Zoo. We lasted about ten minutes before saying screw it and walked back home. It was just way too cold to be outside. 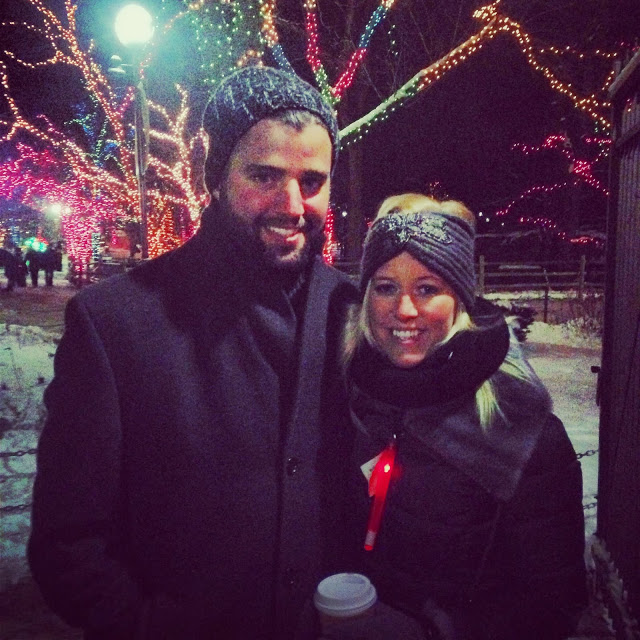 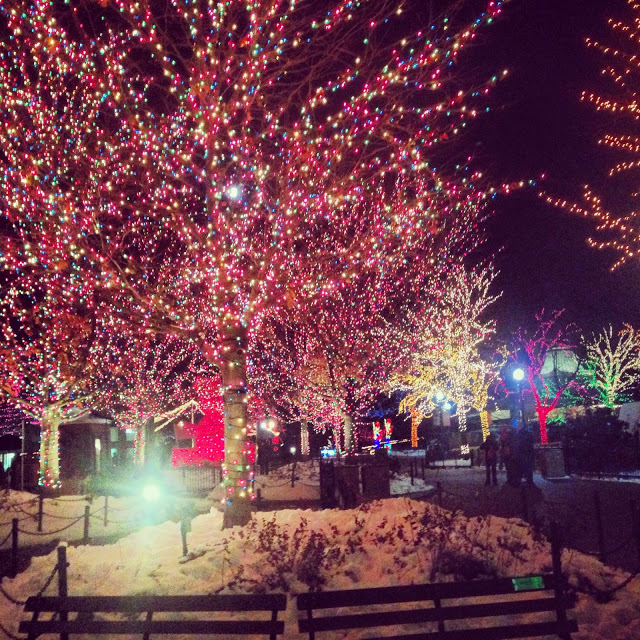 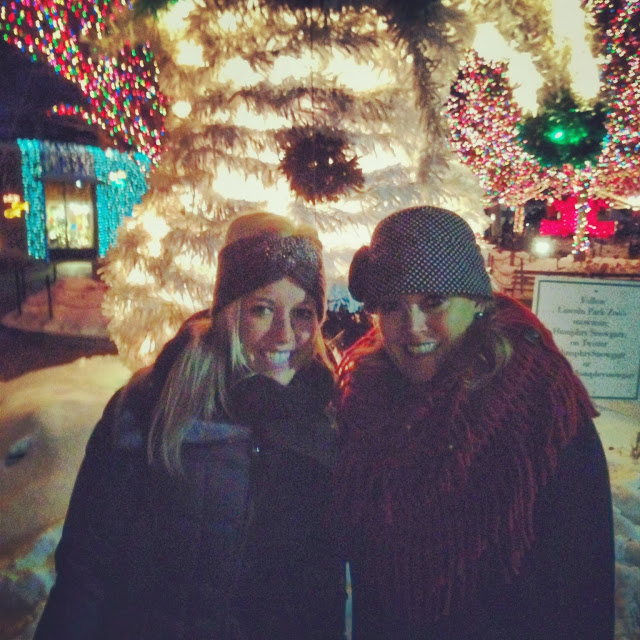 As you can see, it was a pretty great weekend. As for tomorrow I’ll be spending all day long on this stage at iO preparing for my first Monday Night Live show I’ll be acting in. I’m in about six sketches and haven’t even began to start learning my lines. So wish me luck on that… 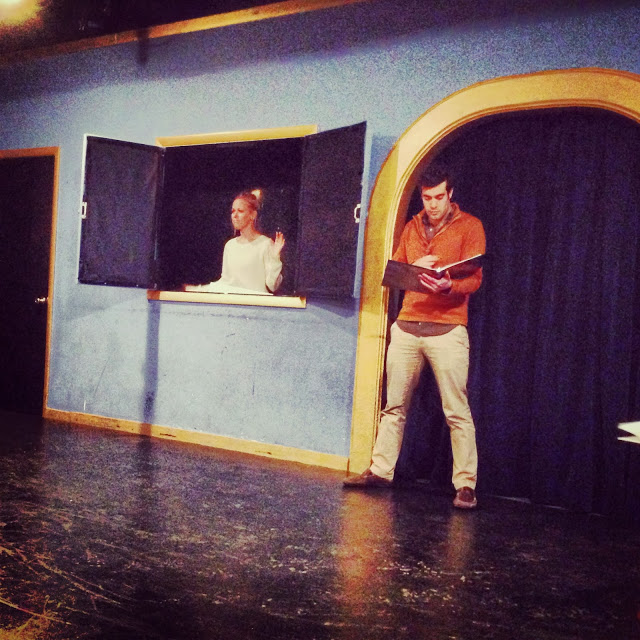 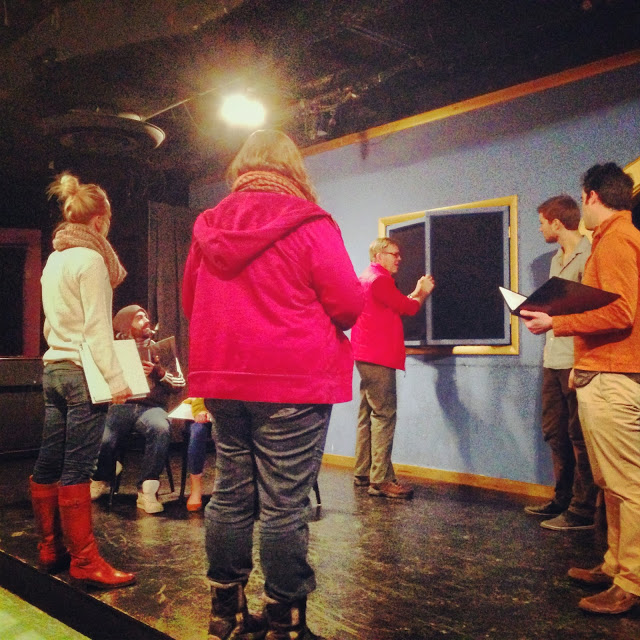