It’s time for another edition of Limited Too Tuesdays, a post in which I look back through my old diaries to see what middle school me was up to. 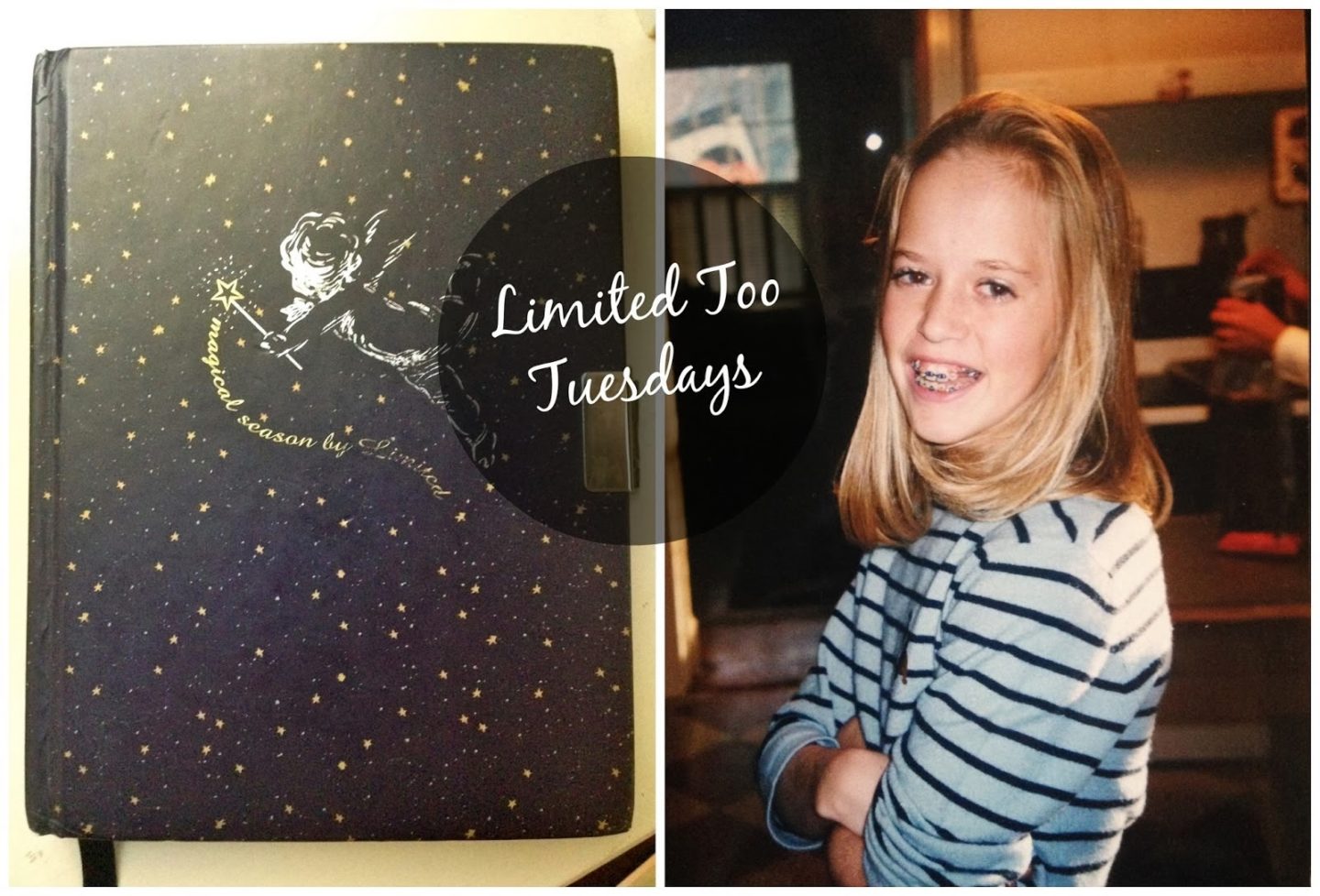 Today’s selected diary entries reflect the importance of boobs. Let me just preface this by saying I hated everyone with boobs. I loathed them in a way that was unnatural for a little girl from Nebraska to loath someone. Likewise I hated tight shirts, swimsuit parties, revealing Halloween costumes, or any other type gathering where someone with big boobs was allowed to show them off. 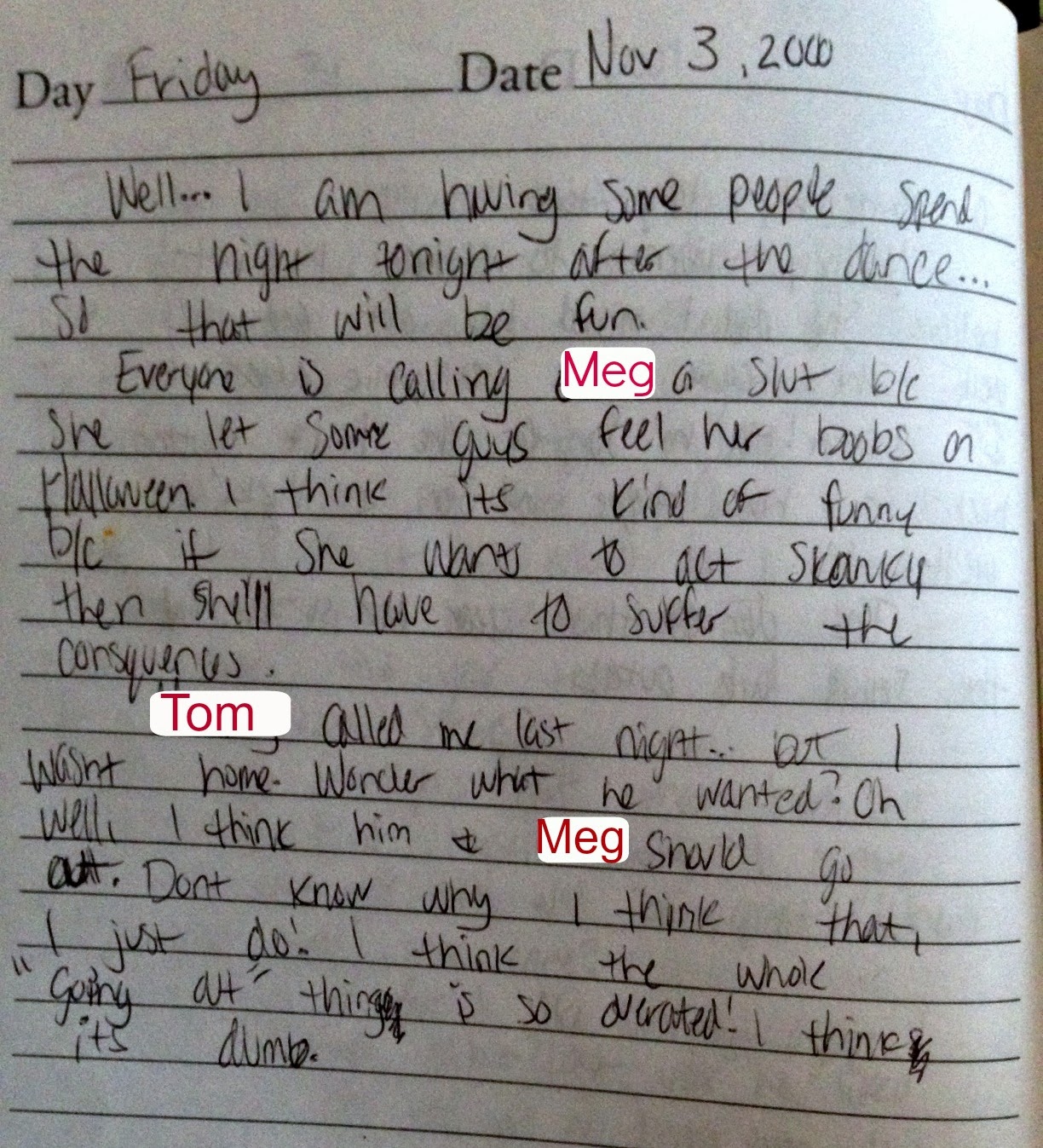 And oh the days of missing a land line phone call from a boy because you weren’t home (presumably I was at the YMCA.)  It’s sad to me to think that the younger generation will never know this thrill. I am happy to see I realized at such a young age how “overrated” going out is.

Let’s look at one more entry on the subject of boobies, what do you say? And yes, this is the same “Meg” as before, just six months later. So as you can imagine her boobs have gotten even bigger!
Thursday May 10, 2001 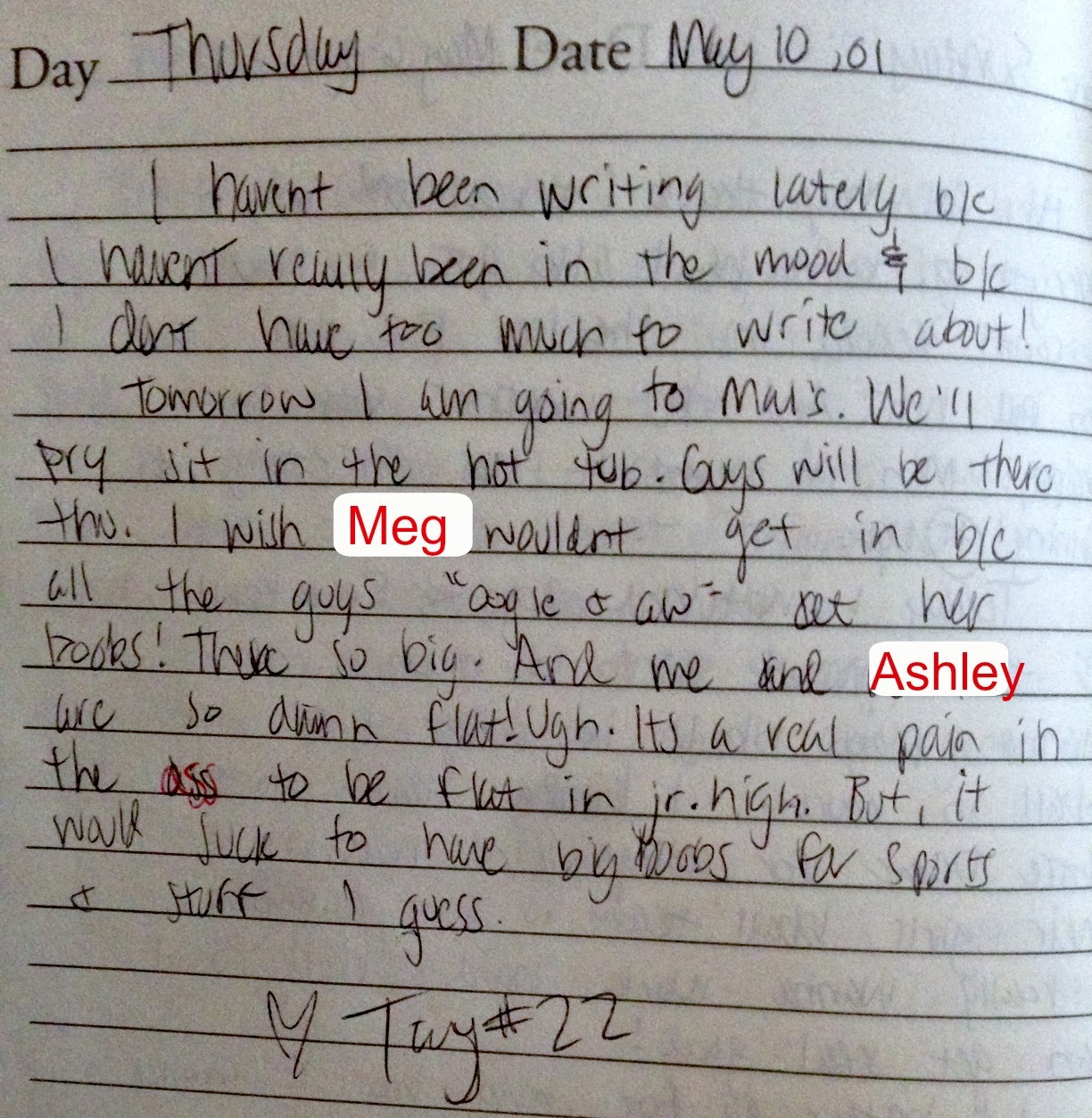 Did I make the word “ass” red to try to scribble it out, or really add emphasis? I’m not sure. I do know I signed “Tay #22” to really drive home the sport notion.

Be nice to each other today, you never know who is writing about you in their diary.