This past weekend was a good one. It was a breath of fresh warm air that was desperately needed here in Chicago.

Friday night was spent grilling out on our patio for the first time in six months. Six months! That is far too long to go without a good grilled dog and some potato wedges. If you google ‘Merica this meal will pop up. 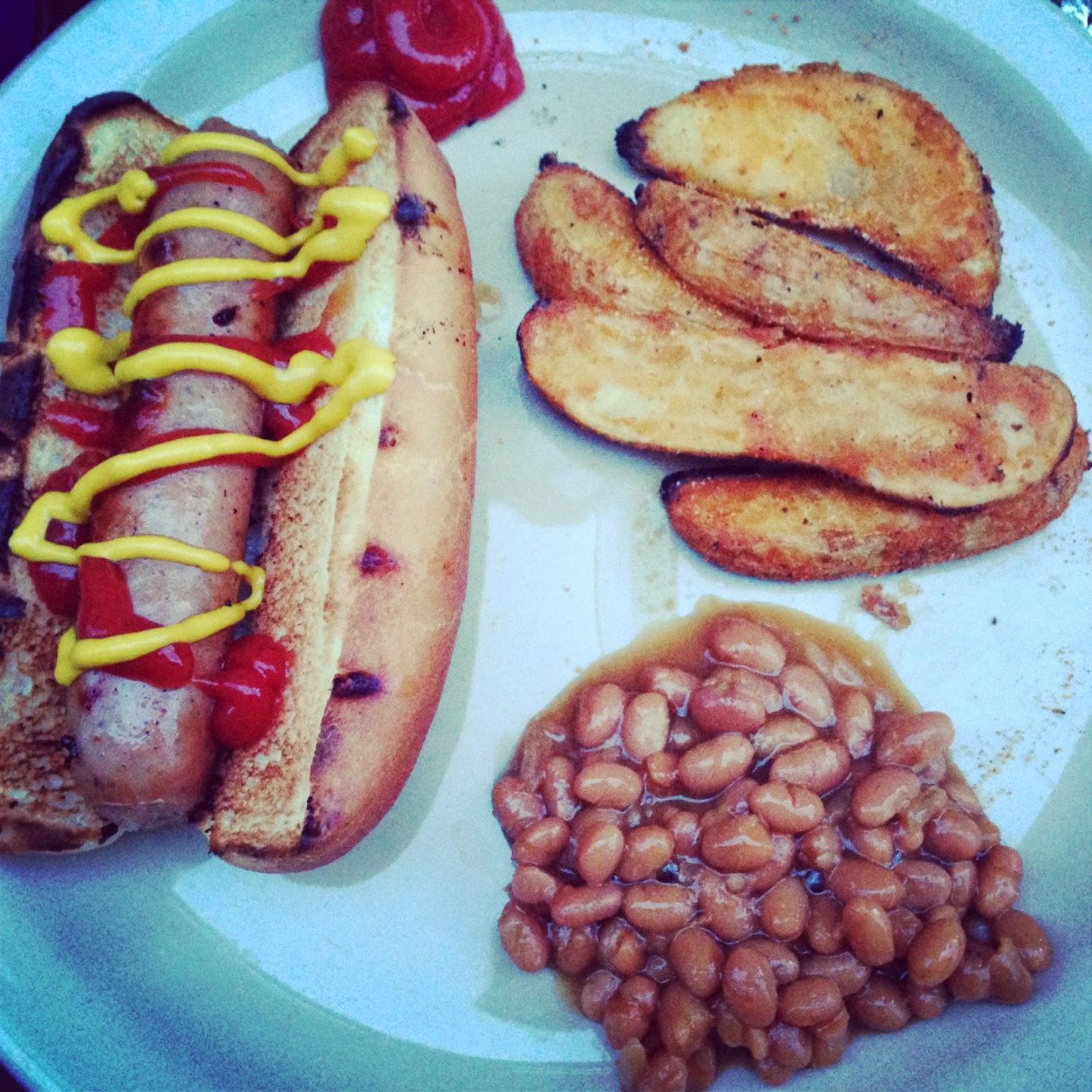 And then Harlow begged for a little ice cream for dessert. Don’t worry, there wasn’t any chocolate remaining. Although a part of me thinks that whole “dogs can’t have chocolate” thing is a total lie made up by cats. 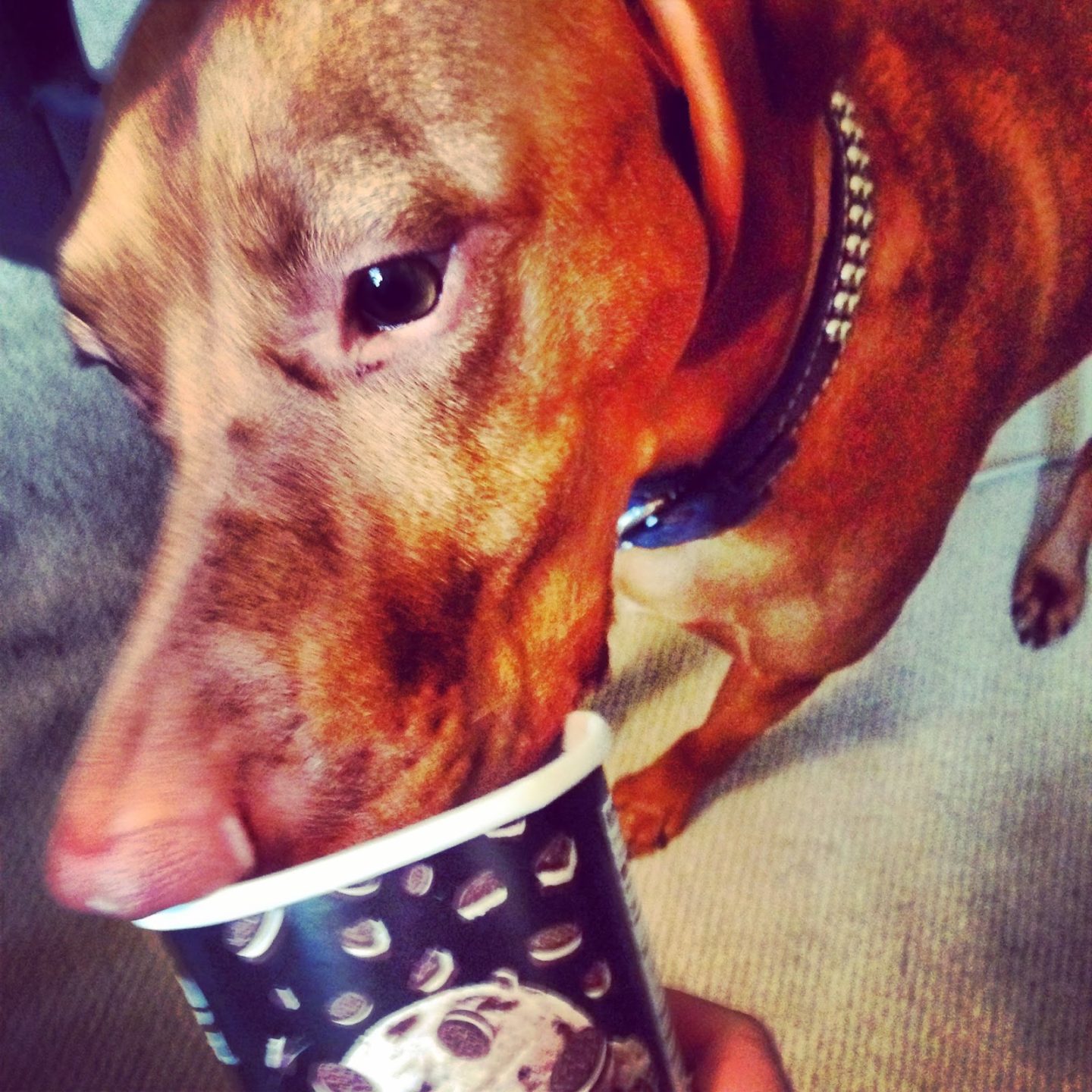 Saturday we jumped on our bikes and headed to Wicker Park to have brunch at Carriage House.  This is some sort of egg, truffle, and grits combination that was deeee-licious! 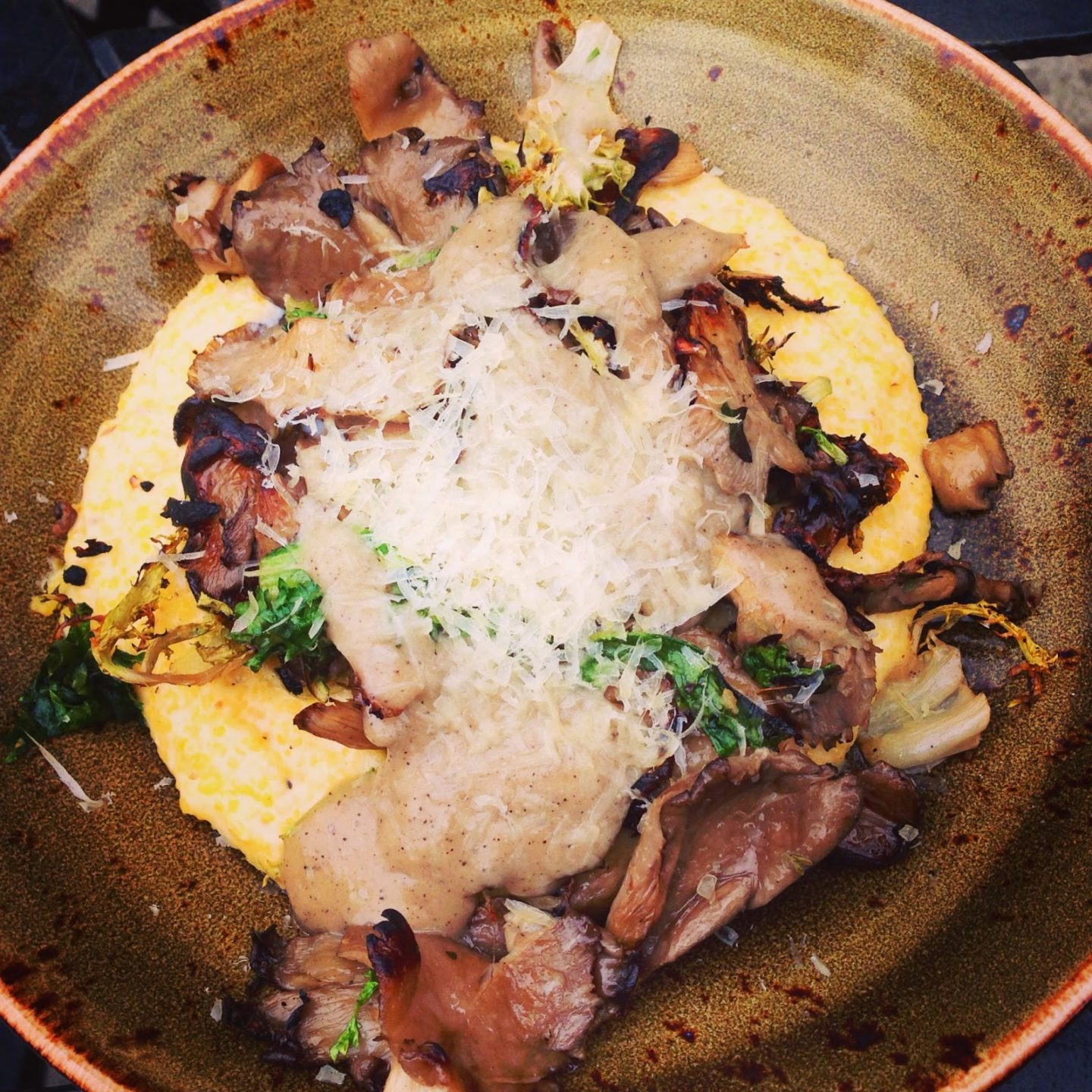 And a side of bacon because why not? 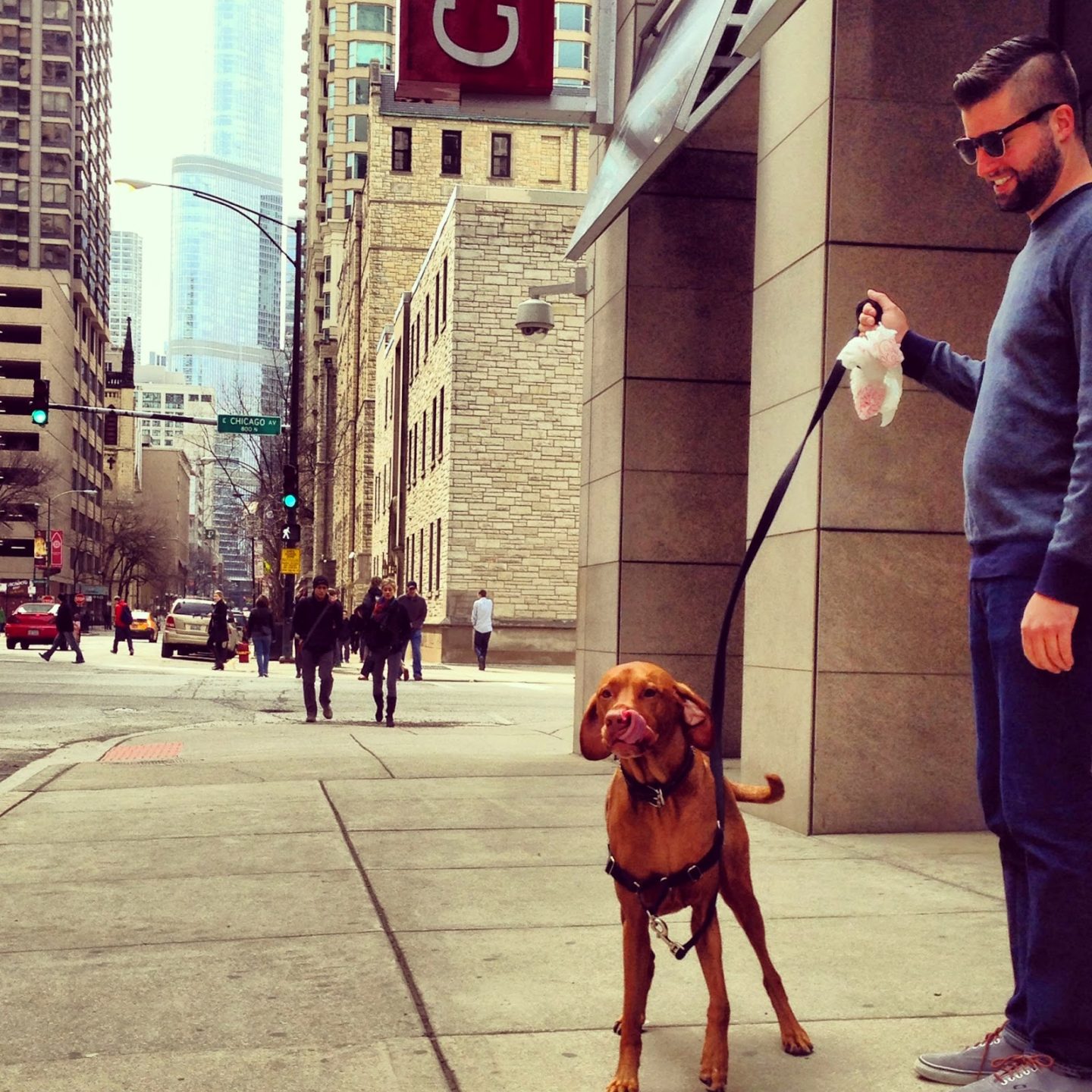 After brunch we went back home and grabbed Harlow to bring him to the beach to walk along the rocks for a bit. 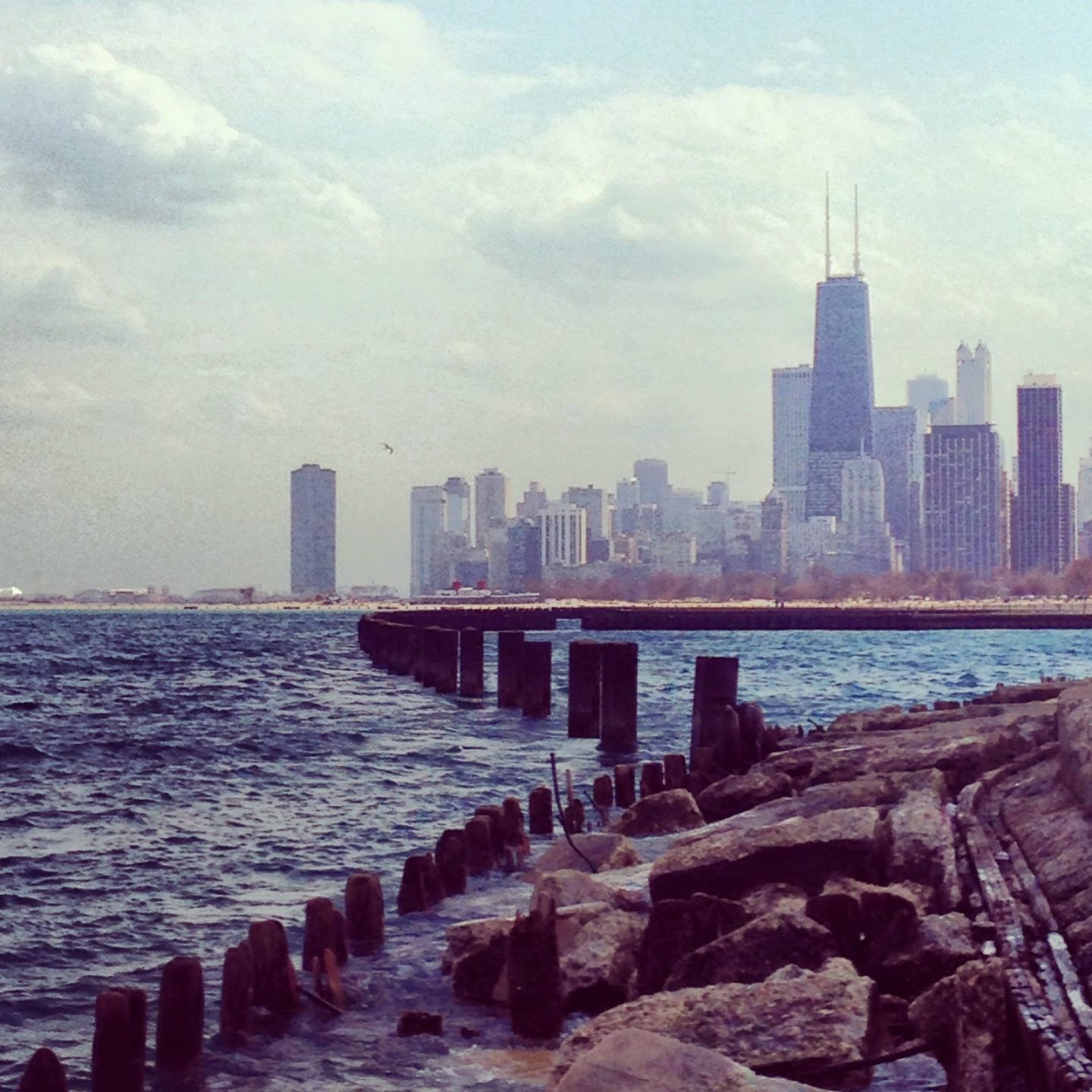 But of course Harlow jumped down too far and then panicked when he couldn’t get back up. It looks like he’s smiling but this is actually his “Oh no guys, help me. HELP ME!” face. 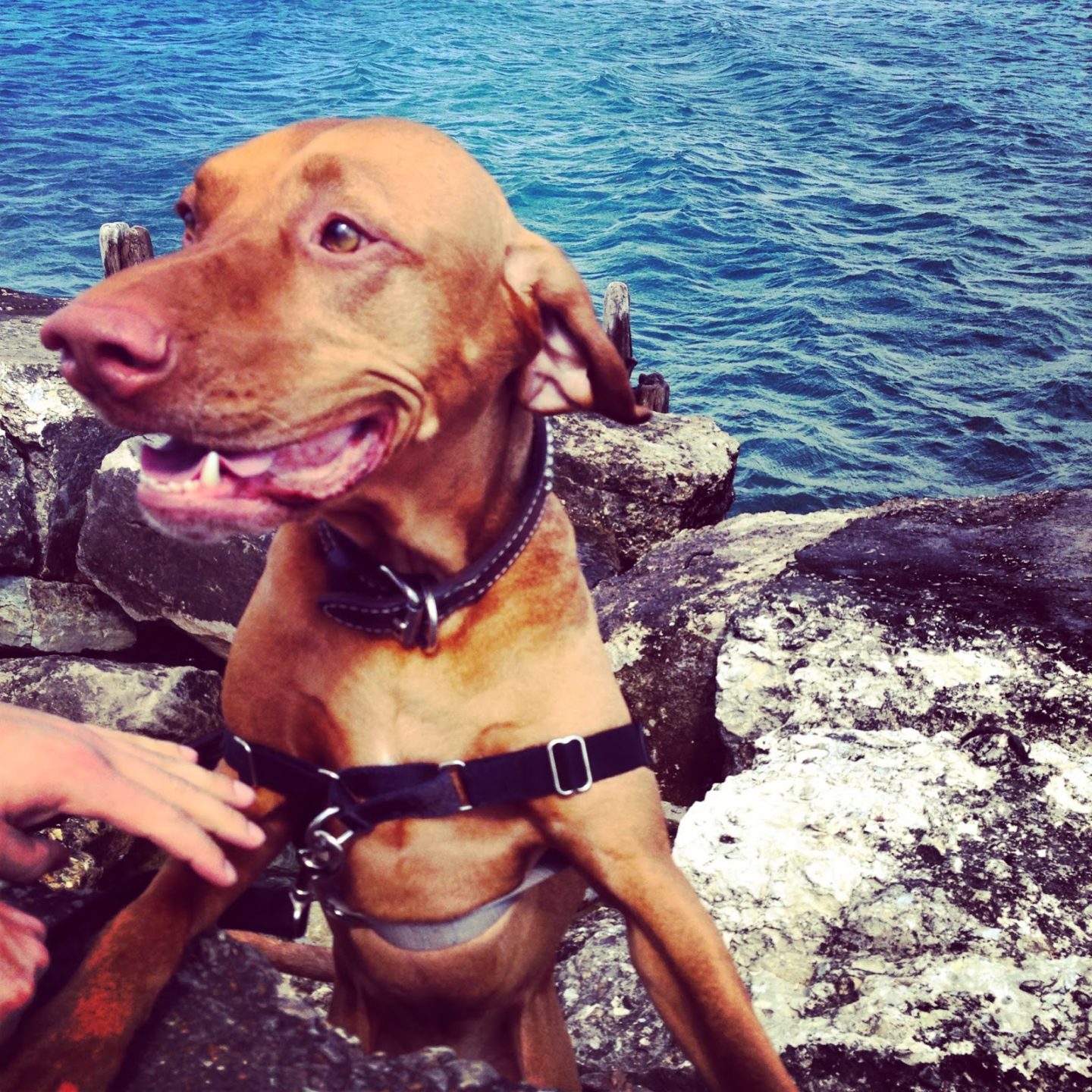 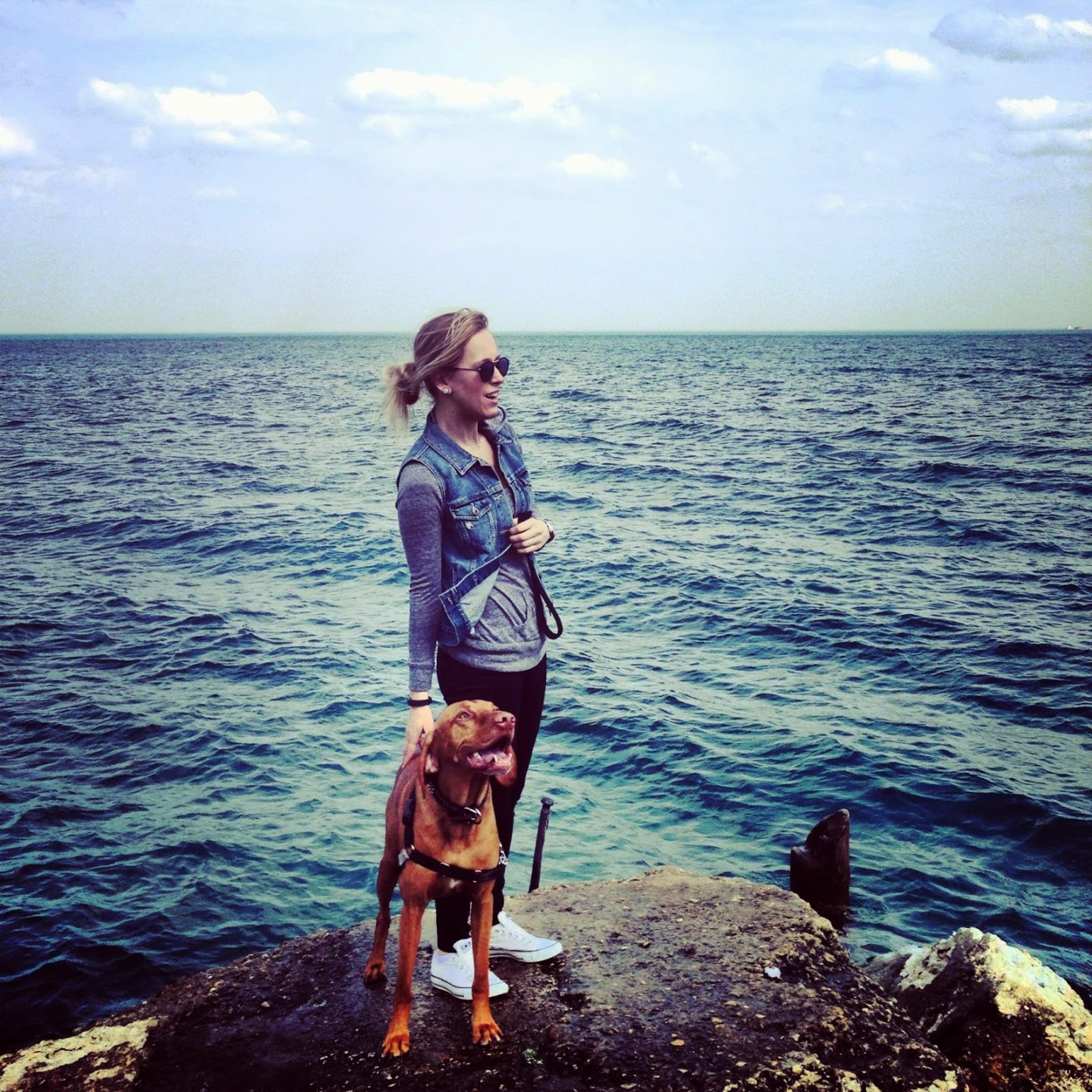 Saturday evening we were happy to see our favorite DQ had opened its outdoor window again for the season, so naturally we had to stop. Harlow said it was his treat. 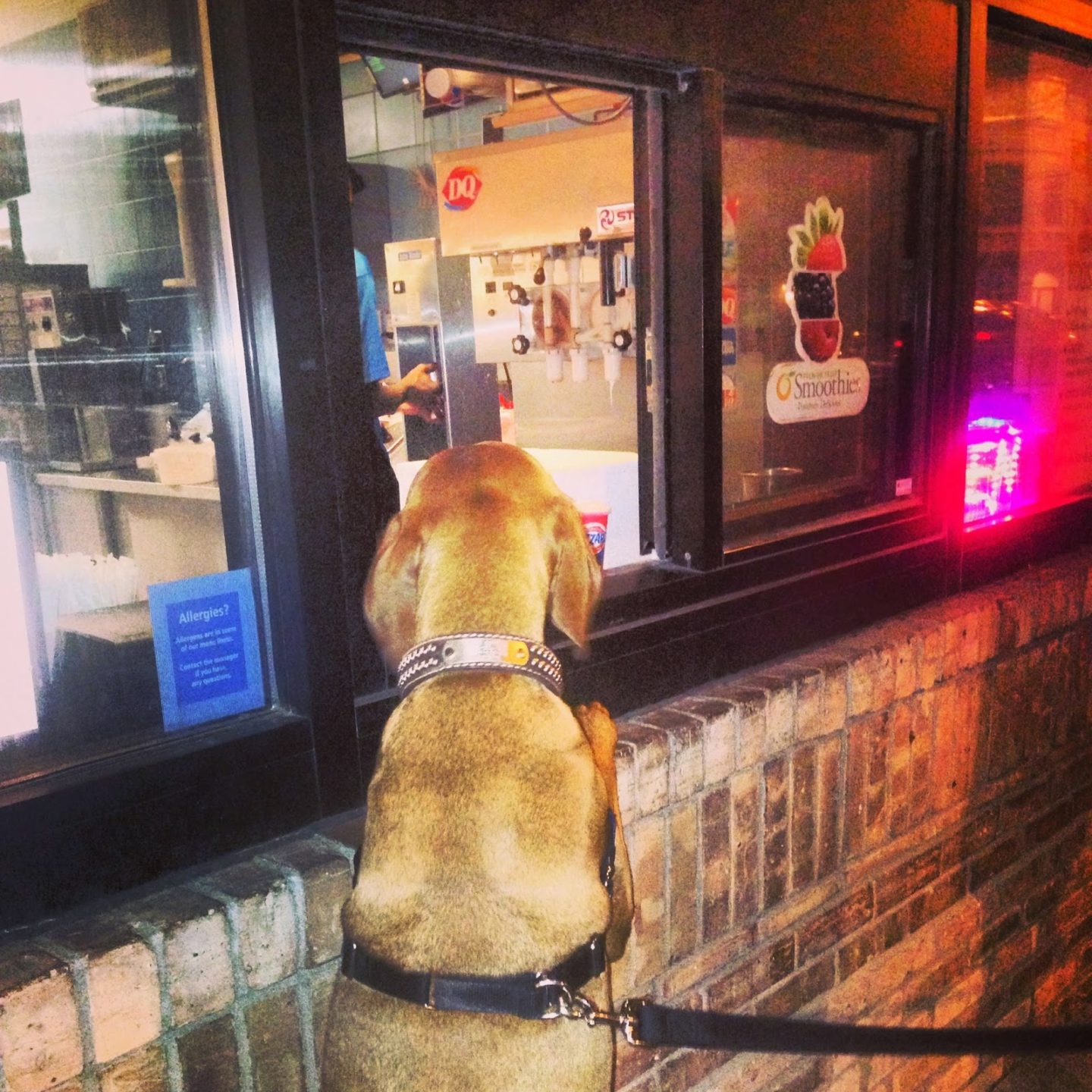 And back to the beach we went on Sunday morning to enjoy the warm weather before the snow is rumored to move in. I’m really really hoping it doesn’t come. This weekend was such a tease. 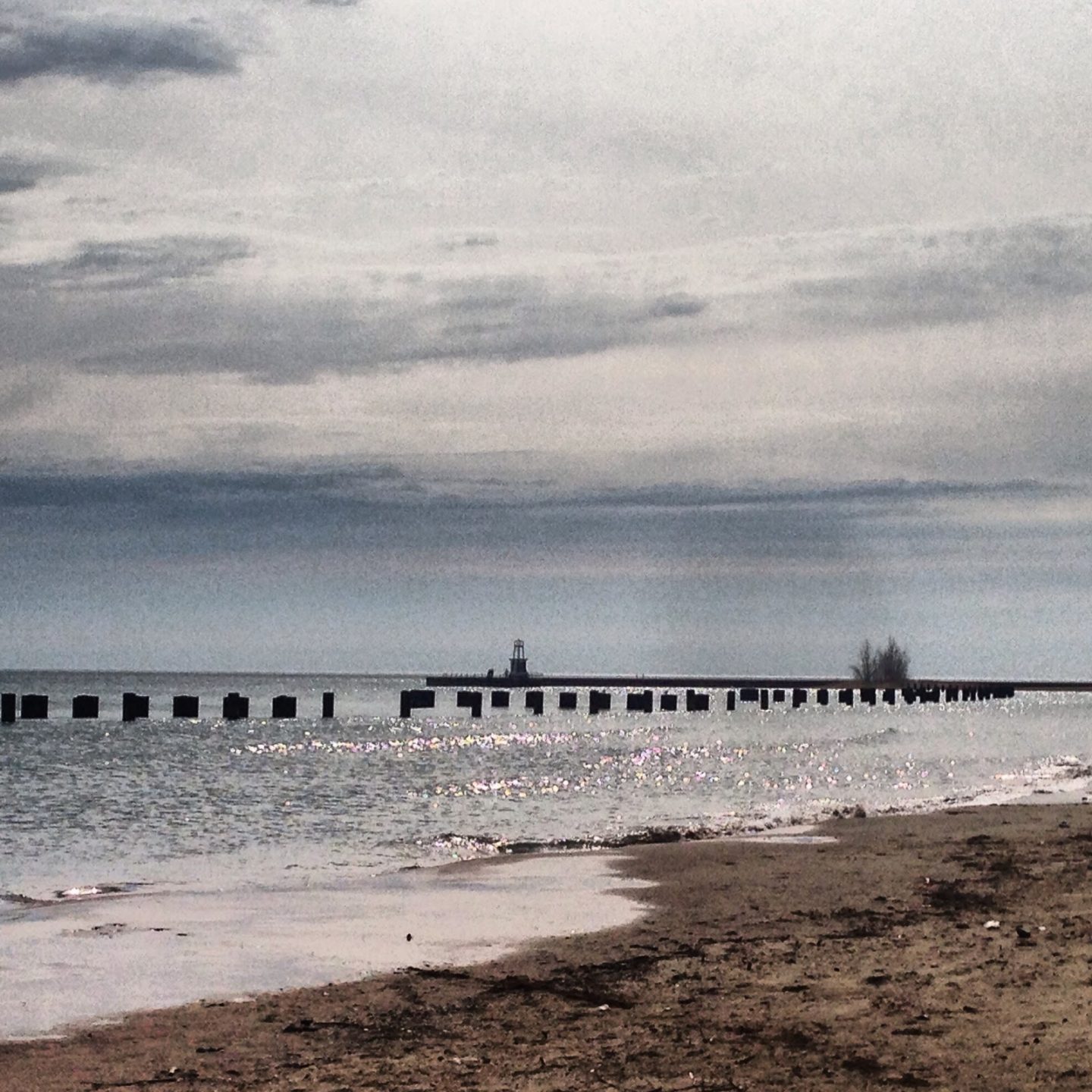 Like I said guys, it was a good weekend. This city is just the best. And now per the usual I’m not super excited about Monday showing its face.

Anyway, before I sign off I’m going to share a little blip about the hilarious site, Melanys Guydlines. I was sent this recap from her assistant and I’m pretty much impressed by anyone who has an assistant. Not to mention she’s basically a social media guru and has over 26,000 fans on Twitter and Facebook. I’ve corresponded with Melany quite a bit over the month and not only is she incredibly nice, it’s also easy to tell she’s incredibly savvy and knows how to run a great site! I’d recommend staring with this post, or this post. Both are great for those of you wanting to learn more about social media.

“Melany is a tell it like it is, hold nothing back blogger, and Beverly Hills queen of snark. She will tell you that snarky is witty but younger and better looking. Her blog, Melanysguydlines.com is full of hilarious TRUE STORIES about being young, single, and navigating this crazy world with a huge dose of humor. She says what most are thinking but do not say themselves. Think Chelsea Handler with a splash of Perez Hilton.

A trusted taste maker and social influencer, Melany loves to give back to her readers through contests and sweepstakes ranging from electronics, jewelry, clothing, exclusive Oscar Gift bag items all from rockstar designers, like the one who dresses Def Leppard.

When she’s not busy blogging “true life comedy gold,” Melany can be found on Facebook and Twitter interacting with her 26,000+ fans and followers . More than just a blogger Melany has earned the title of “Social Media and Marketing Guru,” and has amassed an immense following, with stellar engagement on all social channels. A professional in the music industry, Melany has worked for major entertainment giants such as MTV, Irving Azoff and William Morris. Knowing the business inside and out, Melany has no shortage of hysterically epic and true tales of what it’s like to be a rock-star or at least party like one!” 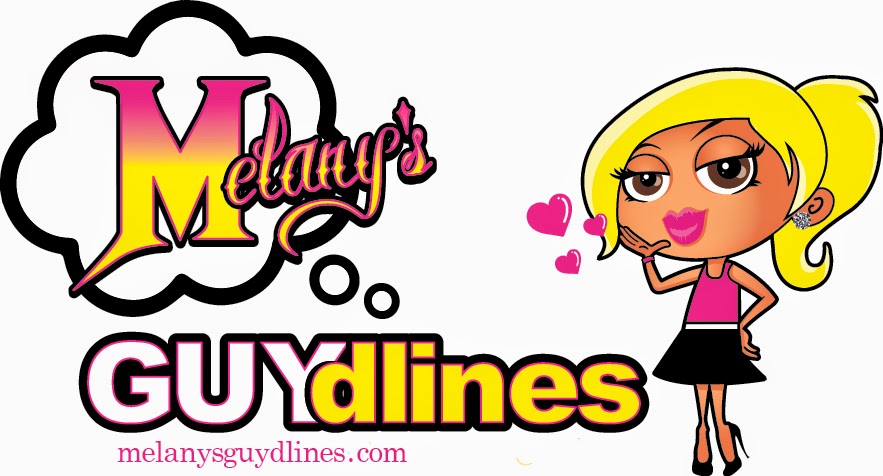