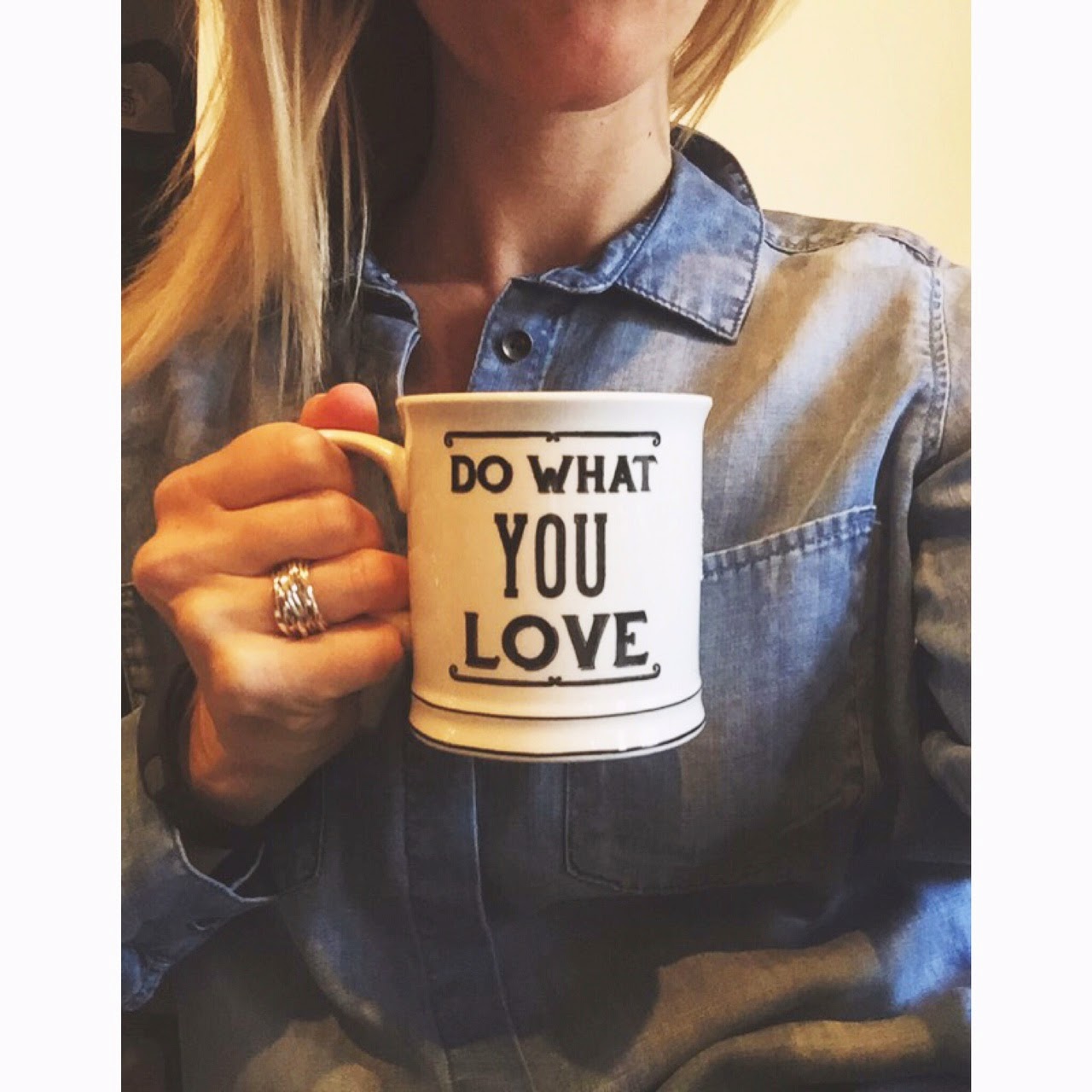 And now a post to explain my Instagram behavior to all of my non-blogger friends in this world.

Whenever someone I know adds me on Instagram I want to pull them aside and give them a heads up about what they’re going to get. Because I know what you’re thinking, non blogger friend of mine, I post some weird shit sometimes. That I do. I will not deny this.

Said weird stuff can include but is not limited to: Photos of coffee mugs that might leave you thinking, why is she posting a photo of a coffee mug? It’s a mug. I don’t get it.

Photos of just my feet on a white rug, as if to say look at my feet everyone! They’re there!

Photos of me sitting down holding something stupid like a planner or an agenda. i.e. another headless photo.

Photos of my hands strategically placed on my computer as if I’m actually still typing as I’m taking this stupid selfie.

And last but certainly not least, the mother of all “what the hell is that photo all about” photos, my personal favorite, the “look at all of my things I own spread out on a whiteboard” photo. Talk about a a beauty of a photo. When done right this glossy photo takes the cake macaron. (That’s a blogger joke.)

And now to uncover the reasoning behind some of these weird photos.

First and foremost, often times blogging is pretty awesome and we get sent free stuff we have to post on Instagram. We “sell out” if you will. No sense in pussyfooting around this first one because it’s the truth in the matter.

But here’s another factor, you know when you work in an office and you start to pick up certain behaviors or similarities of your coworkers? Overtime you start to like the same things and share some of the same hobbies. You might not have liked some of the stuff they liked initially, but it rubs off on you. This is kind of what it’s like to be a blogger on Instagram. Or at least that’s what I tell myself to make me feel better. It’s not because we’re all lambs.

I’m not sure about the average joe, but I follow a lot of lifestyle/fashion bloggers who have mastered the art of faking a beautiful filtered life. Like these girls are masterminds at making life look pretty and #thatsdarling.  If you look at their Insta stream, almost all of their professional quality photos are basically the exact same. There’s usually just one minor detail that’s different, it’s like one of those games, “spot the differences in these two identical photos!” Only it’s their entire feed! It’s oddly beautiful. And also slightly terrifying.

As much as I loathe the weirdly posed photos of stupid shit, I love them. I love/hate them like I love/hate Gigi Hadid. I want to hate it, but I can’t look away. It’s so pretty. And it’s fun to imagine a having a pretty life full of decorative lattes and fingers clad in 100 ridiculous tiny knuckle rings. And who am I kidding, I don’t hate you Gigi, I love you!

So every once in awhile I get caught up in the stream of Valencia lighted images and feel the urge to toss in my own “look at me drinking coffee on a furry white rug” photo. I’m only human, what can I say. I know that to my blog peeps, it’s the norm. And to my non-blog peeps, it’s super weird. I try to embrace both sides. I guess my thought is this, life gets pretty ugly sometimes, so what’s the harm in sprucing it up with a filter or two every once in awhile? You hear me, girlfriend? No? Okay.

Then just for good measure I try to throw in a few pics of Harlow. Followed by more pics of me looking like an idiot.

What are your thoughts on Instagram? Raise your hand if you’re ready for a new social media craze. Anyone else itching to move back to good old fashioned creepy chat rooms? Middle-school me is raising her hand like a mad woman right now. Java chat for the win.