As predicted, this weekend got intense.

I think it might have been my last “big St. Patricks Day outing” in Chicago I’ve decided. I proved I just can’t handle it. And I’m okay with that, some people aren’t meant for the St. Patricks Day lifestyle. I’m one of them.

According to Chicago police, this was one of the more “disorderly years” in terms of idiots roaming the streets on the day the river turned green. I blame it on the nice weather. We’ve all been in hiding for so long we didn’t quite know what to do with ourselves.

When I left the house on Sunday morning to go pick up breakfast down the street it looked like the city had been to war the night before. Pieces of clothing, strands of green beads, dirty hats, broken bottles, and left behind food (among other disgusting things,) lined the sidewalks. The entire city looked hungover. It smelled like it too.

In hindsight, I think we started too early on Saturday. I’m pretty sure everyone in Chicago did. I watched girls dressed in bikini tops and green tutus get in a cab outside of our house around 7:45 a.m and thought to myself, this can’t be a good sign of things to come. I was right.

Bright eyed and bushy tailed, we left our house before 9:30 am. As we drove down Lincoln avenue there were lines down the street of people in ridiculous green attire trying to get into every bar. 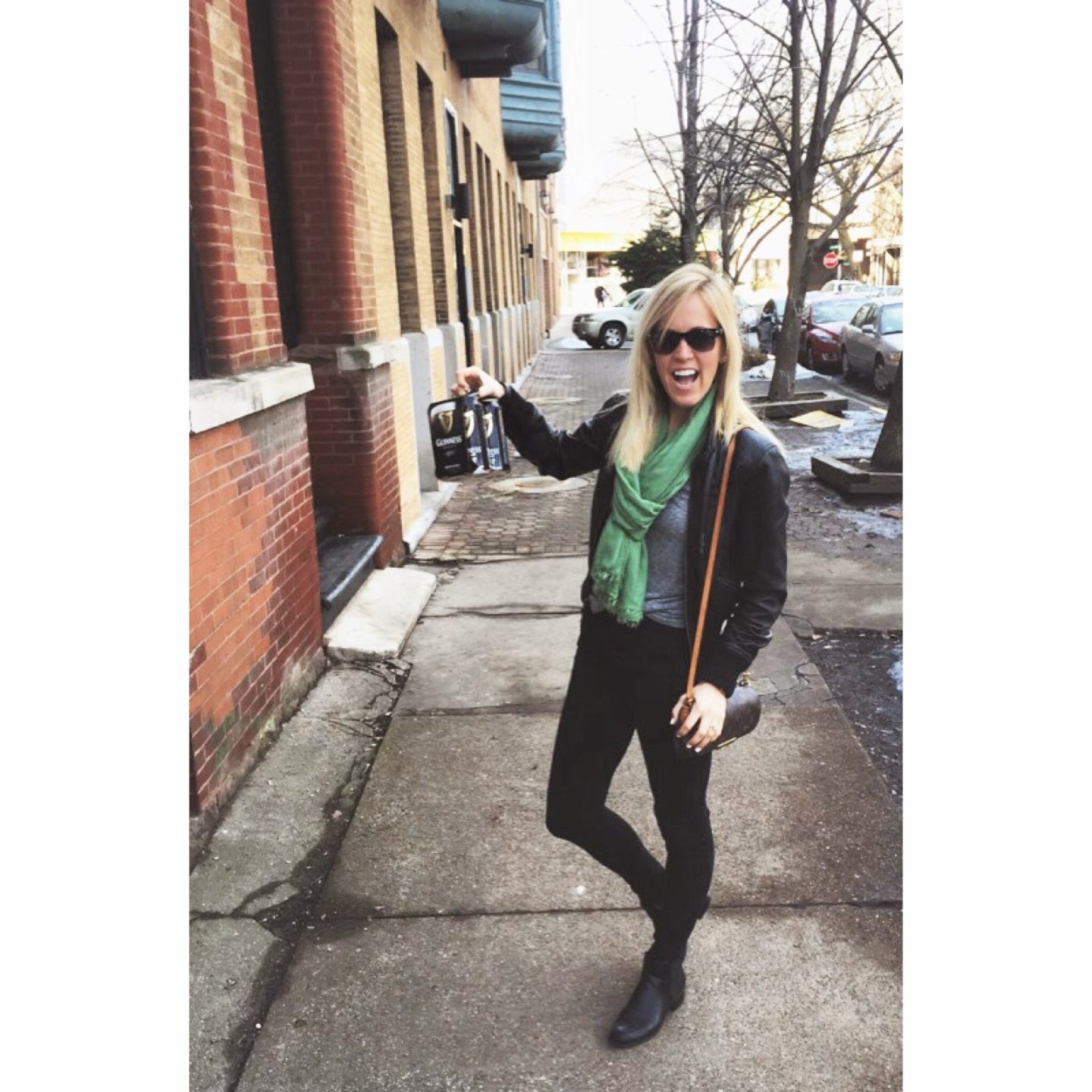 We went to a friends apartment to start the day by feasting on a classic Irish breakfast in an attempt to carb load.

I opted to feast on my Bloody Mary instead. And yes, I have more crappy/notblogworthy photos to come. Get excited!

At some point in the morning we started a friendly game of Tippy Cup, also known as Flippy Cup- to each their own. When I looked at the clock and noticed it was barely 11:15 a.m. I knew the day could only go downhill from here.

We took some Irish car bombs, a few pickle back shots,  some bad elevator selfies, and then set out to the next apartment. 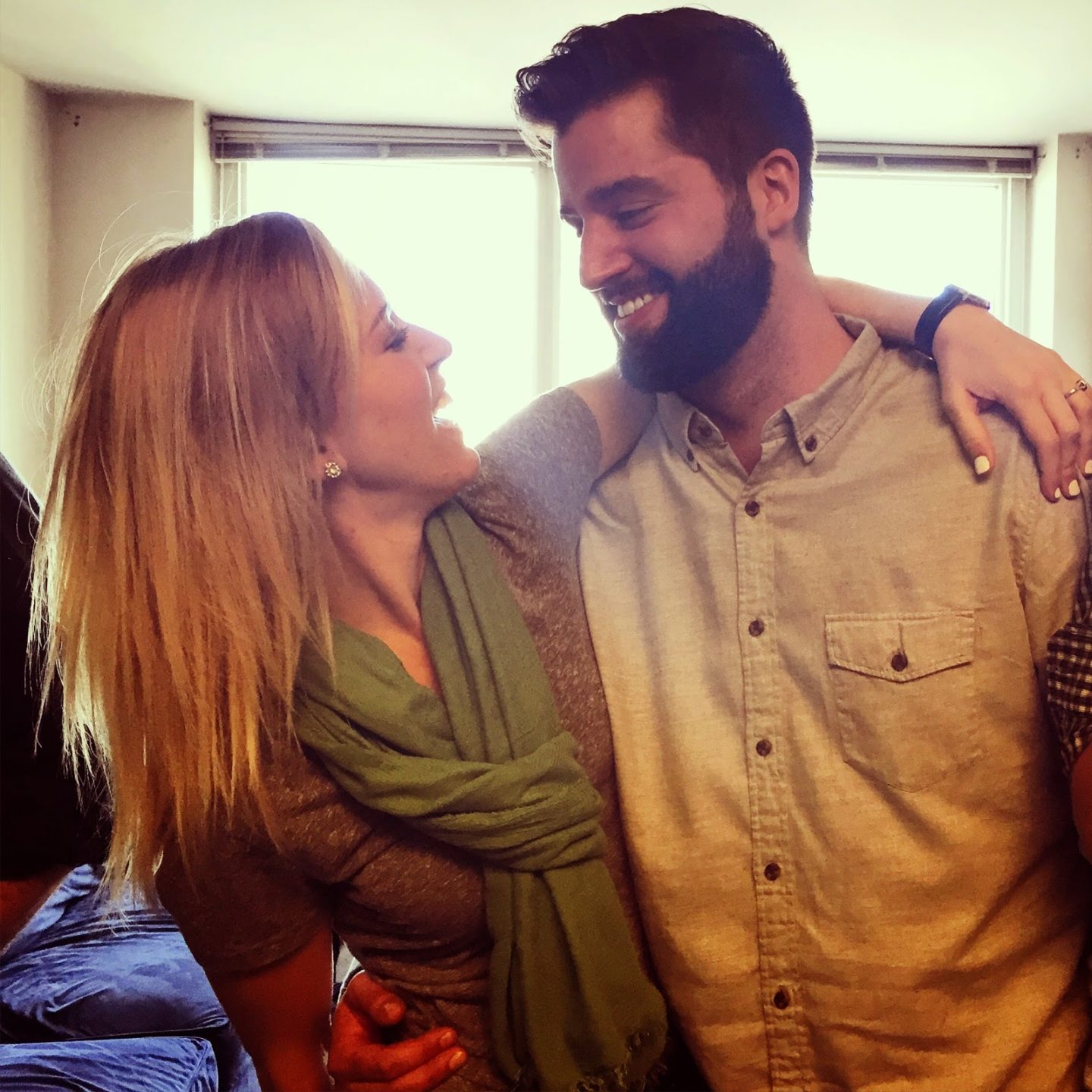 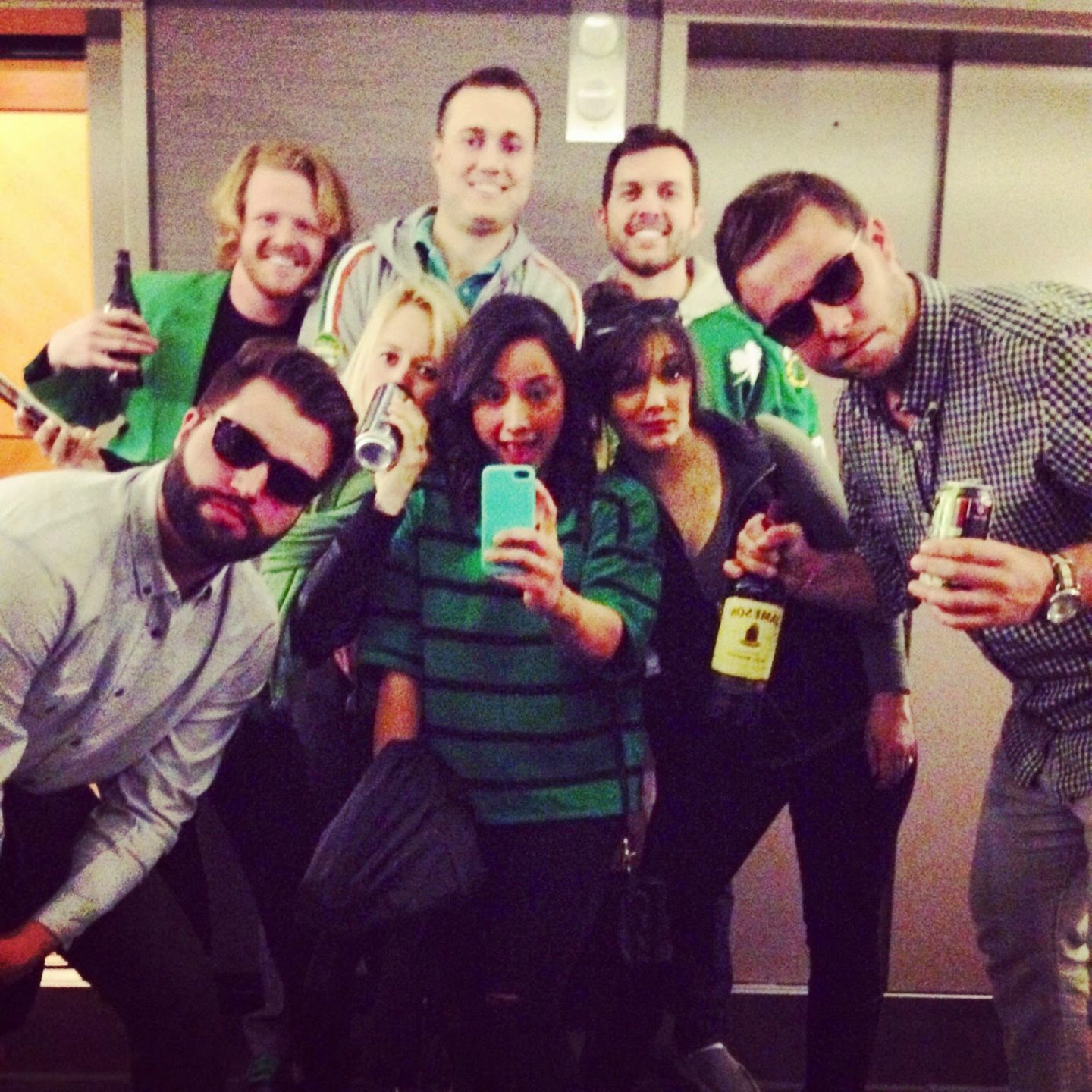 It was at this next apartment when things turned… weird. Without going into too much detail, one of the new “bros” at this next place threw a bottle cap at my friend Aly’s face and for reasons unknown, proceeded to be really big … how do I say this correctly… oh yes, assholes to her and I.

It was weird and unnecessary. We weren’t being loud or obnoxious, and for the record as annoying as “those types of girls” can be, I still don’t think that would justify getting a bottle cap thrown at one’s face. We’d only been at this place for about ten minutes and were simply trying to mingle with the crowd. But this kinda ruined the moment real fast. A few words were exchanged, things I probably wouldn’t have said had I not started drinking at 9:30 a.m…. and I’m still trying to decide if I got irrationally upset or not.

A part of me says yes, but a part of me says no. I’m tired of people being terrible to each other. More specifically arrogant, and often privileged guys who think they can say or do whatever they want to anyone.

See how this post just took a turn for the downer? That’s what happened Saturday for a moment.

But don’t worry, we bounced back.

We fought the crowds and stopped in a few Irish bars, saw the green river, danced in the street, and then Chris and I did our classic Irish good-bye (we left without telling anyone) and ended our St. Patricks Day the way we prefer. At Au Cheval for the best burger in town. 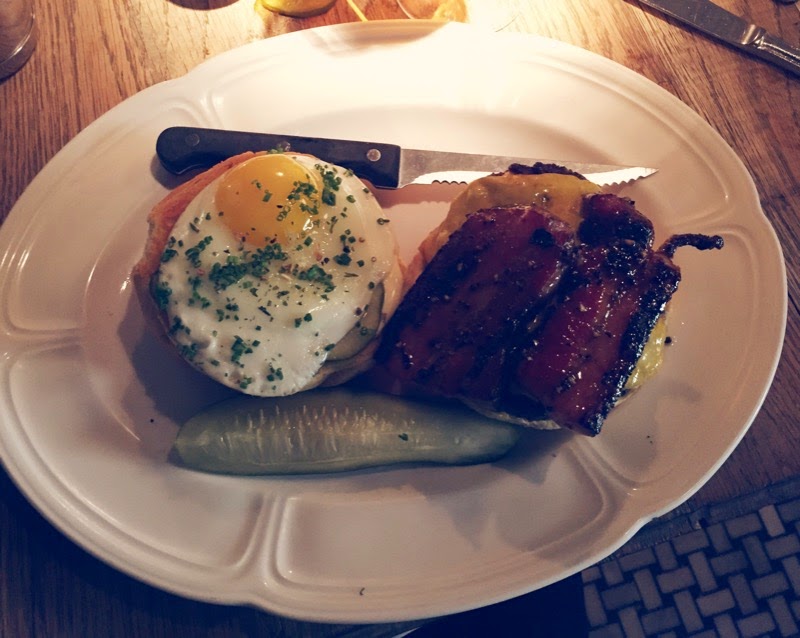 We weren’t home by 3 p.m. like I had hoped, but we made it back by 6 p.m before all of the real hooligans hit the street. The day was intense, but it was a good one. So good in fact I think I’ll be okay if I sit the next few years out.

And now I have four days to get my life together before we leave for London and Dublin on Friday! If you have any tips for either of these locations, send them my way!