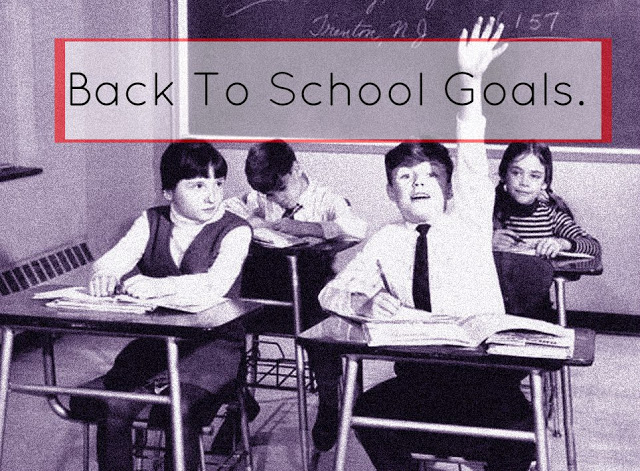 If there’s two things I’ve been consistent on in my life it’s making goals and writing shit down. The amount of notebooks I’ve filled up over time is absolutely ridiculous. Self-absorbed me has been documenting my life since the beginning of time.

So today’s post is brought to you by circa 1998 Taylor, as in let’s take a peak at one of my “back to school” notebooks from the start of sixth grade and the goals I set for myself for the upcoming school year. And just to give you a good visual in your head as to who was writing these goals, here’s a photo of myself on the first day of school. 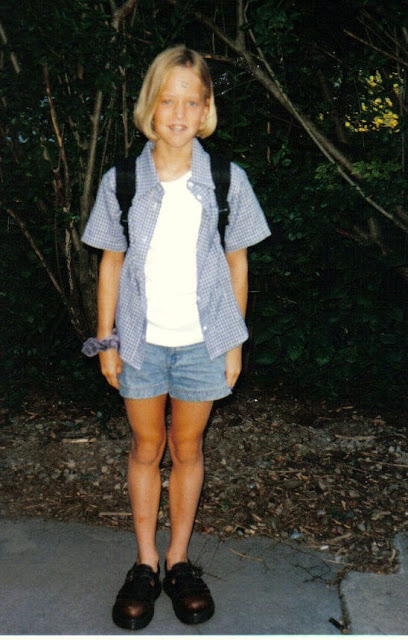 An eleven year’s old body with the feet of a fifty year old man. I love it so much. And a scowl on my face that says “my mouth is full of tight metal right now and everything hurts.” That scrunchy on my wrist though, that my friend is style. Someone is ready to murder sixth grade!

Now for these goals… 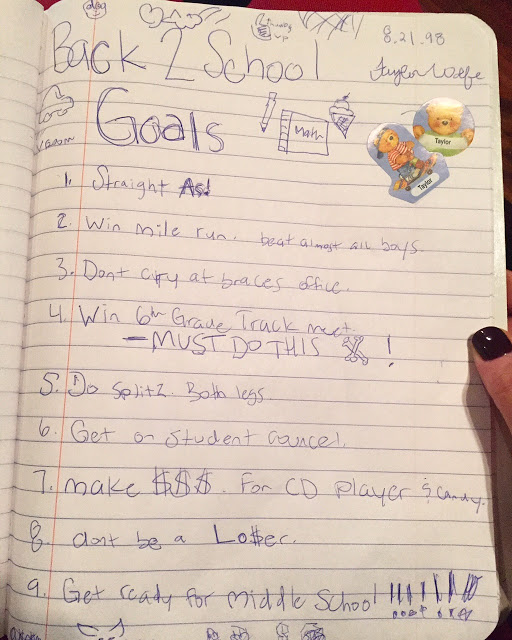 I would have lost it if #1 actually said “Straight Ass!”

So Taylor, what’s number one priority for sixth grade? STRAIGHT ASS! That’s all I’m after this year.


It actually says straight A’s because I was an intense little child and held myself to high standards. I can’t tell you how many times I hid my face in my desk to sob big sloppy tears during math lesson. To this day, I don’t know a greater frustration than trying to understand fractions. It just doesn’t make any sense!

#2. Win mile run.
I was a feminist but also realistic, I understood I could beat most of the boys, but there were just a few that I couldn’t catch simply because of genetics.

#3. Don’t cry at braces office.
To this day, I still can’t listen to Just Breath by Faith Hill because that song was always on the radio when I would go in to get my braces adjusted. I would lay in that chair staring at the ceiling tiles trying to make designs out of the bumps while the doctor’s fat hands yanked at my teeth and I would think to myself, I can’t breath at all Faith Hill, so please just shut the hell up.


#4. WIN 6th GRADE TRACK MEET. At all costs. (skull bones drawing means this must happen or I will die.)
I don’t need to tell you all how big of a deal this track meet was, I’m sure you get it. Winning it was basically like winning the Olympics. So yes, I did win it. And I am still collecting royalty checks and endorsement deals from such a monumental moment in my life. #dreambig

#5. Do splits on both sides. (with a “z”.)
This was my goal from 1993- …. well I’d be lying if I didn’t admit I still dream of being flexible. Literally. I have dreams where I can touch my stomach to my knees and just lie there comfortably showing the world this great talent of mine. But extreme flexibility as a kid was everything. You remember those super flexible kids from your childhood that you were pretty jealous of because they could do all sorts of weird shit? Exactly. You still remember them. They left a mark.


#6. Get on student council.
I wonder at what point in my life I stopped enjoying being a “joiner.” High school? College? The thought of joining any committee right now makes me want to hide in a corner.

#7. Make $$$ for CD player and candy.
Oddly enough, this is still the main reason I work today. First two CDs I bought: Kid Rock and Blink 182. When I think about this, I’m not sure I’ll ever be able to have kids. Because if I were to someday see my 11 year old daughter head-banging alone in her room to “Bawitdaba da bang a dang diggy diggy” just before she started to scream, My name is KIIIIIIIIIIIID…Kid Rock. I would have to leave immediately. And just never come back. Ever. Ever ever.

#8. Don’t be a lo$er.
It’s like I suddenly remembered the “$” symbol in number 7 and then wanted to make up for lost time. But this one bothers me. Because I know what I was like as a kid. I was arrogant and way too self confident. So I have a feeling I didn’t write this for 11 year old me. I think I wrote it as a cryptic note for myself to read in the future because I just knew I’d be lacking the same drive and determination as the kid wrote these goals. It’s like I’m taunting myself and I don’t like it.

#9. Get ready for middle school.
Because this will be your year to SHINE. New building, new friends, new boys, new life. Things are about to get real in 1999. It will be known as the year you wear your hair in knots/horns/twists/pretzels/ every-other-ugly-style you can find to replicate from your Delias catalog.