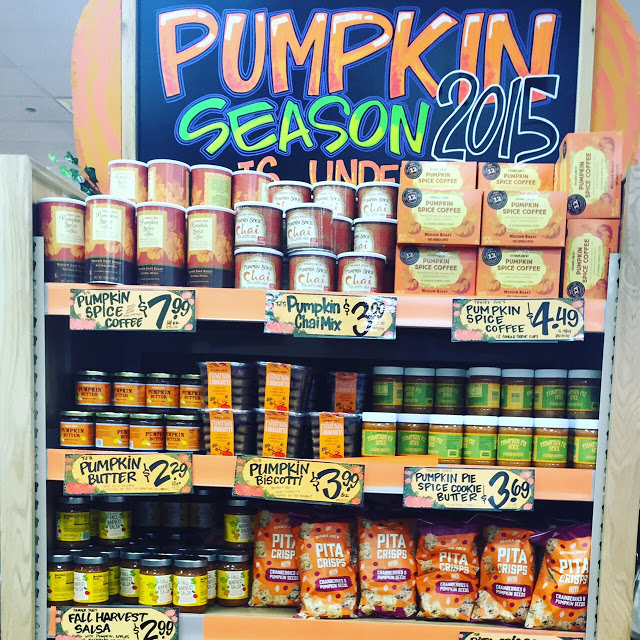 I walked in there yesterday and was greeted by a stand of pumpkins next to pumpkin cereal next to pumpkin bagels next to an employee wearing a pumpkin shirt. But when I looked closer I saw the employee was actually just a pumpkin pretending to be a person. Or maybe we’re all just people trying to be pumpkins?! MAYBE. I don’t even know anymore. 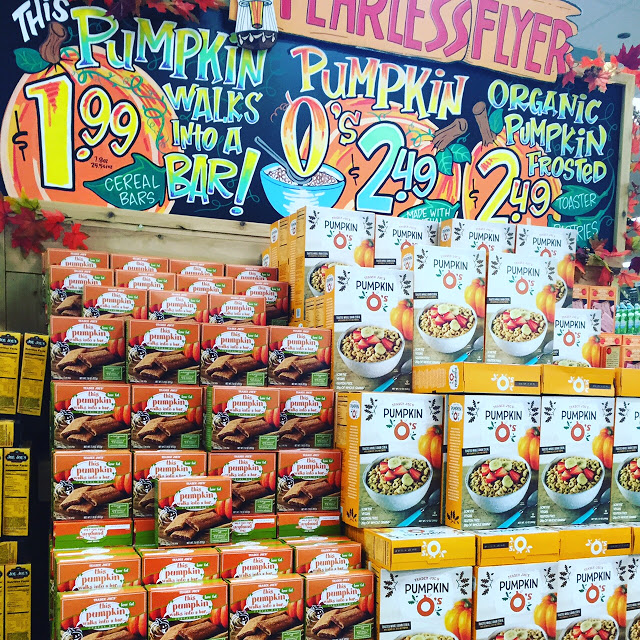 Now don’t get me wrong here, I like the pumpkin stuff- in moderation.

But it’s all gotten to be a little much though,  hasn’t it? Or no? Perhaps some day our children will look back and say,

“I heard there was a time when food wasn’t pumpkin flavored.”


“Like instead of pumpkin pita chips, they were just … pita chips.”

Sometimes when I walk into places like Trader Joes, or Whole Foods, or anywhere in America right now really, I worry there’s some sort of pumpkin takeover happening. *possible band name: The Pumpkin Takeover.

We should stop worrying about robots, aliens, and zombies and see what’s happening right in front of our faces. The PUMPKINS are making their move. They’re forcing grown women to play in their patches and the women admit they don’t even know why they’re there.

“I just saw a patch and we had to stop. I don’t even know why. But this is the most fun ever.”


(*actual dialogue I saw on Snapchat.)

I almost went to a patch the other day but I stopped myself and asked “WHY?” The only response I had was “to Instagram it” so I slapped myself with some cold water and went back to hiding in my house.

I predict next year at this time the newest thing women will be sporting is the patch. As in the pumpkin patch. They’ll be wearing it on their arm or behind their ear to get their fix. I think I just wrote a new fall inspired joke…

“I used to have no control over my cravings. If I didn’t get my pumpkin fix right when I needed it, I was a crazy person. I’d just start taking photos of pumpkins wherever I saw them. One time I actually climbed into a pumpkin just to be closer to pumpkins.


I tried to stop, but I felt dizzy and couldn’t stop vomiting. Thanks to the Pumpkin Patch, my life belongs to me again.”

Anyway. That’s it. I’m off to write a sketch for the Pumpkin Patch that I will later perform only for Harlow’s entertainment.