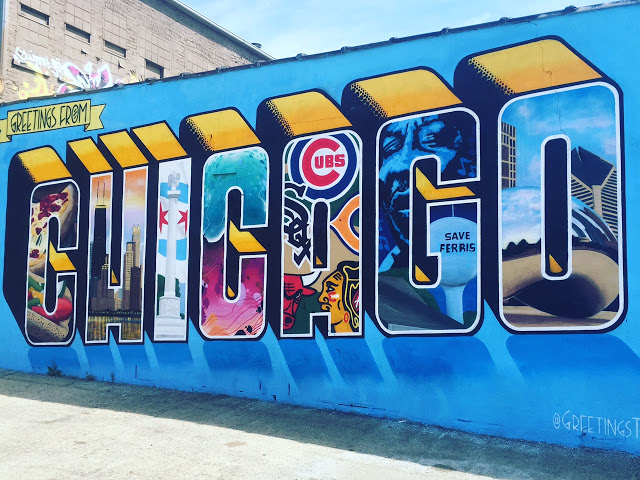 Let me give you a little glimpse of what it’s like to live in Chicago right now.

No matter where I’m at, or who I’m talking to, I’ve had the same conversation with people I don’t know, over and over for the past week. It happens at the dog park, my corner wine store, the dry cleaner, even Dennis the homeless man I talk to outside of 7/11 brought it up. It happens literally everywhere.

Person: “So can you believe those Cubbies?”

Person: “They’re gonna take it this year. Who would have thought? They’re going for it though.”

Person: “And they’re so young. But this is their year. Cubs are winning it all.”

That happened yesterday while I was buying my wine and talking with Lenny, the owner. Lenny gives Harlow free treats and Chris free beer. He doesn’t give me anything because I have a feeling he hates women, but I can tell he’s warming up to me.

And then later at the dog park.

Person: “My dog’s name is Wrigley, good time to have that name, huh?”

Person: “Crazy about them Cubs, huh?“

Me: “Yea, really cool though.“

Person: “This is their year. They’re gonna take it.“

Me/Person: “And they’re so young!“

Then we high five and go on our merry way.

I’m not kidding you, this is what it’s like to live in Chicago right now. The Cubs have taken over. Even White Sox fans are rooting for them. Wrigleyville is normally gross and obnoxious year round, but it’s even more so right now. And yet I’ve got a little soft spot for the drunken idiots walking around screaming “CUBBIES!” in the middle of the day, but it actually sounds like “COBBBIES” sometimes because they’re drunk and very Chicagooooan.

It’s fun to be a part of something with your city. It’s deja vu from this summer when it was all Blackhawk talk. And then guess what? Hawks won the cup!

Chicago is a sports city and everyone is on cloud nine right now. And even though I often get bored watching sports (especially baseball) I’ll never turn down a pre-gaming opportunity.

I hope we win it all. And I also hope the Wrigleyville mobs don’t start rioting after we do. I know they will, but I can hope at least.