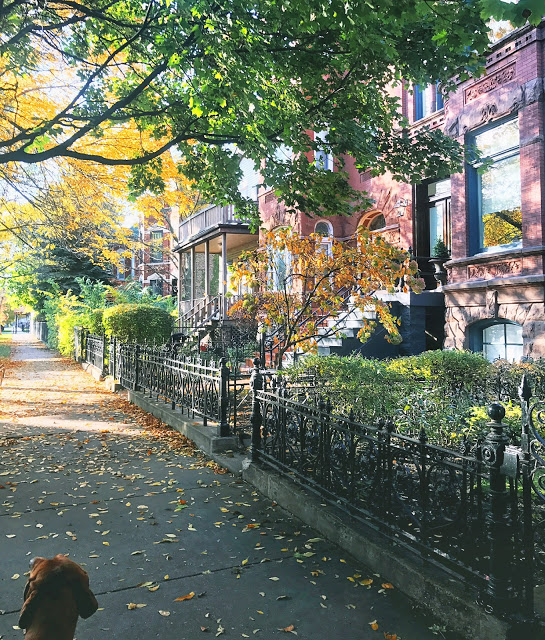 It’s been a hard week. Tensions and emotions have been high. I’ve touched on subjects I don’t usually touch on before, but it just wouldn’t have felt right not bringing them up.

And now I’m about to talk about another hard subject. Something many of you may wonder why I’m even going to bother going down this road. What good can come from it? But I always try to speak the truth, and the truth is that this happened to me. Perhaps in writing this I may found out that it’s happened to some of you, as well. So here it is.

It was a beautiful fall afternoon.

The type of day where I could get away with simply a vest over a sweatshirt, no scarf necessary. Yellow leaves littered the sidewalk as Har and I took our normal post-lunch jaunt around the neighborhood. Might be the last really nice day, I thought to myself, as I have every day since the end of September. And so Har and I walked a little further than normal in an attempt to really soak up the sunshine.

We were two blocks from the park we were planning to go to (which was roughly a 20 minute walk from our house) when it hit me. The feeling that makes your hair stand up on your arms, sweat instantly gather around your forehead, and the thought of “what the hell did I eat for breakfast?” enter your mind.


What it is a vuvuzela? Because that’s the sound that just came from my stomach.


I don’t know what you call it in your world, but in mine it’s simply called a “poop attack.” I know that’s not a pretty phrase, but there’s really no sense in pussy footing around here. It’s the human body. It’s natural. I think.

Given that this wasn’t my first rodeo, I was well aware of the fact that this first wave was simply a tremor. A teaser if you will, of the trouble that was about to come if I didn’t get myself to proper facility and asap. I calculated the time between when I first felt the thunder in my stomach and saw the lighting in my eyes and knew I had roughly 3.5 minutes before the next wave.

My options at this point were to call my body’s bluff and continue on, hoping it was just a false alarm, or I could start the long waddle home. I was at a crossroads. Literally. Starbucks to my left. Funeral home to my right.

The next wave came quicker and faster than the first and made the decision for me.

Given that I had Harlow with me, my options for public restrooms were limited, but I could tie him up outside of Starbucks while I ran in. But one quick glance to the left and I saw two other dogs outside waiting for their owners inside getting coffee (or perhaps suffering through their own attack) one shall never know because that option was just eliminated. Harlow doesn’t allow me to tie him up next to other animals, it makes him feel like a dog.

So I moved toward my right, back in the direction of my house praying that my bowels would not turn on me. They were clearly angry, but how angry I didn’t yet know.

And then the funeral home doors opened up and the sidewalk was flooded with mourning elderly people.


It was a busy street so we couldn’t just cross, instead we had to wait for the largest funeral in the history of funerals to slowly, ever so slowly, clear the sidewalk. 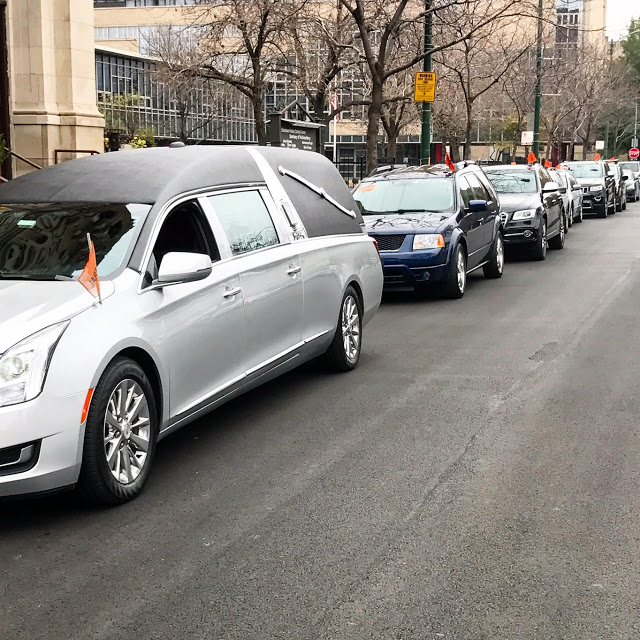 As the third wave hit I actually groaned and said aloud, oh my God I’m dying here. Not my best choice of words for the moment as several glares were thrown my way.

In a panic, we took a sharp turn down the alley. In case things got really really bad, I scanned my surroundings for a stray sock, an old shirt, a large leaf. Survival mode had kicked in.

My thoughts started to move to, if I have to do this- could I get arrested? I could tell the police what happened, certainly they’d understand. Unless there’s a school full of children nearby…


No matter how I looked at it, the outcome didn’t look good.

When we got to a stoplight and things seemed very bleak Harlow actually glanced to his “Harlow bags” then back at me as if to say, this one’s on me, I owe you!


Please no, I begged my body. And God. And the Universe. Whoever was listening.

Nobody ever wants to be in this situation, not ever. Not at a house party, or work, or on a street corner. It’s a terrible feeling. And it’s just not supposed to happen like this. It’s what nightmares are made of (and also stupid comedies.) And blog posts……..

We got to our final stoplight, the busy intersection of Lincoln and Wrightwood and 100 other streets. And what do I see?

A funeral procession of cars. THE SAME ONE.

You might think I’m making this up. And I wish I was. But it’s the truth.

The largest funeral in the history of funerals had a procession of cars that took up three stops lights.

Not one, or two, but three. Had the cars been at a standstill blocking the intersection I would have walked in between them, but they weren’t. They were moving at snail pace just fast enough to kill me.

Right as I was about to Bridesmaid myself in the street the last car came though. And Harlow and I ran like the wind toward our house (as much as you can in this situation, if you know, you know.)

I feel blessed to report that my story ended okay on this horrific day. But I know not everyone’s does. And I’m aware that this a subject no one wants to talk about, or read about, so if you’ve made it to this part, God Bless. I just wanted to open the dialogue for this and let you know that if you’ve been in this situation you’re not alone.

This is my PSA to the world.

And yes, I’m resisting the urge to make a terrible “Public Shitters Anonymous” joke here. It just came into my mind this second and I can’t help myself.

Okay I think I’m going to leave now. This probably should have wrapped up after “it’s been a hard week.” But I got in too deep and couldn’t stop. I’m done.

*This post will remain on my page until my mom calls me and tells me to take it down.