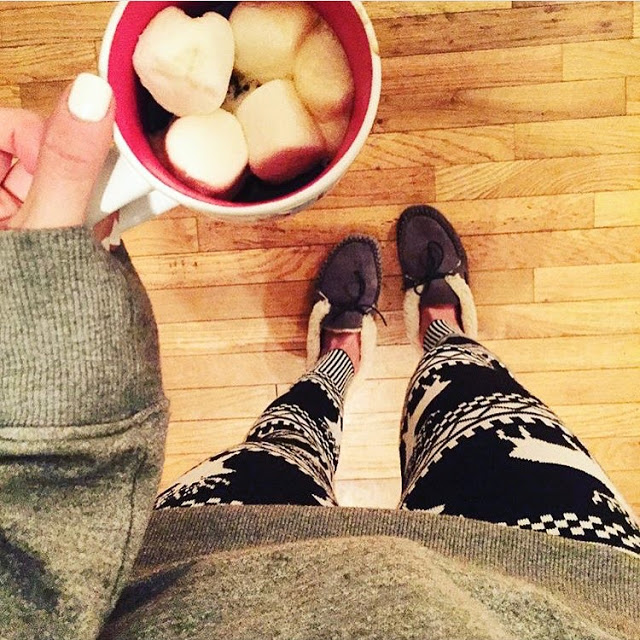 The flu bug struck our house around 1:00 a.m. Sunday morning.

I guess it actually struck 12-48 hours earlier according to WebMd. Who gave it to me? I shall never know. But it latched on to me hard.

In hindsight, I’m glad it struck this past weekend rather than Christmas week as it usually does. Does this happen to anyone else’s family? Every single year it seems… It’s a nasty bug this time around as it’s still hanging on a bit today in the form of stomach cramping and a headache that won’t budge.

That’s the thing, I always forget how terrible the flu is until I’m living it. I jokingly said to Chris just a weeks ago, “I wish I could get the flu or something so I could just lay in bed all day and not feel guilty about it. Ha ha.”

My steps for coping with it are always the same. When I was first woken up in the middle of the night with that awful nauseous feeling the first thing that came to mind was denial.

It’s all in my head. I’m not really sick. Go back to sleep.


But then I was running to the bathroom, hand held to mouth.

After the first round I told myself it was food poisoning.

Shit is this really the flu? No. No, it can’t be. Why didn’t I listen to Aiden on that damn Walgreens commercial about getting a flu shot?


I never get, or even think about flu shots, until I have the flu.

For the next 6-7 hours, almost every 40 minutes on the dot, you know what happened. The pain, the cramping, the fire in the throat, the hugging the toilet…

Denial officially became acceptance when I brought my pillow right outside the bathroom door and slept there, no longer able to walk the ten extra steps to the bed. That’s when you know it’s really bad. I would have slept in the bathroom but unfortunately our rug was in the dryer as I had decided to wash it earlier in the day. At the time it killed me, but in the big scheme of things, it was best our cream rug wasn’t in there for what went down.

Until 4 p.m. the next day I tossed and turned in pure misery. Body on fire, then completely frozen. Back and forth. Back and forth. I felt like I was an old-timey child living on the prairie, fighting for my life as ma and pa and uncle Albert stood around my bedside wondering if I’d make it.

I made it, but barely.

I tried to shower around 6 p.m. but ended up back on the floor on the towel. It was just too much, too soon. And so instead I crawled downstairs, curled up on the couch, and tried to sip some 7-Up .

The vomiting had officially worn off, but the stomach cramps had kicked in even harder. However I could still see a light at the end of the tunnel.

That is until Chris said, “I think I’m starting to feel a little sick myself…”

Part II of the Flu Diaries: When The Man Flu Hits.