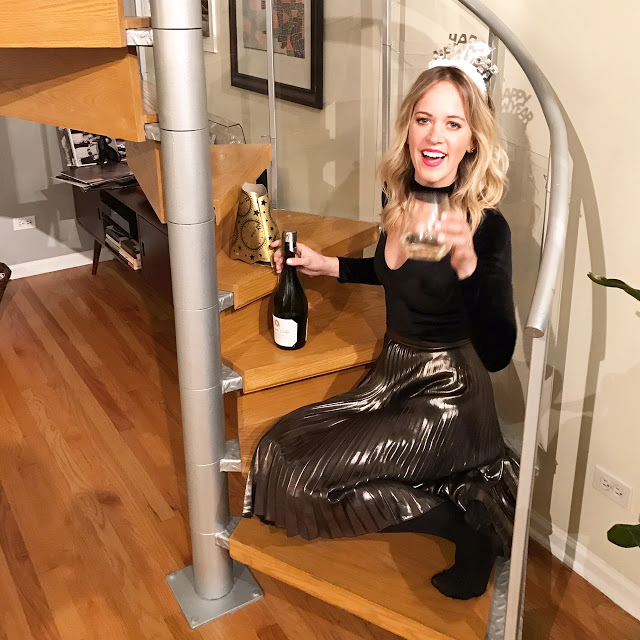 And the new year/new life starts today! I thought about starting it on January 1st, but laying on the couch binge-watching Netflix won instead. We finished Westworld AND The OA. Both are nutty, but very entertaining.

I woke up yesterday with the intent to start my big new important life, but alas, cleaning the house was the priority for January 2nd. No one wants to start a new life with a messy house.

So here we are. January 3rd. Time to GET SHIT DONE.

I woke up at 6:20 a.m. today. I had no idea that time existed. As I was sitting on my couch checking emails I saw a woman run by outside and I ran to my window to make sure she was okay. Someone must be chasing her, I thought!

Turned out was jogging. By choice. But in my defense it was still dark outside and she was wearing shorts and a tank and it’s January, so naturally I was confused.

But anyway, back to my plan to take over the world. I’m going to start doing this one thing that I have a feeling will set everything on track for me… It will make me more productive, more successful and more content.  Are you ready for it?

I’m going to set a schedule.

That’s it. I’m the smartest person alive. I should probably write a book to help others.

Prior to 2017 I lived every single day by the seat of my pants. (That’s a weird phrase I’ll never use again this year.)

Sure, I had things I did every day; emails, orders, blog (at least I’d try to) ext, but there was never a method to my madness. But then Chris (being Mr. Johnny Manager that he is) told me I need to “time block,” and “schedule my day out.” Given than I want to take my business to a new level this year, while also carving out more time to write, (and still giving Harlow 100 walks a day) I know this is my only option.

I’m nervous just thinking about it because I HATE to be micro-managed, but my new boss in 2017 is going to be a real sticker. (*Me, I am still my boss. But new-me-boss doesn’t have time to dick around anymore.)

The hardest thing for me (beside sticking to a schedule) will be getting up early. I’m a strict “I need my ten hours of sleep” kind of person and my goal for the new year is to get up every morning by at least 6:30 a.m. (my usual wakeup call is 7:30.) I know 6:30 is probably a normal adult time to get up (dare I even say a late time for some people) but boy do I struggle… When it’s cold and dark and Harlow is at my side snoring logs, I don’t want to move.

But laziness is a thing of 2016. (Isn’t it fun to be so unwarrantedly bold at the start of a new year?)

In the next few weeks I’m going to be dropping a lot of new apparel, new ideas, and expanding the task force (I’m hiring another dog intern!)

In the next year I’d like to give more and engage more. I’m tossing around the idea of a newsletter (said every blogger in January, I know) but I’m curious to know what you think of them? Honest opinions please…  Right now I envision mine to be full of daily intentions/mantras, dog stories, stupid jokes, blog advice, and T-Shirt store updates/promos. So if that hodge podge of ideas doesn’t entice you, I don’t know what would!!!

More importantly, if you run a newsletter, are they hard to keep up? It all sounds a bit overwhelming.

And now to end with a photo of these two party animals. Cheers to 2017. 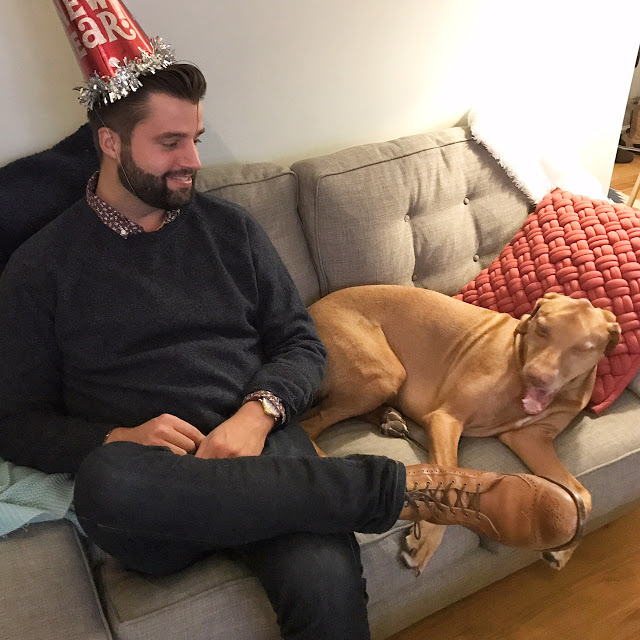 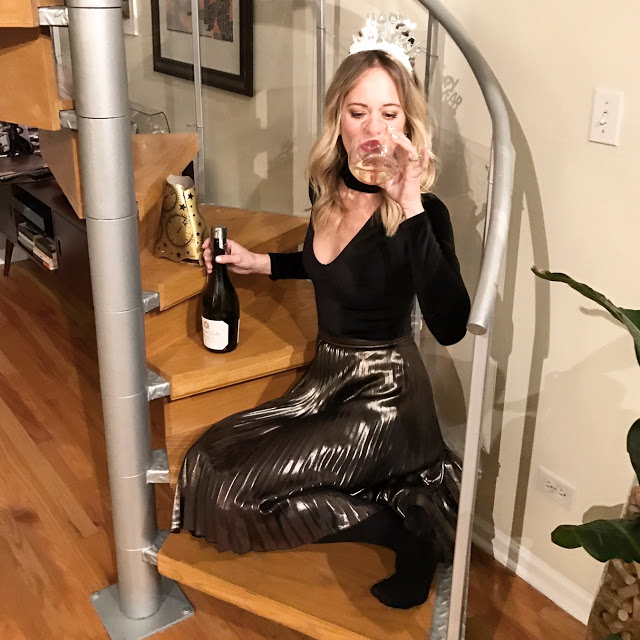