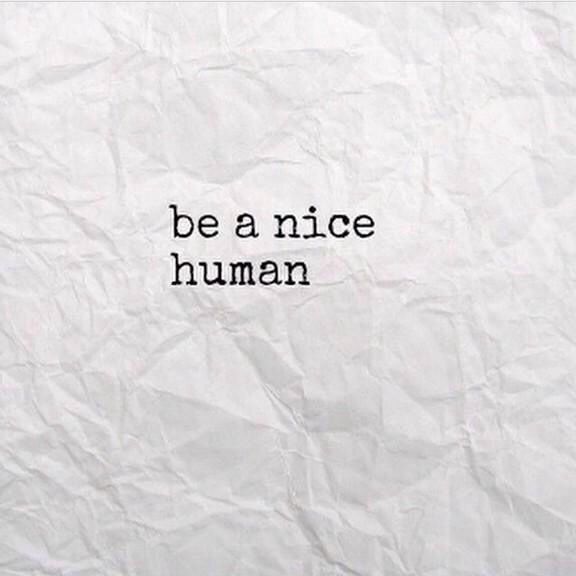 Not because I wanted to “educate them,” no, several commenters before me already had done that, or because I really felt my opinion needed to be heard (well kind of this,) but at the core of it I just wanted to be a little jerk. I wanted to say something cutting and maybe just slightly belittling simply because I didn’t like this person’s opinion.

According to me, they weren’t RIGHT.

And it made me mad! Boo.

Midway through typing my very witty comment I caught myself and thought, what the hell are you doing? I don’t like it when people leave shitty comments on my post, so why would I do it to someone else?

I quickly deleted it and then had a little talk with myself.

It’s been a funky week, I think we can all admit that. I’ve been falling for Facebook traps I don’t usually fall for. I’ll come across posts that I know will piss me off and yet I dive in anyway. Everyday we have the option to scroll-on or troll-on and I’ve been choosing the latter lately. And that’s not like me.

I found myself wanting to post things that were condescending and hurtful rather than helpful.

licks lips and clicks on it, oooh 54 comments this will be good!


I knew I wouldn’t like this and I was right! I’m mad!

This does not please me!


My thoughts must be heard too! I won’t be happy until I convince everyone to believe exactly what I believe is right!


*finds comments backing up my opinion*

I don’t know this person but I’d like to be best friends now.

*finds comment from a friend going against my opinion*

our friendship is over forever. you’re a monster.

and then all energy is gone.*

I started with good intentions, but then somewhere in the past few days my ego took over and went to town.

EVERYONE MUST KNOW I AM RIGHT. EVERYONE IS A BIG DUMB IDIOT. EXCEPT THE PEOPLE WHO AGREE 100% WITH ME.

But what I learned from working as a troll this past week is that the more nasty comments I devoured, the hungrier I got. It never seemed to stop. I was never satisfied.

Before someone jumps in I should clarify I am all for advocating for what you believe in, and for speaking up for yourself, I don’t think being complacent is ever a good thing. Today, I’m simply putting myself in check for a moment because I stopped fighting for what I believe in and gave into simply fighting. And who is that serving? Nobody.

I’ve never seen numbers on this before, but I have a feeling no one has ever really changed their beliefs or ideas thanks to a very inspiring Facebook fight they were involved in.

I don’t have an end for this post because I’m feeling oddly insecure about it and am already worried people will read it and find something to tear apart. That’s not usually a concern of mine so perhaps that goes with the territory of being an angry troll?

That being said, I don’t really enjoy the position of mayor of Troll Town so I’m resigning today.

Hopefully tomorrow I’ll start fresh as a human just trying to be better.