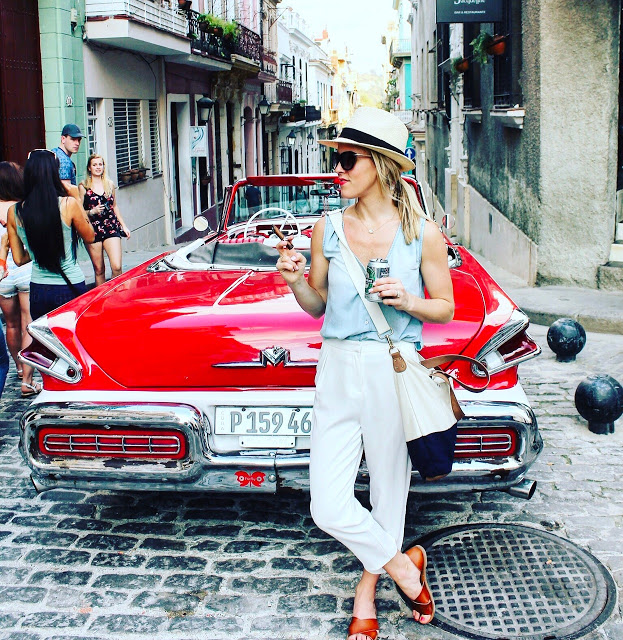 Don’t check luggage. We heard horror stories of people waiting 2+ hours to get their bags. People in Cuba seem to be on a much different time frame. Try to embrace it.

Do arrange a cab with your casa/hotel, but don’t panic if they don’t show up. (Ours didn’t.) We just grabbed another cab.

Do write down the address of where you’re staying before you lose cell service. (See my previous post.)

Do ask how much the cab ride will be before every cab you take. Literally, every one. They may try to take advantage.

Do you know Spanish? This is essential. Luckily Chris lived in Spain for six months so his Spanish is pretty good. Mine is minimal, but we were able to get by. 98% of the people we met did not speak any English. Getting around in Havana would be pretty difficult if no one in your group speaks Spanish. Apps can only get you so far.

Speaking of apps, DO download some Cuba apps that work offline. I suggest “Cuba Travel,” and “Maps.Me” and “SpanishDict.”

Do bring a roll of toilet paper. I knew I was in trouble when I used the bathroom at the airport and there wasn’t any to be found- or even a canister where it should be held…

However, I did drink the mojitos and daquiris which obviously had ice. Is that why I’ve been sick for the past 2 days? Perhaps…. I also ate the fruit, and the seafood, and everything else so who knows.

Do eat at your casa if given the chance. The family who owned ours made us a sweet little breakfast every morning consisting of bread, a fruit plate, scrambled eggs, and the best coffee I have ever had. At only 5 CUC it was a steal!

Don’t worry about bringing tons of bottled water. We bought 10 bottles at the airport in Florida only to find that vendors were selling it everywhere in Cuba. It’s not impossible to find by any means.

As for cigars, DON’T buy them from the people on the street. They’re not good quality and the only place you should buy them are from the hotels or the actual cigar shops.

Don’t believe the people who come up to you say, “You’re in luck, today is a cigar holiday!” This is a lie. We were told this every day. They want you to follow them to their friend who is selling cheap gross cigars on some random corner.

Other lies to watch out for:

“The bar/restaurant/(fill in the blank) is closed today! Come to my friend’s instead. Much better!”

It’s not closed, these people are just getting paid to get you elsewhere.

Yes, we were hassled by people on the street for money, but not to the point where it was that bothersome or scary. We really found the locals to be extremely friendly and welcoming. When they heard we were from Estados Unidos their faces lit up and they acted as if they couldn’t believe it- a vast difference from when we go to Europe and say we’re from the United States…

We never felt unsafe at any time, however it’s also worth noting we rarely stayed out past 11 p.m. since we did so much during the day. It’s always important to be conscious of your surroundings when you’re out of your normal environment.

Do pay someone to drive you around in their old car. We paid 25 CUC for one hour. It was one of my favorite parts of the trip. They drive you all over Havana and it’s something you just can’t miss. You’ll find several of the drivers right outside Hotel Inglaterra, or any other large hotel in the area. (Same goes for all of the tours.) 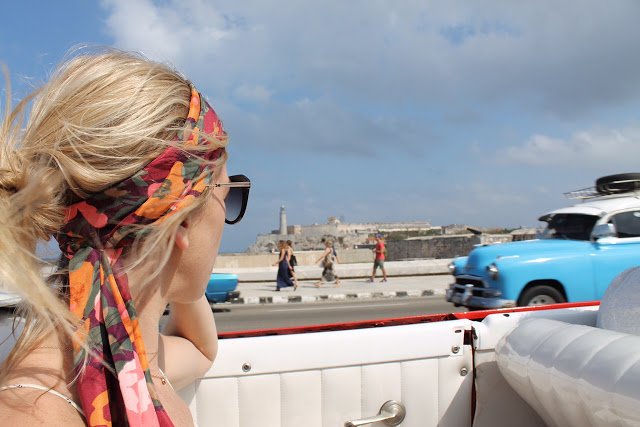 My second favorite thing was getting lost in the streets of Old Havana. I could have done this all day, every day. Around lunch we’d find a fun street cafe with a salsa band playing and post up for a few hours while we drank beers and nibbled on some food.

Don’t expect the food to be great. Here is what Chris and I concluded, if food isn’t a huge deal to you you’ll probably think the Cuban cuisine is just fine. However if you consider yourself a bit of a foodie, you’ll think it’s just meh. More on food and drink coming in part two…

Do take a hop on-hop off tour bus (if you’re into this.) It’s 10 CUC and about an 1.5 hour ride all over Havana. We didn’t learn as much as we hoped, but it was enjoyable-ish.

I suggest paying a little more for a private tour. We weren’t able to do this because we didn’t know it was an option, but next time we will…

Do go to a beach (if you have the time.) It’s about a two hour cab ride, we didn’t simply because we were short on time and we didn’t intend for this trip to be a beach trip.

Do book an excursion. Again, this is something we missed due to time. But we met friends who paid a cab driver 100 CUC to drive them to a tobacco farm where they rode horses through the fields, while drinking mojitos. I don’t know about you, but that sounds pretty great to me. 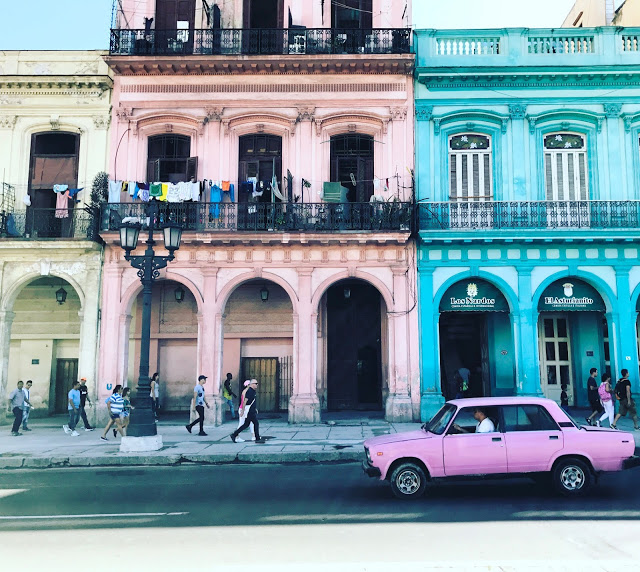 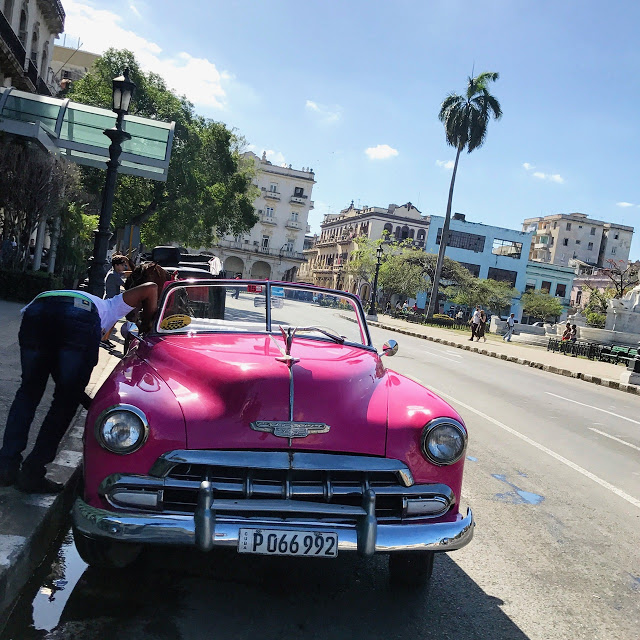 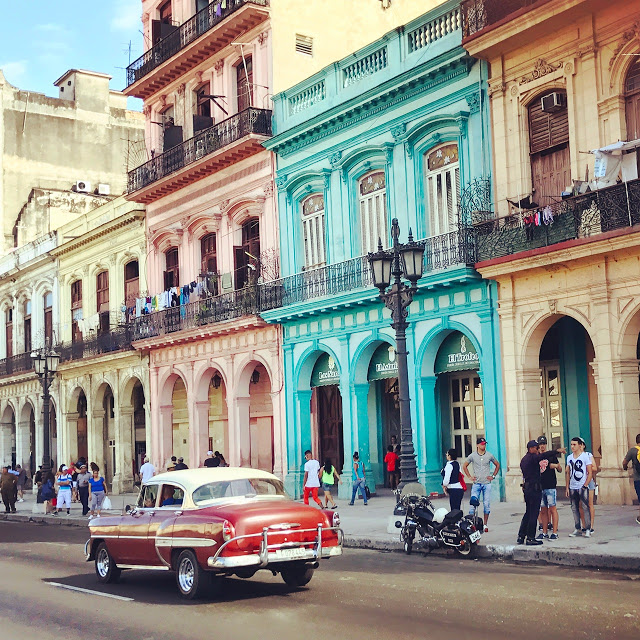