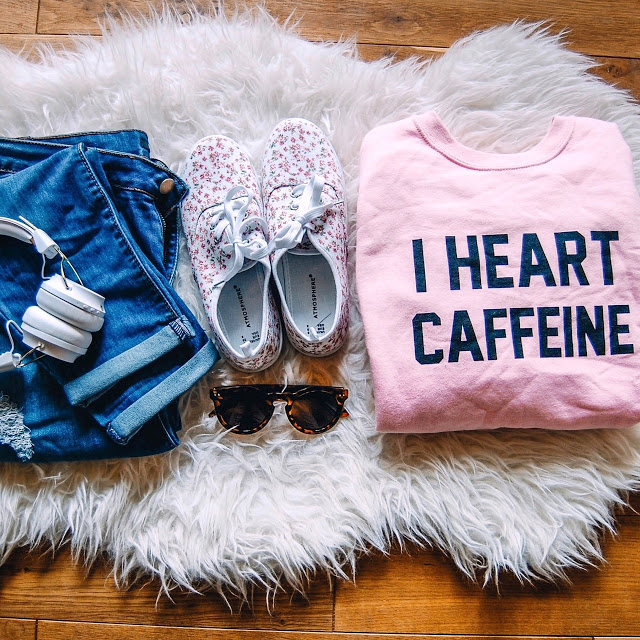 My productivity levels have been at an bit low today. Scary-low, if I’m being honest. I just can’t seem to focus. For example I began this post at 11:30 a.m. today, it’s currently 8:15 p.m.

It all started when I woke up and saw a pile of snow on the sky window in our bedroom. Btw, have I mentioned before we have sky-windows all over our new place? Pretty schnazy, right? Me from 1996 is totally proud of myself.

“You know what this house needs? A window. But on the ceiling!”


“I love it,” says the other person,”what do we call it? A ceiling window?”


“No,” the first person says with a glimmer in their eye as they move their hand dramatically in the air, “a skyyyyyy window.”


Other person faints from pure excitement.


Did I mention I’m having trouble focusing? I literally just glanced up and got distracted for 30 minutes thinking about sky windows.

Where was I? Oh yes, the snow.

Oh no! I thought. We didn’t just lose an hour when we messed with the clocks, we accidentally went all the way back to January. In 2016! (Because Chicago just doesn’t do snow in 2017.)


Once I stumbled out of my morning haziness and realized it was in fact still March of 2017, a sudden wave of dread set over me.

A March snowstorm. What have we done to deserve something so awful? I had all but put away my winter boots, gloves, and hats simply out of protest. I’m over the layers. OVER IT. And yet there I was, digging out snow boots for me, and snow boots for Harlow.

And it’s no easy task putting those orange booties on an overly excited-Harlow. However it’s obvious Chicago hasn’t used their salt rations this year as they clearly went to town with it today. It’s everywhere! And so to protect his little paws, Har has to wear the booties. Between putting on the booties, his winter coat, his earmuffs, his mittens, his snowboard pants, and his chapstick; it’s a 20 minute process.

The things we do for the people we love.

For whatever reason, today has been one of those days where even the most mundane email is taking me double the amount of time it usually does. When forced to make any decision I find myself staring at it for hours as if it’s life or death! It took me nearly three hours to order my inventory for the week- a task that can usually be done in about 30 minutes.

And don’t get me started on choosing which cereal to buy at the grocery store this morning. That was a meltdown in itself.

It’s the time change, right? Or maybe the snow? Or the fact it’s Monday?

Could changing the clocks just one simple hour really throw everyone off so much? Yes, yes it could. And my theory is that it’s because we were all walking around with a weird, flustered energy today and it was contagious.

Well everyone, except Harlow. He was just fine. 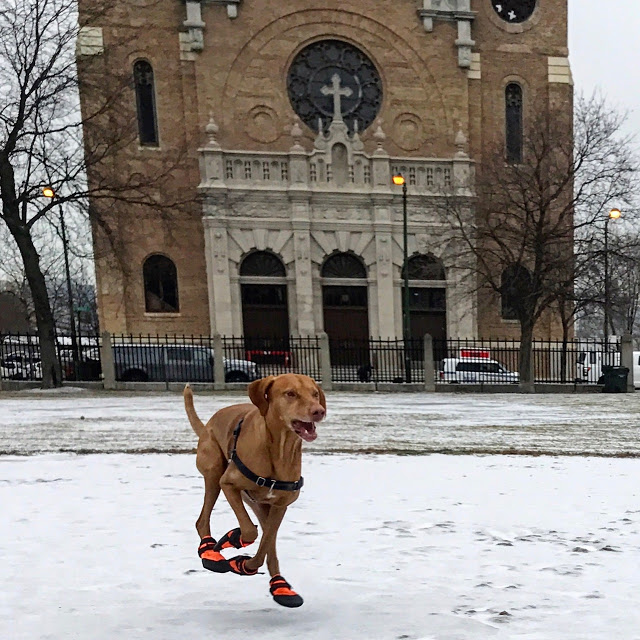 Does the church look blurry or crooked to anyone else? If you’re thinking it’s a photoshop error you’re giving my “editing skills” far too much credit. The furthest I go when it comes to editing is switching my phone into airplane mode and using good ol Instagram.

I’m telling you, things were off today… Tomorrow will be better. Who’s with me?