“Bad news,” my mom texts me as I’m riding in my uber to join the rest of my family at Midway Airport last week, en route to our vacay in North Carolina.

Oh shit, I think. Jade’s appendix burst again? Knox threw up in the middle of Midway (he’s done this.) Lola forgot her Polly Pockets. What could it be?

My parents LOVE Midway Harry Caray’s. Who doesn’t though, to be honest.


“So where are you waiting then?” I text back.

“The new one. Not called Harry Caray’s. White Sox Inn? We ordered you a Bloody. “


Welcome, ladies and gentlemen, to the Wolfe family vacation 2017.

A mere twenty minutes later, I zoom through security and join my parents in Not Harry Caray’s.

“Can you believe this?!” My dad says when I first walk in and find them sitting at the back table. “There’s not even photos on the wall anymore. Not one!”


“Why would they do this?” My mom chimes in.

“And to think we were just here last week and everything seemed completely normal,” my dad says as if he’s reminiscing about an old friend, rather than an airport restaurant/bar.

One in the same, I suppose.

My sister sits between Knox and Lola, reminding Knox his screen time will be limited. He’s not happy about this.  Lola is playing Polly Pockets.

The bloodys at Not Harry Caray’s are $17. The server sets them down just as I walk in and they appear to be only tomato juice and vodka. Not a single garnish. This won’t go over well.

“We’re out of pickles, celery, and olives,” the server says, sensing our disappointment with the meager $17 bland beverage, “so the bloodys will only be $8 today.”


She asks if we want food and my mom says, “just an order of fried pickles.”


So we don’t order any food.

The server walks away and my dad says, “This would have never happened at Harry Caray’s.”

We all can’t help but nod in agreement.

Little do we know Harry Caray’s is just the tip of the iceberg. When we walk further into the airport we’ll see that Potbelly is gone, as well. If Nuts On Clark has been kicked out and my mom can’t get her airport popcorn the trip will be called off right then and there.

Luckily, Nuts On Clark has survived the restaurant exodus at Midway. For NOW!

Family vacay can go on.

Part II- “This Place Reminds Me of Cape Fear, the movie.”

It was a two hour flight to Raleigh, in which Harry Caray’s is discussed for the majority of it, as well as our speculation as to which restaurants will go next and have all new employees been brought in?

“I’ve bought popcorn from the same nice woman at Clarks for years. YEARS! And she’s no longer there,” my mom insists. “It’s a shame.”

“Maybe today’s her day I off?” I suggest.


“And I bet they’re paying the new employees a lot less,” my dad adds. “I just can’t believe Harry Caray’s is gone.”

After a quick stop in Raleigh to see my brother’s new home, we make the two hour trek to Wilmington. Upon entering the scenic coastal town we begin seeing billboards about “Cape Fear Seafood” and “Cape Fear Banking” and “Cape Fear blah blah blah.”

“Oh Cape Fear! What a good movie!” My sister says.


“I don’t think I’ve seen that one, but I’ve heard of it,” I say, wishing I’d seen it, knowing the numerous discussions that are about to ensue.


“And he comes after the daughter.”

We get to our house near Wrightswood Beach and it’s gorgeous. It’s exactly what I’d imagine a North Carolina home near the water would look like. My dad, who rode in my brother’s car, gets out of the car and immediately says, “This place is exactly like Cape Fear! The movie!”


“With Robert De Niro! And the daughter! You sure?”


“Yup,” I say, once again to everyone’s disappointment.

Our home on the inside is even cuter than the outside. 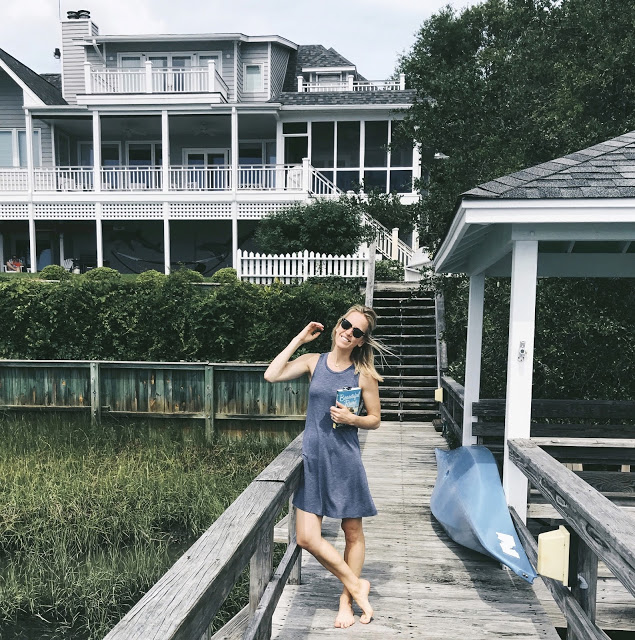 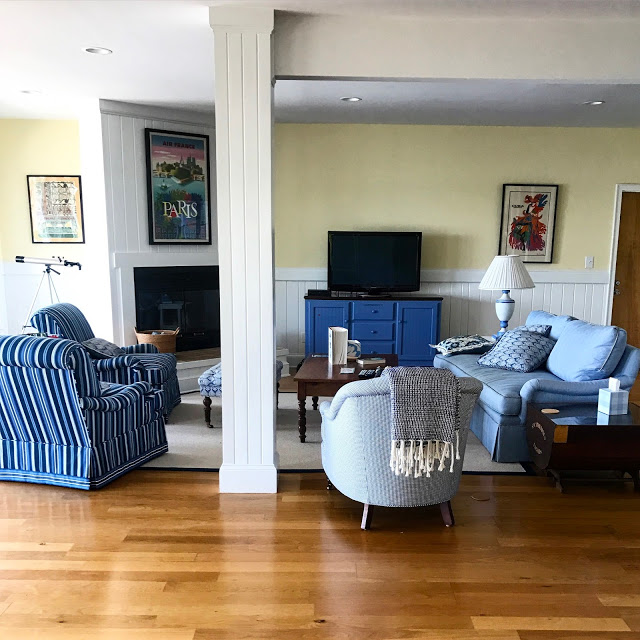 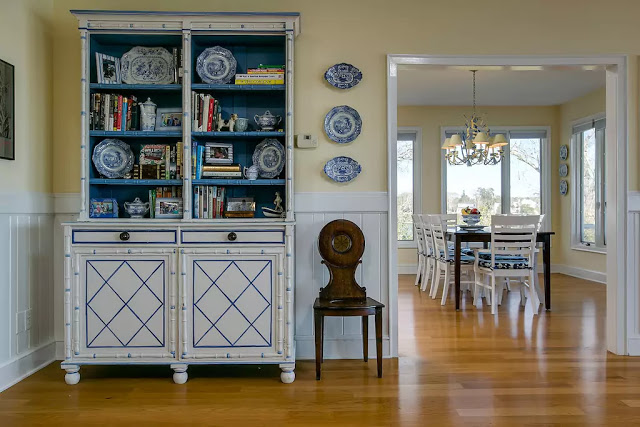 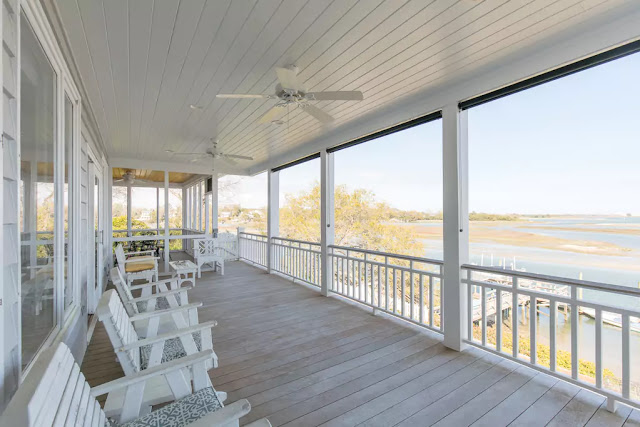 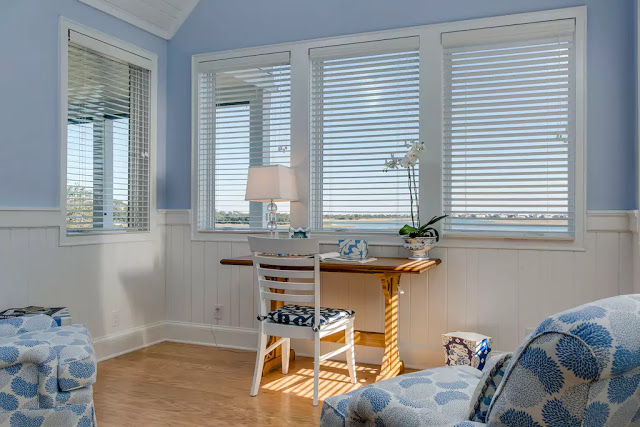 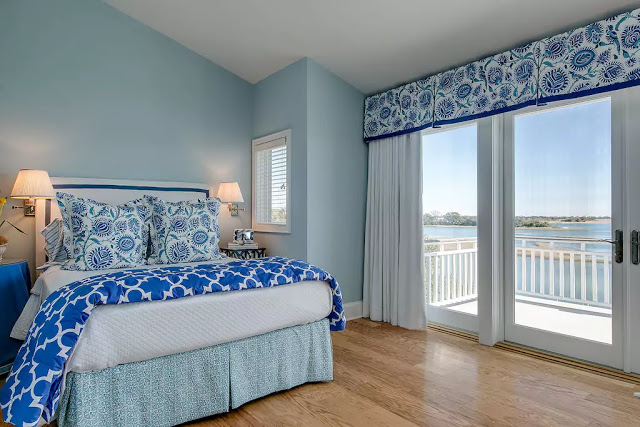 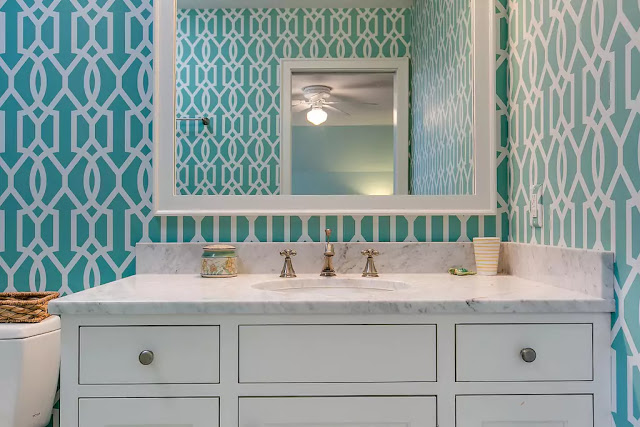 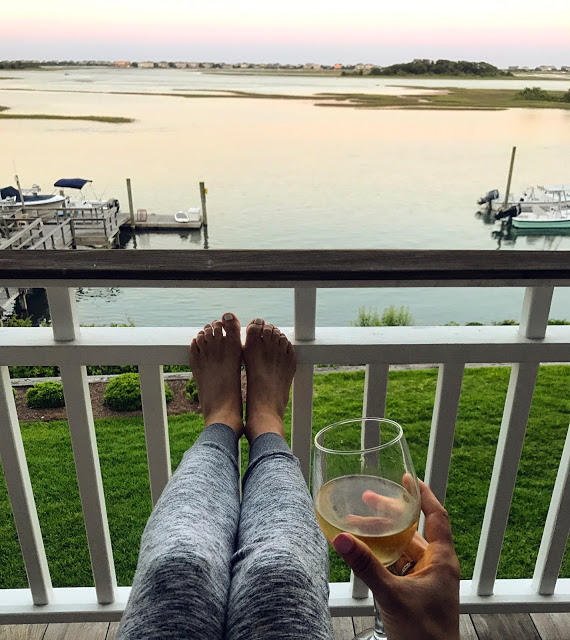 When we arrive it’s pretty grey and rainy, so we decide to go and get groceries as everyone is supposed to make dinner for the house one night.

The storm moves in just as my parents are making the dinner they chose for the evening and the kitchen lights start to flicker.


“Oh yeah, this is just like Cape Fear. The movie,” my dad says excitedly.