Do Har and I regret not buying special eclipse glasses? Yes, yes we do. 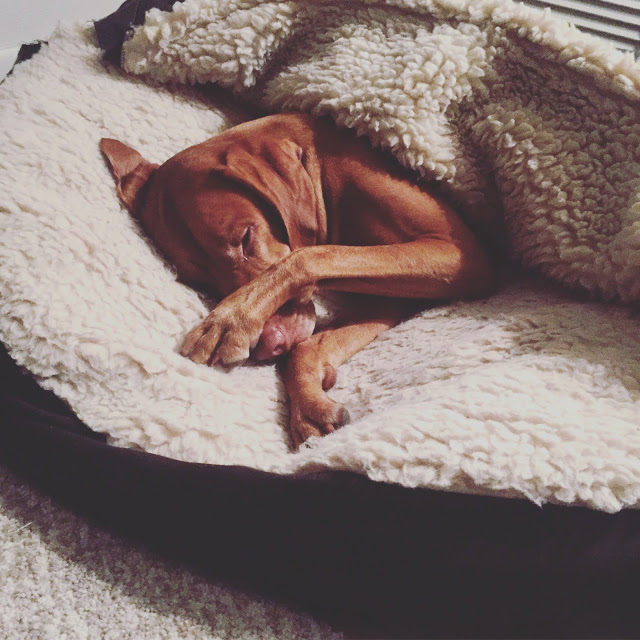 I think I misunderstood what they were actually for. I was under the impression they were just for protection, I didn’t realize they were more like 3D glasses, working to enhance the overall presentation.

As I was saying about my stability, I prepared for the eclipse by washing all of my crystals, drying them with the energy of the Universe, and then recharging them with intentions. My plans were to sit on the couch with Harlow at 1:18 (the time Chicago was supposed to be “hit” with full moon power) and do some moon dances and chants or whatever it was we felt moved to do as the sun and moon did their thing. Harlow has gotten very into astrology this year and was just as excited as I was.

But around 12:30 p.m. Harlow informed he needed to go to the bathroom, at which point we walked outside, and saw there were already hoards of people standing around; in the park, sitting on their stoops, standing in the street, all looking toward the sky. Naturally, I looked toward the sky. It wasn’t supposed to happen until 1:18 so I was safe. I THOUGHT.

I think I looked up for approximately half of a half of a second, but that’s all it took. As soon as I realized the eclipse had actually started around 11:45, and I had indeed looked toward it at 12:30, I knew I was doomed.

You tell me not to look toward the sky and guess what I’m going to do? Look. And it’s not like I meant to, I just couldn’t control myself.

Which brings me to part two- will we all suffer eye damage from the eclipse?

Admit it, if you looked up yesterday without the magic 3D glasses, you’ve probably found yourself a little nervous wondering… what if…? Luckily, I’ve done a little research on the subject matter, and this is what I’ve learned.

How To Know If You’ve Suffered Eye Damage From The Eclipse:

As I’m sure we all know by now, your retinas can’t actually feel pain. However there are a few other tell tale signs to be aware of-

You woke up and your eyes are bleeding.
*could also be stigmata.

You can’t see at all.
*could also be that you’re still sleeping.

You see spots.
*maybe you just got up too fast, maybe.

You have blurred vision.
*be honest though, how much wine have you had tonight?

You’re experiencing headaches.
*be honest though, how much wine did you have last night?

Your eyelashes are growing inward.
*just me? Okay, never mind.

You have random new hair sprouting up all over your forehead.
*stop applying your lash boost serum at night when you’ve had too much wine.
*just me? Okay, never mind.

That’s it for now. On a serious note, did you watch? Har and I seriously didn’t, well not at 1:18 pm., anyway. And we’re pretty okay with it.