Once upon a time, about four years ago, I got the urge to do standup. 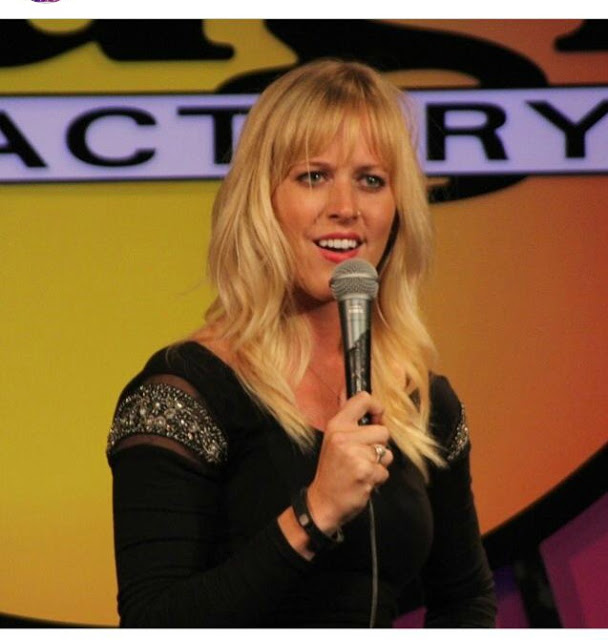 Chris and I went to a comedy show one night, I had a few drinks, and I couldn’t stop thinking about getting on stage myself. I was in the improv world, taking classes at Second City and iO, and for the first time in my life found myself in the circle of a lot stand-ups. These people actually existed. Before, they seemed like fictional characters I had only seen on TV or in movies. I know that sounds dumb, but Nebraska isn’t exactly known for their standup community.

So I signed up for my first open mic, which was to be held in a classroom at the Second City, on a Saturday night at 9 p.m. Talk about a good room. (Jk.)

I had never been so scared in my life. I worked on my five minute set for nearly two weeks. And after having hosted an open mic for almost two years, it’s very comical to me looking back at how prepared I was for that 9:00 p.m. Saturday mic, held in a classroom.

When I went before the room and had my five minutes to tell my jokes, it was one of those weird blackout/out-of-body experiences. My body took over while my mind floated away. I was hot and fidgety and nervous and euphoric all at once.

“You did good,” Chris said when I floated back to my seat.

“I have no idea what just happened,” I admitted, “but I need to do it again, asap.”

And then I got a little bit obsessed. I started going to mics 2-3 times a week (which was a lot for me, but not for your normal comedian. Comedians grind harder than anyone else I know.)

I would go to a bar alone, write in my little comedian notebook, wait my two hours for my 4-5 minutes of stage time, then go home and work on more jokes.

I got into some festivals (where I never “moved on” but it was still a thrill for me to tell jokes in “cool New York comedy clubs,”) booked a few bigger shows, told jokes to crowds who actually paid money to see me (which blew my mind) and relished in the fun of it all. 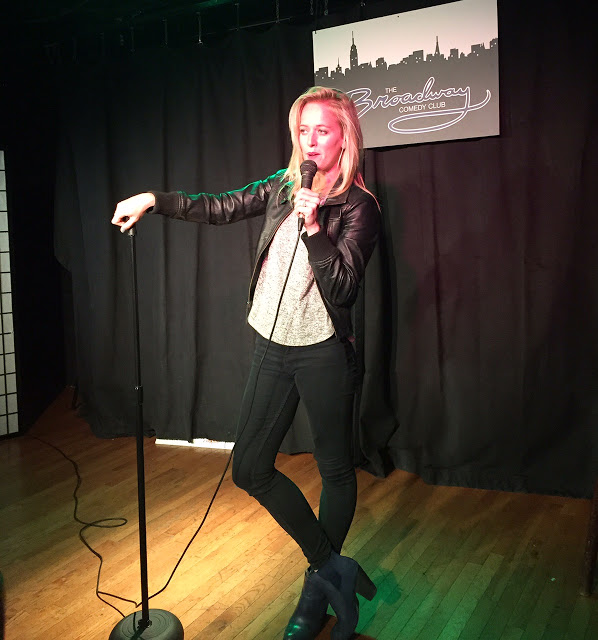 They say it takes a comedian at least ten years “to make it,” (and this is if you’re good.) So while I really enjoyed/still enjoy writing jokes and being on stage, I don’t have the hustle in me to grind for ten years. And I know that sounds weak, or like I gave up, and perhaps I did, but when I was being honest with myself I know I’m too much of a homebody to live the stand up life- which entails a lot of late nights, bars, and being away from your dog and husband.

I love my couch. I love my quiet nights at home. And I love my early mornings (which I didn’t see a lot of, being out past midnight.)

So I started to scale back. I figured out there are other ways I can get my comedy fix. Like making stupid Instagram vids. I know I put out a lot of silly content, but it keeps me writing and telling jokes, so why not? Creating is creating.

But every once in awhile, I still get that standup itch. And the good thing about having it be just a hobby is that I can jump back in whenever I want. So next week I’m hitting some mics with my friends and I’m really excited about it. It’s been about six months since I’ve been on stage and I’m just jonesing for that uncomfortable “omg is anyone going to laugh” feeling.

And I need to spruce up my crowd work because in two weeks I’m doing what will probably be one of my biggest shows to date. Truth be told, I get butterflies just writing that sentence. My stomach starts to turn in the best way possible because I love that nervous high.

In two weeks, on Friday August 18th, I’ll be doing a show in the town where I grew up (which is a scary thing on its own) and it will be for all of my former teachers and coaches (and anyone else who buys tickets to attend.)

This makes me nervous and excited and nervous. It’s a weird feeling to be in front of that many people, knowing they’re all looking at you like, okay you gonna make us laugh or what?


It’s weird and it’s wonderful. But when you manage to do it, when you know that you’ve got a crowd of people laughing at jokes you’ve written, there’s not a better feeling out there.