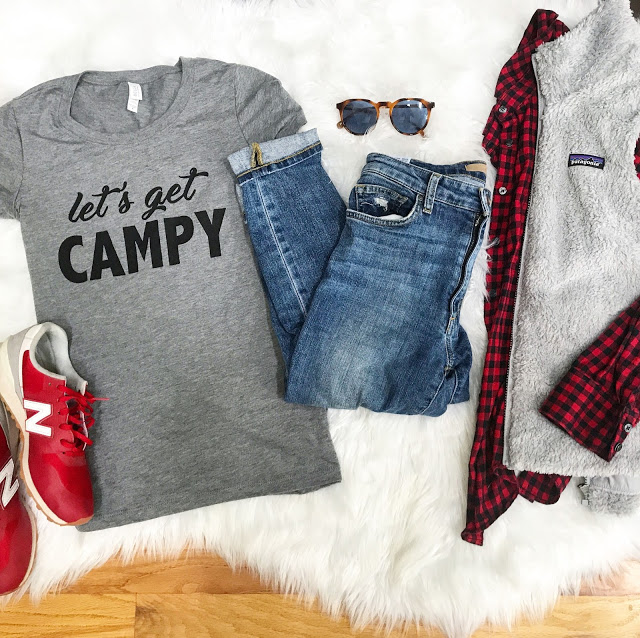 We’re going camping this weekend, leaving in about five hours in fact. I’ve packed nothing. Chris has packed the house. If you were to see our kitchen right now, you’d think we were actually moving into the wilderness forever, rather than just two days.

We have three huge green tubs full of everything campy out there. A “bag shower” to hang from a tree, camping dishes, a hammock, blow up mattresses, bag chairs (including one for Harlow, obvi,) camp string lights, the list goes on. Chris is clearly going through a phase right now and I support it, because I love camping too.

What I mean is I love the idea of camping, I should say. I like the idea of a cozy campfire, and snacks, and wine. But that lasts for about two hours and then I look around and think, okay what now?

Even though our camping air mattress is very comfortable, I never sleep well in a tent because I’m too worried about dying. How does one die while camping you may ask? Well the possibilities are endless. A crazy murderer who busts into our tent is usually number one on my mind. A bear comes next. Then a raccoon. Or a crazy murderer dressed as a bear traveling with a pack of raccoons. Like I said, the possibilities are really endless. 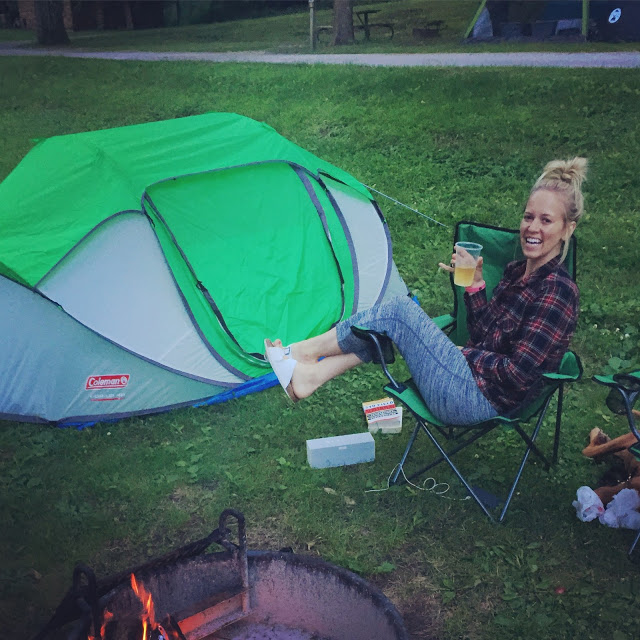 Last time we went camping we made “camp friends” with the man next to us who came over to say hello and drink our beer. We quickly found out his hobbies included frisbee golf, trains, and hating women. I was pretty growly with him until he made it known he had an axe in his car, at which point I hated women too, you know because I didn’t want TO DIE.

“Yeah, women are the worst! Let’s keep talking shit about half the population!”


Luckily, he drank too much and fell asleep and we got the hell out of there before he woke up the next morning. Camp friends, am I right?!

Just another reason why I don’t like to talk to strangers. You never know.

I don’t want to end on scary-camp-man, so instead let’s talk about the fact Harlow and I share a sleeping bag. I could pretend I’m annoyed about this but I think we all know I love it. To give you an adorable visual, he starts out by burying himself down in the bottom of the bag, but then during the middle of the night he gets hot, so he army crawls back to the top, and positions his head on the pillow right next to mine.

But then unfortunately the second the sun starts to come up, literally the second it peeks out, Harlow is at the tent door going, “Can we get up now? Is it time? Can we play? Can we go? Now? How about now? Now? Play? Now? Now.” He just loves camping so much he doesn’t want to waste a second sleeping. 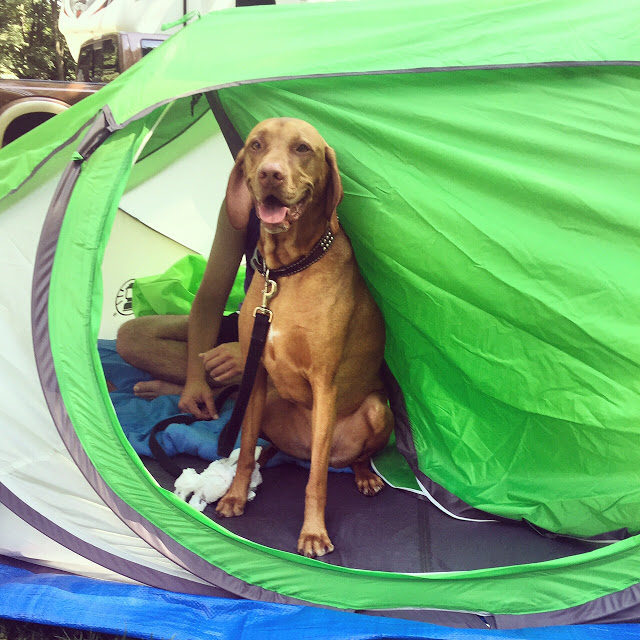 Well, time is ticking and I have to plan out all of my “look how cute and cozy I am camping” outfits. It’s supposed to be low 50s at night…. I can’t even wrap my head around that right now. So I’m packing flannels and vests and thermal socks.

On that note, I have to get packing. Have a good weekend! Hope everyone gets a little campy!!! Northern Wisconsin, here we come!