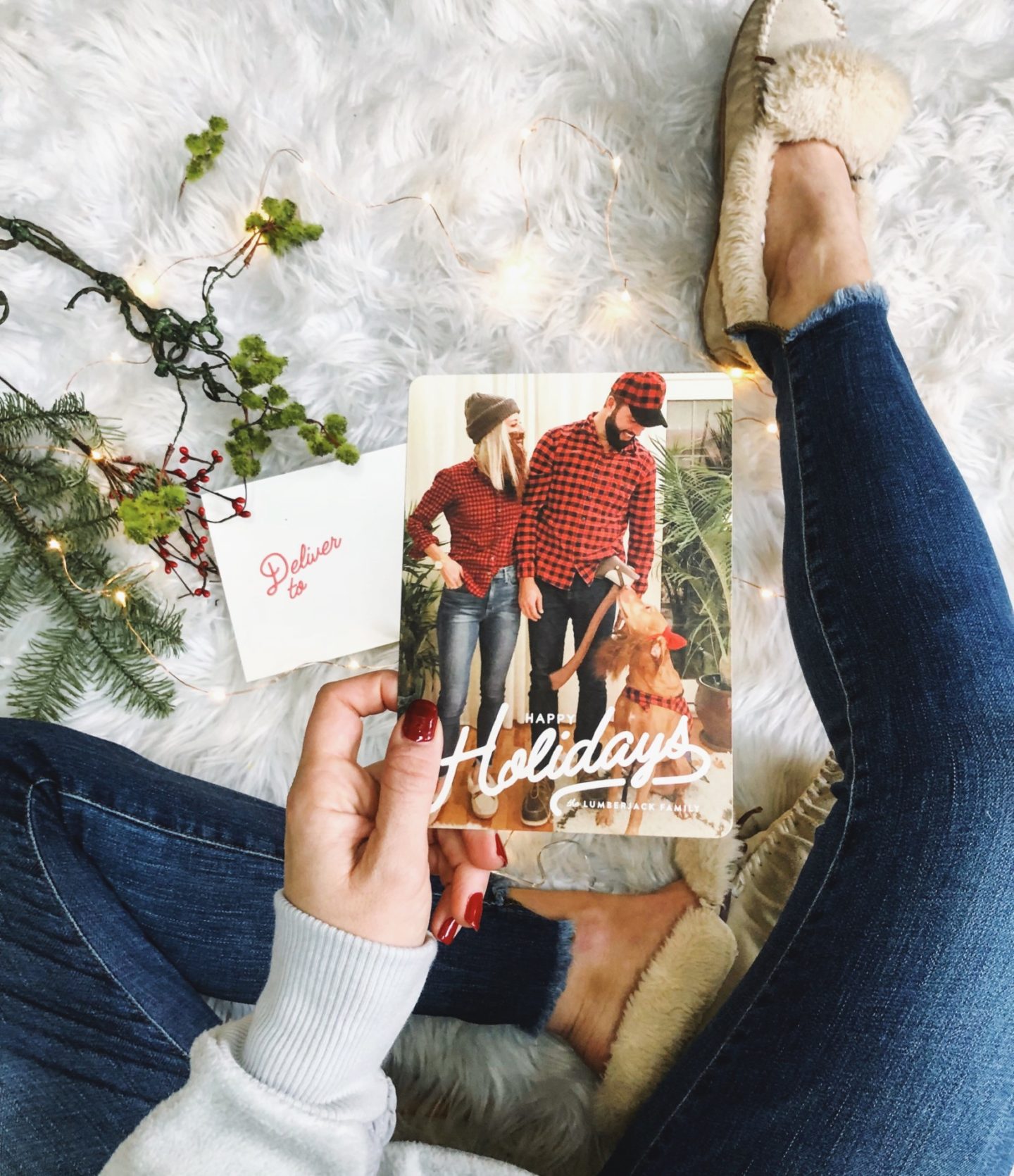 A few highlights from 2017 include:

Harlow finished his memoir, “Through These Brown Eyes.” He also ate twelve garbage dinner rolls at the park yesterday.

Chris got a new hairstyle. *noticeable only for a day or two until it grew back in fully on the sides.

Taylor bought a popsocket for her iphone so she could take even better selfies! Continuing to do the wonderful selfless blog work that she does!

Like I said, it’s been quite a year for everyone!

Harlow started swim lessons last January and once he learned how to stop growling at every other dog who “splashed him too much,” he really did quite well. He may start competitive swimming in the spring, but it will all depend on if his busy work schedule allows, and also if his attitude improves.

He can’t go anywhere in Chicago without being recognized now. (According to him.) It happened three times in 2017 and he hasn’t forgotten it. He insists on wearing sunglasses and a scarf when leaving the house to ensure he doesn’t “get hounded.” There’s a dog pun there somewhere, but Harlow does not like puns so I suppose it doesn’t matter.

Simon & Schuster will be publishing his memoir in the spring of 2018.

2017 was the year of travel, speakers, and Van high-tops for Chris. He owns seven pairs now!

He continues to do well at work and cares so much for his “reps.” Taylor loves to listen to story upon story about people she doesn’t really know, everyday around 6:30 p.m. when he comes in the door full of funny “work jokes.”

What a good guy, that Chris. He continues to try to help Taylor with her “time management” and “time blocking,” but she gets frustrated with his “help” because none of his schedules allow for two+ hours of dog videos followed by several more hours of googling “why can’t dogs talk?” and “what do dogs dream about?” or “do dogs miss their dog-moms?” to name a few. (Dog research is very important to Taylor.)

An avid music listener, Chris found a new passion this past year- and that was buying speakers for every room in the house. Taylor loves it. They look so nice with her decor. You hardly notice the giant black speakers placed on every end table and couch corner!

On the weekends, you’ll often find Chris and Tay lounging on the couch with a movie playing, as they whisper sweet nothings to each other like-

“can you please turn that down?”

“It’s just like crazy loud, it honestly hurts my ears.”

“It’s only loud here because it’s a car chase. The sound changes in every scene.”

“Okay, whatever just turn it down.”

“Can you get me a napkin now because I’m pretty sure my ears are dripping blood.”

Newlyweds will be newlyweds!

As for Taylor, well, she’s had a killer year. Per the usual!

Crippled by her own fear over finishing anything creative and long-term, she decided 2017 was the year to pour herself into her work. Inspired by her favorite 80s films about strong working women, Don’t Tell Mom the Babysitter’s Dead and Working Girl, she dressed everyday in her favorite blush power suit, bought a fax machine, and stormed around the house with a huge phone under her ear saying things like, “the reports are due by noon!” And, “did someone take the petty cash?” And, “we need those numbers on the McKinley account, ASAP!”

Harlow took to the role as her ditzy 80s assistant, wearing large clear glasses, a blazer with shoulder pads, and always with a pencil in his mouth quite nicely (but only because he felt bad for her…)

Everything was going quite well until a very large setback happened in the fall in t-shirt town. Without going into too many specifics, said “setback” crushed her spirits pretty hard and really sent her into a frenzy of t-shirt loathing and what’s the point of putting anything on a t-shirt anymore?!

But it’s true what they say; in order to see the rainbow, you first have to have several very dramatic breakdowns on the floor of your guest room where you cry like a crazed toddler and shout things like but it’s just not fair and this is such BULLSHIT and I hate everything!

Because you’ll always miss 100% of the shots you don’t take before a storm if you don’t otherwise.

Thank GOD she’s able to move on and does not hold grudges, nor does she think about this “incident” at least once a day, everyday.

All in all, the entire family had a very blessed year. After living through the shingles virus in 2016, Taylor will never take her health for granted ever again. It doesn’t just strike the elderly as daytime TV commercials may lead you to believe. It can get ANYONE! No one is safe. Get the vaccine. Don’t leave your house. Ever.

For 2018, Taylor is hoping for peace, calm, and no more fake arguments in her head with Facebook friends she only keeps as friends because she actually likes to piss herself off sometimes. Oh Taylor, always making the best of her time! 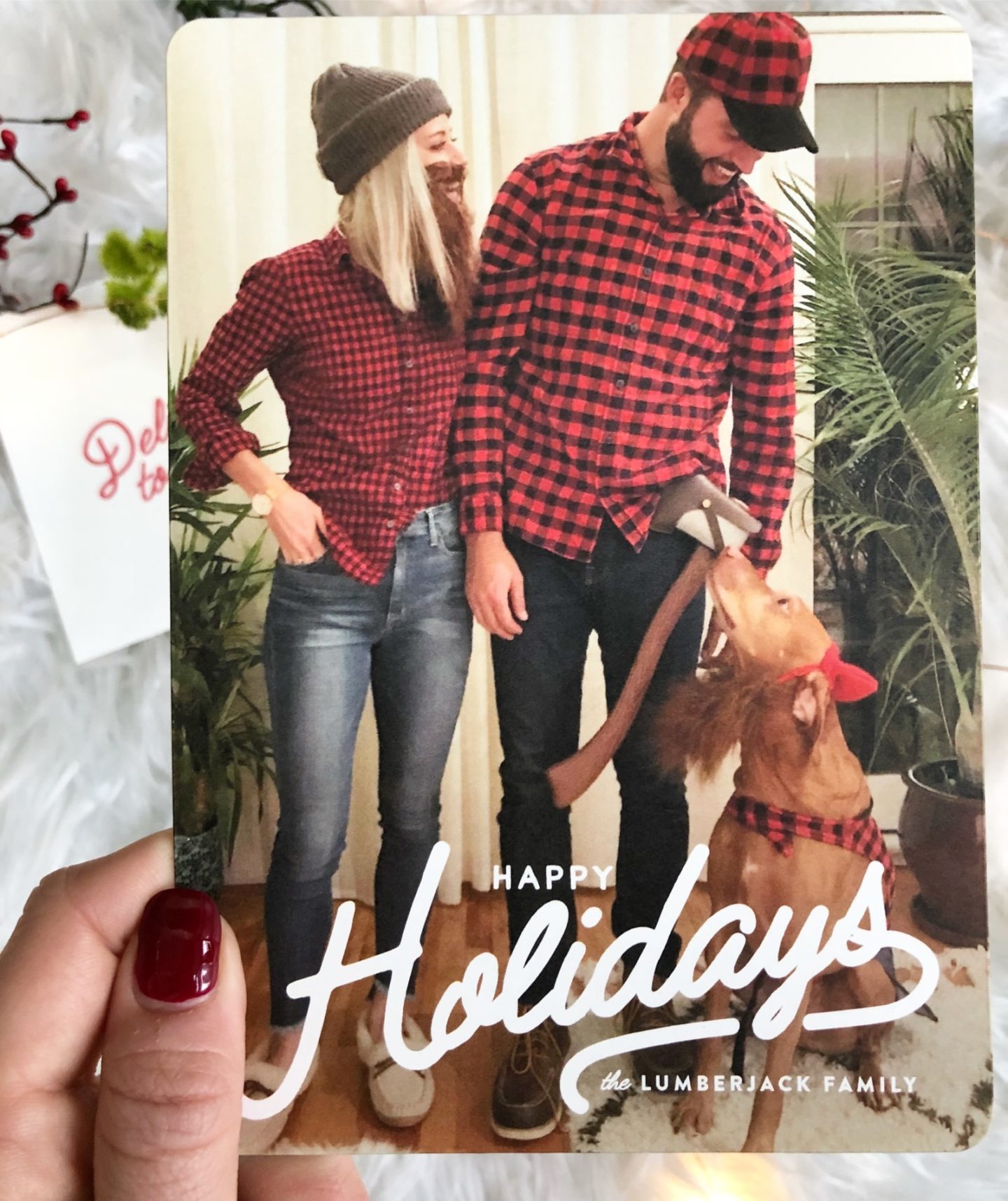 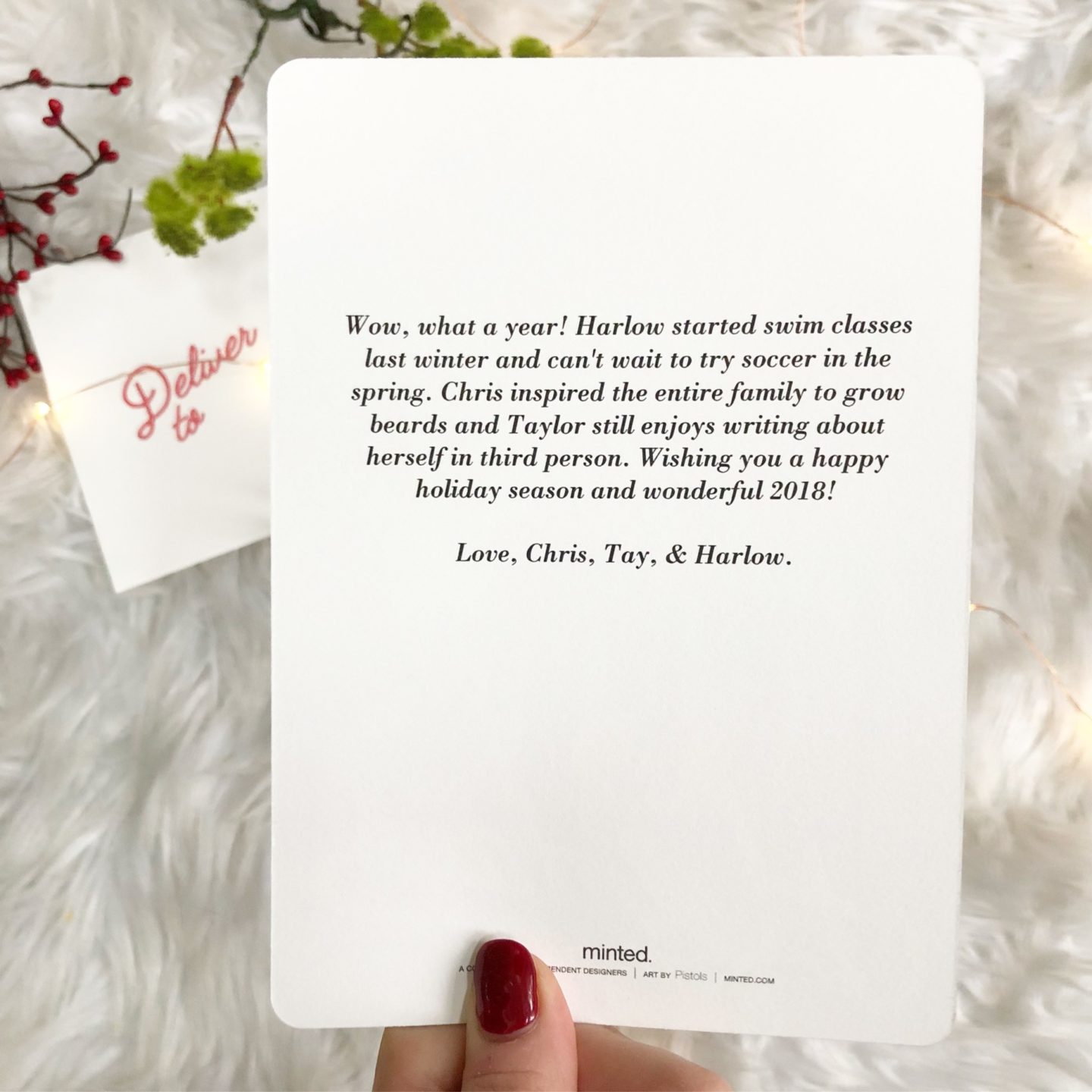 This post is in collaboration with Minted. Year after year, they continue to make the best quality holiday cards! I’m also a fan of their wall art and new gift section. Check it all out here!