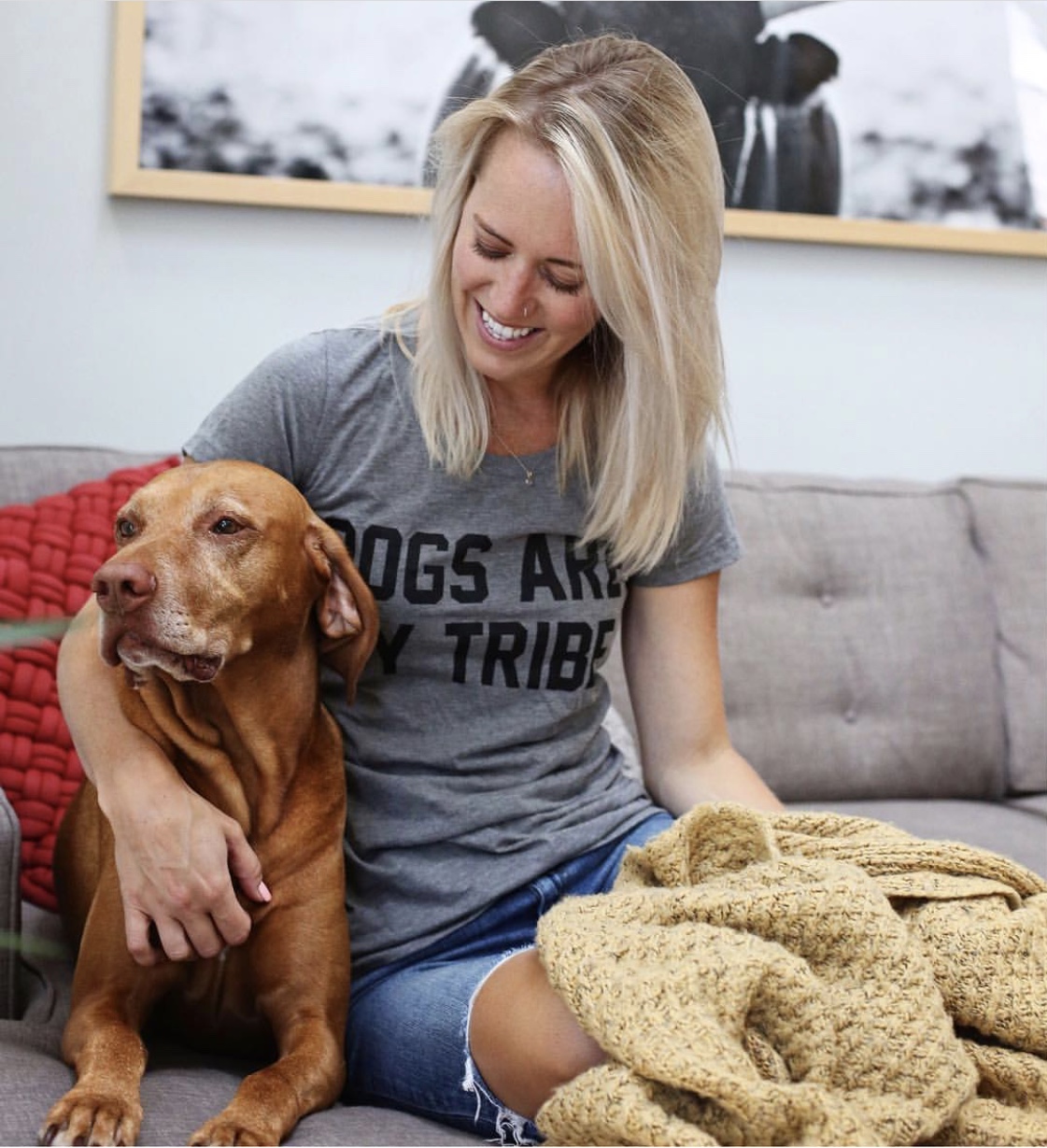 “Do you ever worry people think you’re too over-the-top with your Harlow posts?” Chris asked the other night while watching a video of Harlow and I playing hide ‘n seek. (It’s winter, I have to get creative with tiring him out. Also, I love hide ‘n seek.)

“Worry? No. But am I over-the-top? I suppose,” I responded and laughed a little thinking, if you only knew…

What some may call “over-the-top,” I call a friendship for the ages. 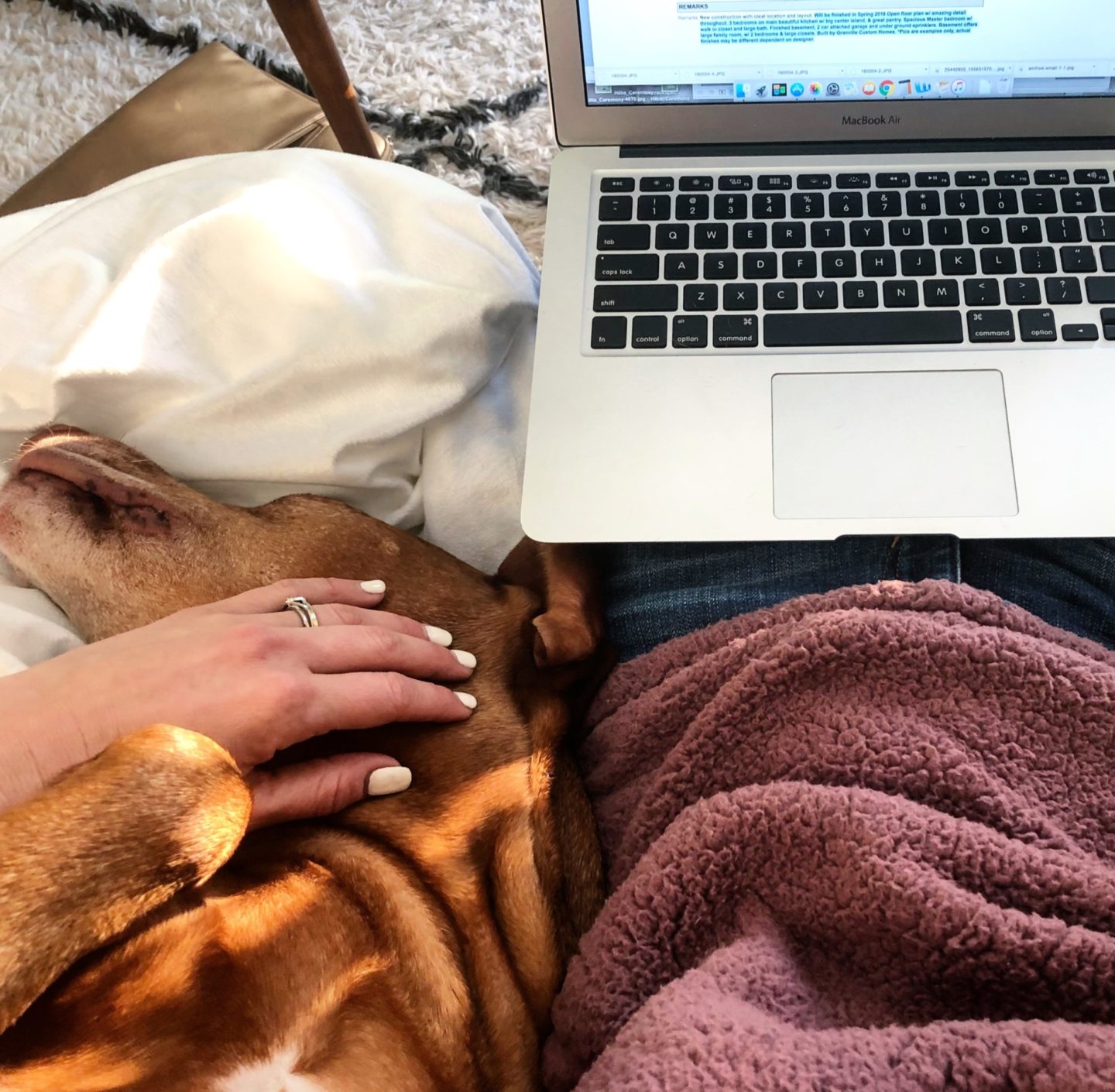 At another point in my life I might have been embarrassed to admit just how much I enjoy my dog’s company.

How excited I get to see him after just a little time away, or how sad I get to leave him, no matter how short it might be. How I talk to him throughout the entire day and understand his every look, tail wag, and ear raise. How I can tell just by a certain glance he gives me if he wants to go outside, or if his water bowl is empty, or if he just wants to say, “hello, ear rub please.”

I work from home, and have for the past four years, so it only makes sense that Har and I have a good working relationship. We’re with each other every single hour, of every single day, after all. And so like any other best friends who get the privilege of working together, we chat all day long.

Our conversations are quite normal, (if you ask me.) We talk about the usual things; like what we’re going to have for lunch, the weather, the grumpy old Boxer at the park who means well, but damn it he is a grump. Har is always very attentive when I’m talking, (unless he finds the convo boring) at which point he promptly falls asleep.

We get the occasional odd look when we’re on a walk and someone will hear me ask Harlow which way he’d like to go, or whether or not we should stop by Lowes (Har’s favorite store) and it’s only then that I’m reminded that not everyone has the same relationship with their dog, that Har and I do.

I’d grown up with dogs, but I’d never had one be the best friend that Har is to me. And I know now that this is only at fault to me, because that’s all any dog really wants- is to be your best friend. But like so many other things, this is just one of the many lessons Harlow had to teach me.

So while I was patting myself on the back for teaching Harlow how to use the bathroom outside, and give a high five in exchange for a treat, he was teaching me how to be more patient and kind, and just a little less selfish.

When Har was about ten months old, we moved him from small town, Kansas to the big city of Chicago when Chris got a new job opportunity.

Chris made new friends quite fast, because he is Chris (social.) I did not, because I am me (not social.)

But alas, there was Harlow always by my side. He saw me through lay-offs and let-downs, firings and melt-downs. He was calm and sympathetic when I needed it, but also crazy and rambunctious when I needed that (but didn’t necessarily want it.)

And so me and my sidekick Har, explored the daunting streets of Chicago, not knowing a soul, but knowing we had to get off that damn couch.

Seven years later, we still do this daily (several times a day, in fact.) But thanks to Har’s adventurous nature, the city no longer feels so foreign and unknown. There isn’t a dog park, or treat jar, we haven’t hit up. We know them all.

So do I worry people think I’m a bit over-the-top when I write a post like this, or when I post a photo gushing my love for my dog? Not a bit. I’d hate to look back someday and think my love for my dog wasn’t “over-the-top.” He’s given me so much, I figure it’s the least I can do for him.

Because while I’m convinced he’ll live forever, small reminders keep sneaking their way in telling me that, well, he is getting a little older. A new white hair pops up on his face everyday, “making him look distinguished,” as Chris says. And every so often he needs a little extra help getting into the car. I’ll open the door and he’ll prop his front legs up and then look back at me like, “you gonna help with the rest here?”

He doesn’t beg to go outside as frequently. And while it’s kind of nice to get a break from the constant park trips, I won’t pretend that I’m not just a little heartbroken by it, as well.

But as sad as I sometimes feel when I catch a glimpse of time sneaking its way in, I know it’s just another lesson from Harlow, reminding me to make the most of it. We may not have forever, but at least we have today.

So we might as well get off the couch and see what’s out there.