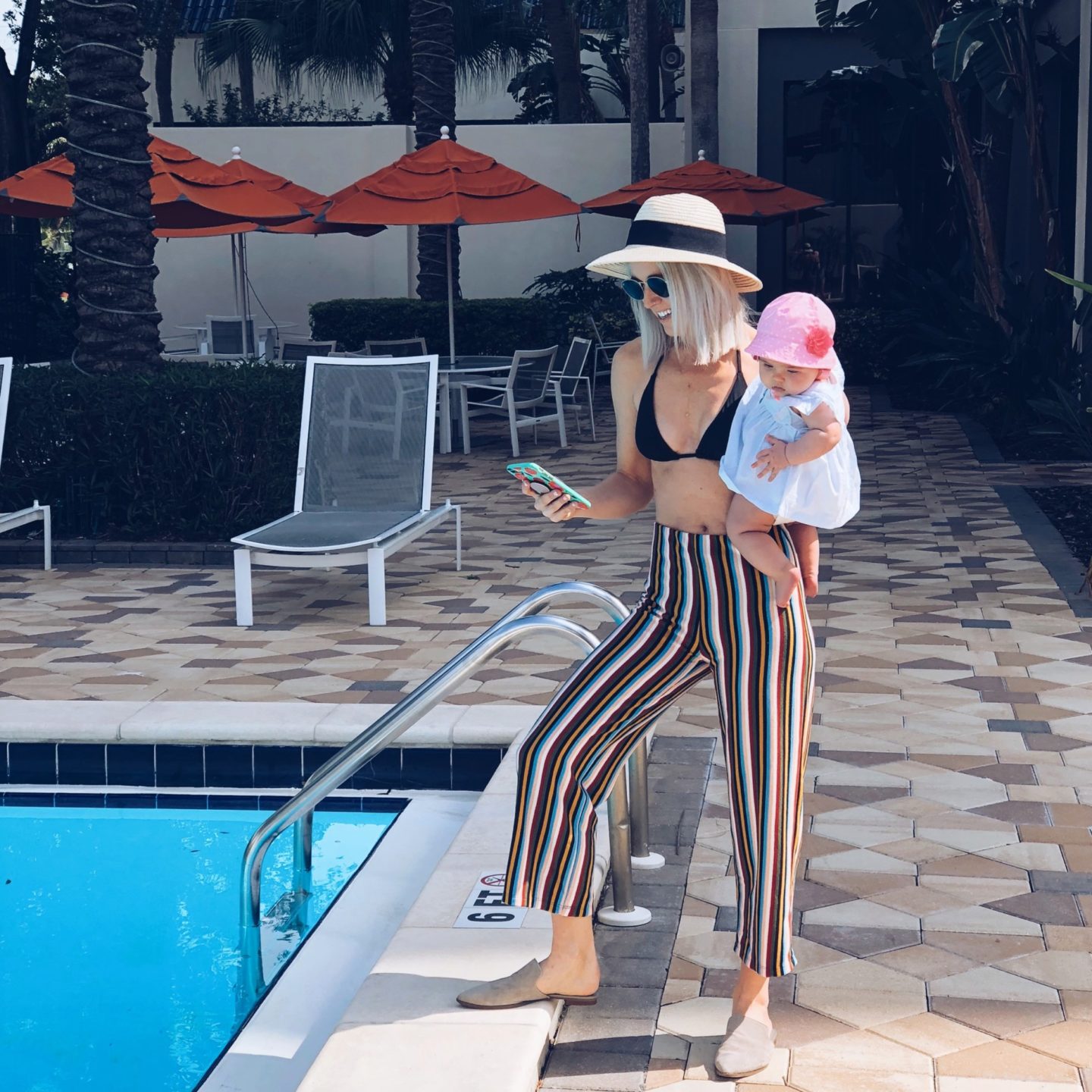 A few weeks ago I played “nanny” with my niece Vivi, while her hard working mama attended a work conference. The conference was held in sunny St. Pete, Florida during the week when Chicago was having one of the worst snowstorms of the year, so yeah, it just made sense.

But Chris and I are getting to “that age,” where we are constantly being asked, “so are you guys going to start TRYING soon?” We’ve been married for over a year, have dated for more than ten, so I guess according to that magic timeline everyone seems to follow, we should be “ready.”

And so I went to St. Pete to care for my six month old niece to play mom for a few days. And it was… you know, tiring.  Vivi is a great baby, from what I’ve learned a “great baby” means she sleeps well, doesn’t fuss a lot, and doesn’t drink or do drugs. But oh my gosh babies are so much work.

I occasionally hear of people who have kids and are so caught off guard by how much their life changes and how much work it entails and I have to bite my tongue from asking, how exactly did you think this would all play out? Because from my childless point of view, looking at my sister and friends who have babies, raising children looks like the hardest thing in the world.

Everything about life as you knew it changes x 100000.

I don’t think my sister has slept in seven years. And I don’t get how this works. If I don’t get my 8-10 hours of sleep every night I can’t function. Chris is the same. We are two dramatic monsters who insist on telling each other all day long, I DIDN’T SLEEP WELL!! Didn’t you hear? I tossed and turned for at least ten minutes!! I must take a five hour nap now.

So yes, the no-sleep thing really scares me.

And to be honest the fragility of it all scares the shit out of me. I was with Vivi for only a few days and I checked her breathing every single time she fell asleep. If she put any toy in her mouth I was certain she was going to choke on it. Or what if I dropped her? Or smacked her head? Or one time she fell asleep on a towel and I was certain the towel had scarred her face forever. (It didn’t.)

And you know what else worries me? The comments complete strangers think they can say to you just because you’re holding a baby. I noticed that people seem to give a lot of unnecessary “advice” and commentary.

Things I heard whilst holding Vivi and walking around the resort:

While she was crying:

Someone needs a nap! Oh is that what’s going on? I thought she needed a cigarette.

Usually babies go IN the stroller. (cue laughter from stranger.) I never thought of that! Thank you, sir! I will put this crying baby in the stroller now so she can cry even harder. You are a true life saver!

Oh, someone’s not very happy.  Do you work at an observatory?

Poor thing, why is she so fussy?  She’s going through a divorce, just got the papers today.

When Vivi was happy:

Isn’t she just the best little baby ever? She really is! I’m so thankful she’s not a little delinquent like all of those nasty six-month-olds I read about on the news.

You’ve got your hands full with that one! Well yeah, because I’m holding her. And she’s a baby. So it takes two hands, so yes. I literally have my hands full.

Okay, I’m done. You get it. People are just being people and I’m just being bratty. Probably because I was all up night with Vivi!! Jk, I never did nights. I really only watched her for about six hours a day, but that was enough to exhaust me.

All this to say, we’re still not on the kid train just yet. But it’s okay! We’ll be fine if we’re “ten years behind” several of our friends, because the only timeline we’re on is our own (and Harlow’s.) And until Harlow tells me he’s ready to share our couch, well then we’re just not ready either.

Now here’s a few photos of me drinking on the beach in St. Pete just living my best life. 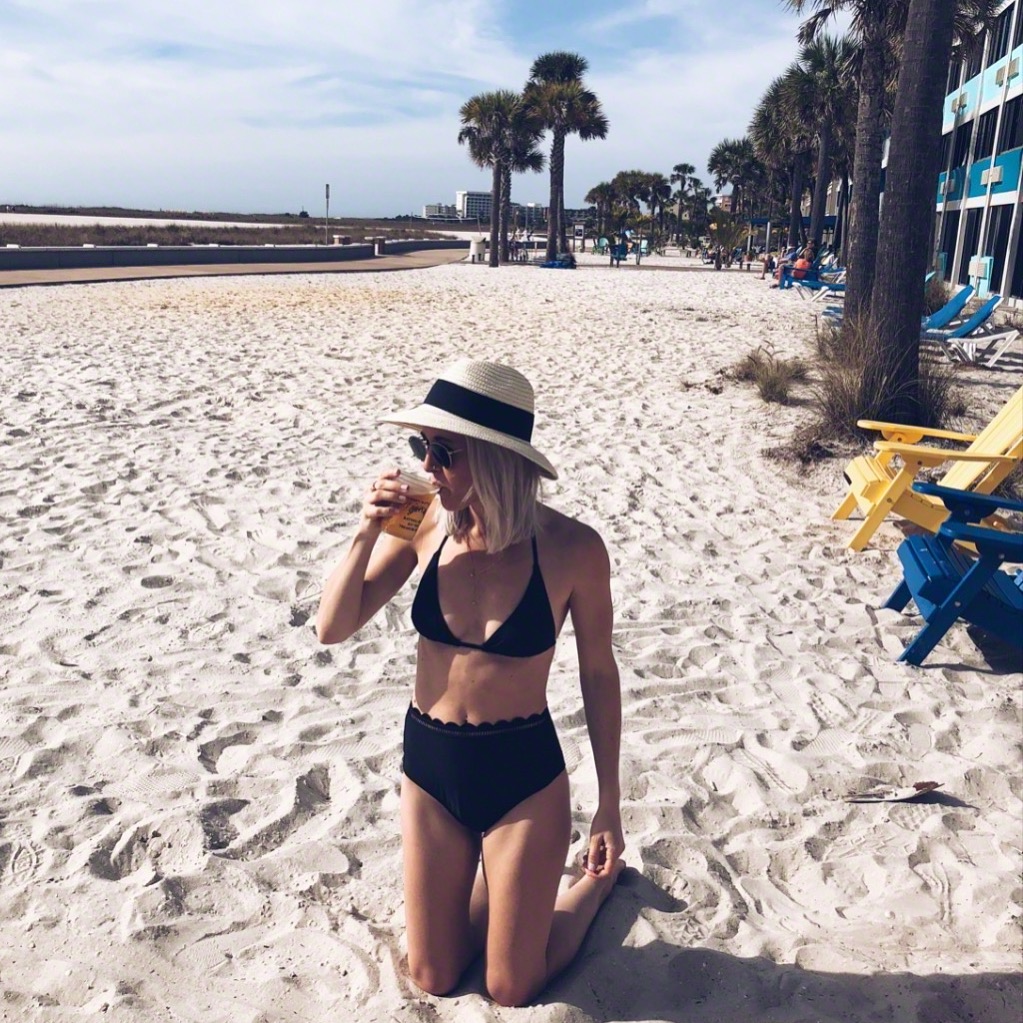 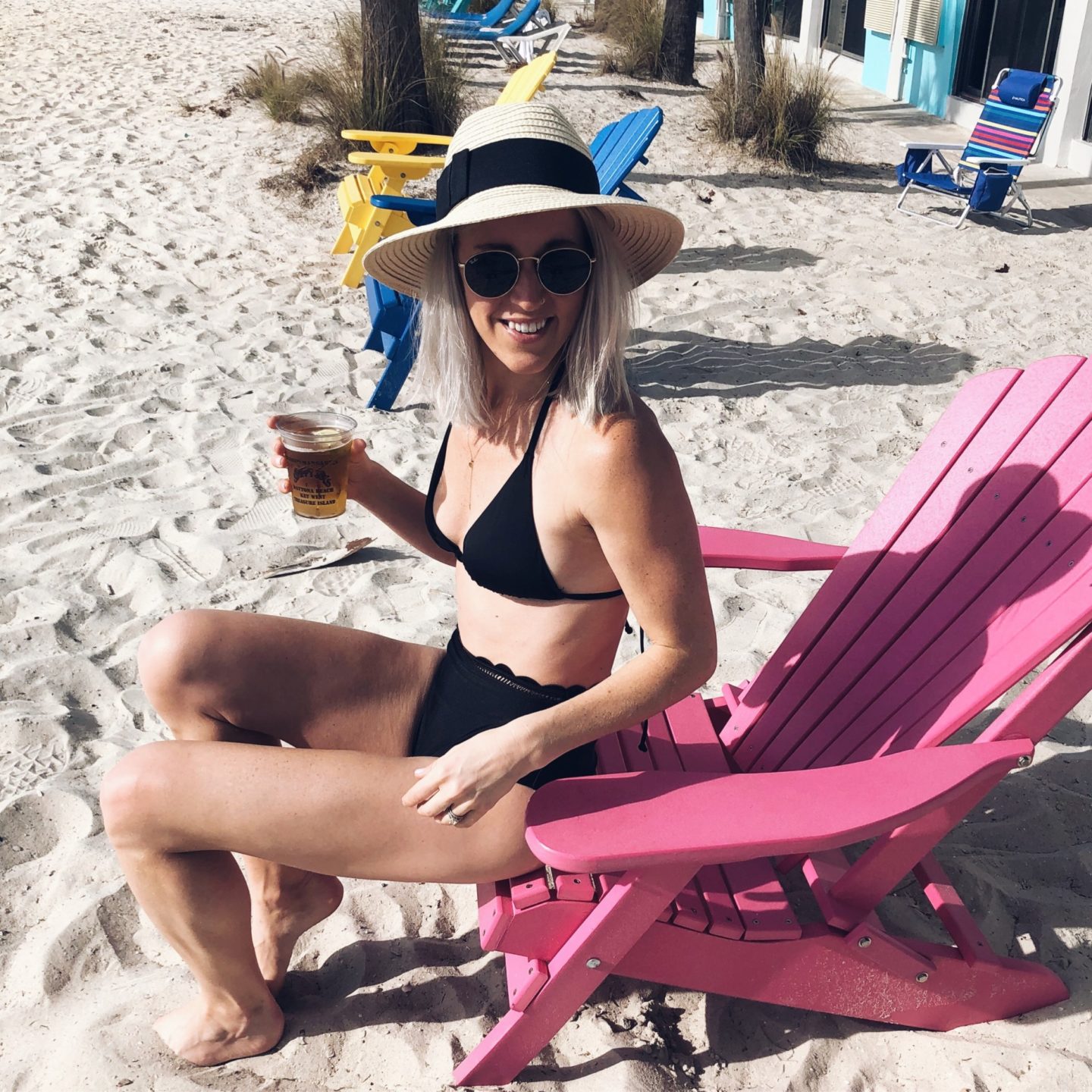