In honor of Valentine’s Day… this post is called, “Our Story.”  (As previously shared on our wedding site back in the day when we had a wedding site.) 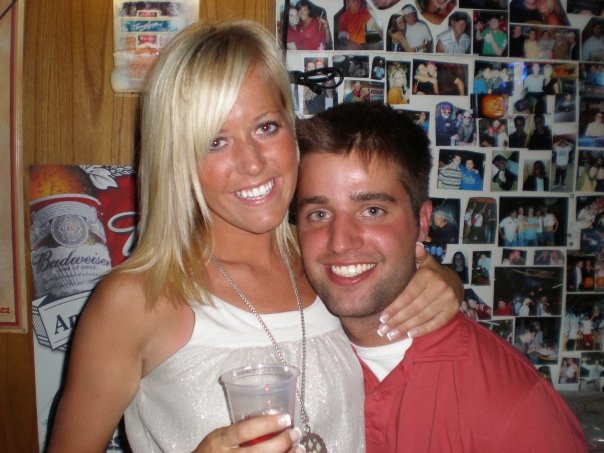 It was junior year of college. Too young for the bars, yet too old for house parties, it only made sense to “settle down.”

My sorority sister, Sara, said she knew a guy from Fremont who was single and very cute.

His name was Chris and he was a Fiji, a fraternity house known for the very serious bookish type… Jk. Sara planned for us to “accidentally” meet at a social gathering Friday evening.

Upon entering the rundown white house on Orchard street, full of strapping young Fiji gents and loud rap music blaring overhead, my group of girls walked down the steep stairs in our Wet Seal wedges into the musty basement and that’s when I saw the handsome stranger in the corner who caught my eye: the silver beer keg. Chris happened to be manning it. I would later learn this was “his move,” filling the keg cups for sorority girls like the nice gentlemen he is.

I don’t remember our initial banter, but I’m sure it was awkward and embarrassing for any unsuspecting onlookers. What I do know is that Chris said, “you’re very sarcastic aren’t you?” I responded, “no, not really.”

And then sparks flew. Literally. Someone dropped a cigarette near my feet and I had to jump out of the way.

A week later Chris asked me to go to El Potrero with him in the Haymarket for a date. It was my first “real dinner date” and I was nervous. Mexican food is a bold move for a first date. My KAT sorority sisters got me ready and coached me on how to be socially acceptable and not “too sarcastic.” I walked out of the house wearing a white shirt that belonged to Kate and a black North Face that belonged to Tyeler. Only the best for El Potrero.

Dinner went good. I was almost even comfortable enough to eat my food. When I came back to the sorority house I told my sisters that “this one is going to last for awhile.” In my head I knew I actually meant forever, but I wasn’t lame enough to say that out loud, you know?

One date turned into two. Then five. Then ten. And each day only got better. I kept thinking to myself, when will this fun exciting feeling wear off? And when it never did, I knew I’d found a good thing.

It was in November of 2007 after an intense road trip weekend to The Hawk at KU (more specifically the Boom Boom Room, if you’ve been there then you know) when Chris and I were sitting in his Fiji frat room and he officially asked me to be his girlfriend. He had just smashed an Italian Jimmy Johns sub as he often did back then and his breath smelled like a meat shop, but I hardly noticed. He had just asked me to be his girlfriend and I was ecstatic.

Then he told me he was moving to Spain in a month.

And thus began our five month long distance relationship just one month into dating. Luckily for us, 2008 technology was off the charts and I spent my days sitting in the school Union looking like I was an obsessed gamer with my huge ear phones, microphone, and mini web camera always set up. We spent hours Skyping each other every day. The time difference was challenging, but we made do.

He moved back in May and we picked up right where we left off. Until I moved to Kansas City to become the Iron Chef in July. And so we began a distant relationship for the second time.

The following year Chris took an internship in St. Louis while I remained in Kansas City, now even further apart. By this time, I was tired of being away from him and encouraged him to take a job anywhere. Because as long as I was with him, it didn’t matter where we lived!

Until that place was Topeka, Kansas. Turns out that was the one exception. (Topeka is good for some, just not for us.) While living in Topeker, we were a mere two blocks from the Westboro Baptist Church. If you’re not familiar with WBC, google it. Then burn your computer. Everyday I would walk by that hate filled church and plot my takeover. When I found myself wanting to hold up my own hate signs in protest of them, I knew it was probably time to leave Peker.

So we moved to Chicago. Sweet sweet Chicago.

We’ve been here for more than six years now and have so much fun enjoying this city. I often find myself thinking, how did I get so lucky to get to live in this cool city and constantly get to hang out with this awesome guy next to me- Harlow. Kidding, I mean Chris of course. (And Harlow.)

Chris makes life fun. He’s adventurous, likes to try new things, eat cool places, go to Disneyland on a Monday, and he never gets angry at strangers, or other stupid drivers, like I do.

And when I catch him kiss Harlow on the forehead when he’s sleeping I know I couldn’t have possibly found better.

We’re both so excited for our wedding weekend in Steamboat with all of our favorite people. We hope you’ll join us, and will most likely hold a grudge forever if you don’t.

Also, our wedding hashtag is #thehillishaveeyes (this was all Chris.) 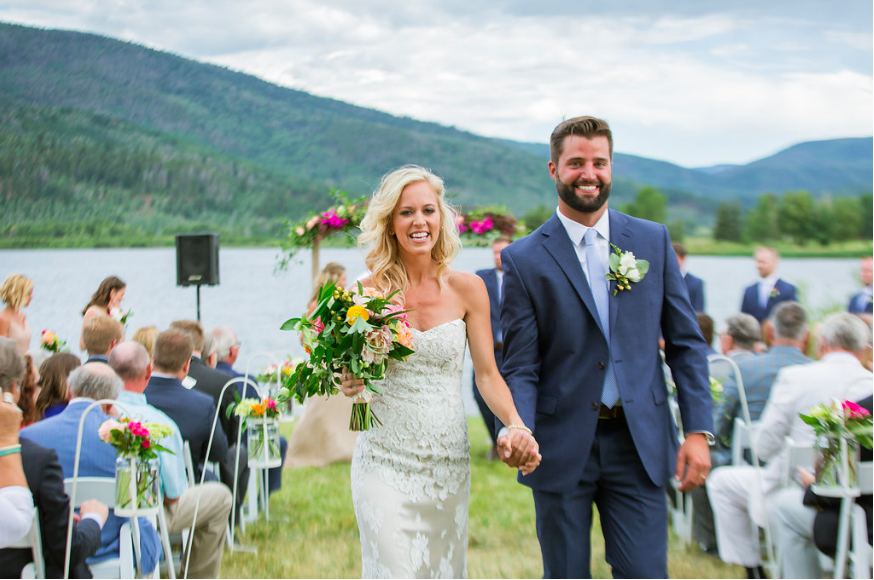