Hey guys, I haven’t talked about myself in at least 48 hours so it felt like the right time to do a good old fashioned, “25 Things You Might Not Know About Me” post. I hope you enjoy it! 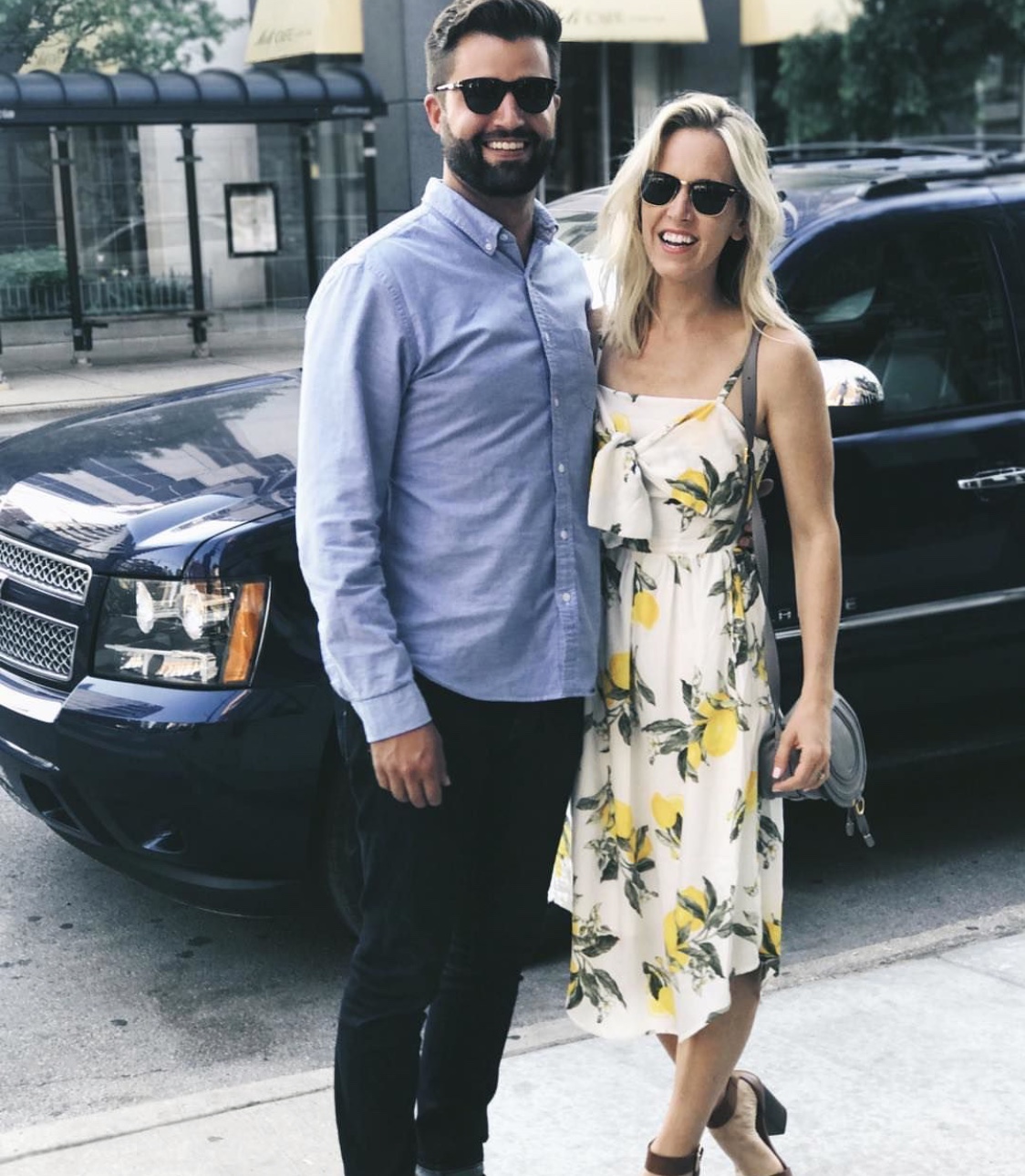 1. Let’s start with the origins of this blog. It all began in June of 2009 with the original name of, “Pantyhose Diaries.” I worked at an old fashioned publishing house where they required all women to wear skirts and pantyhose every single day. And this blog almost didn’t start at all because I worried “blogging was so over.”

*The name was changed shortly after when I left said job at lunchtime and simply did not return. No one makes me wear pantyhose on a hot summer day. NO ONE.

3. I wrote about a year’s worth of posts before I ever shared them or told anyone I had a blog. No photos, no spellcheck, no social media. Basically just me doing a lot of shit talking, as young twenty year olds often do.

4. The hardest thing about blogging for me now is keeping up with Jones and all of the damn photos that have to be taken. I put this pressure on myself, I know, but oh my God do I hate the photos.

5. Sports = Life. I had this shirt growing up because it was true. I played everything I possibly could play and was extremely competitive. I 100% believed I would grow up to be some sort of professional athlete. Which brings me to #6.

6. I’ve never had a good grasp on reality. I’ve been a dreamer since the beginning of time.

7. I found myself at Camp Foster in 1999. And what I mean by that is summer camp is the first place I remember using comedy and humor to get people to think I wasn’t a complete asshole. Boy, did I fool them.

8. I was born on the same day as my great Grandma Grace. She lived to be just shy of 102 and found out she was adopted by a psychic while at a fair in the 1930s. Her parents were livid. Read about it here.

9. I like psychics, but I don’t go to them often. The last time I went I was told that someone I shared a birthday with was in the room, this was about about four months after my Grandma Grace died.

10. Probably won’t surprise you to learn I believe in ghosts and am TERRIFIED of scary movies. I refuse to watch them. I get night terrors simply from the previews. I once heard that in the exorcist movie the woman wakes up every morning at 3:30 a.m. because of the devil, and simply because I “heard this happened,” I kid you not, for about two years of my life I woke up every single morning at 3:30 a.m. scared shit less.

11. I’ve had sleep paralysis a handful of times in my life. (And it might be scarier than waking up at 3:30 a.m.) Basically for me it feels like I’m suddenly awake, but am completely paralyzed and can’t move, and it’s around this time when a dark shadowy-like figure makes it way to the foot of the bed and I feel the darkest fear I’ve ever felt (in my sleep.) And then I wake up covered in sweat.

It tends to happen when I’m running a fever, or am staying in a hotel room alone. I googled it once and was blown away to see my experience with the dark figure and intense feeling of fear is very similar to what other people experience. Spoooooky.

Let’s lighten this up.

12. The only time I got in trouble in high school was when my mom would get mad at me for being a “sarcastic little smart ass” (this happened a lot and still don’t know why.)

I tried to be a cool girl who “went out” to parties and stuff but it just didn’t pan out for me. Probably because no one ever texted me. There’s always one girl in high school who has the cool phone who gets all the texts and invites. That was not me.

And I’m often a little wary of anyone who enjoyed it.

14. On the flip side, I loved high school basketball. I had an entire journal dedicated to poems and short stories about how much I loved basketball. Have you caught on that I didn’t have a lot of friends in high school?

15. The hardest celebrity death to hit me was Robin Williams. I can’t get over this one. It still brings me so much sadness to watch his movies or read anything about him – this article specifically. I was in class at Second City when it was announced and I’ll never forget it. We all just kinda stopped what we were doing (probably pacing the stage just shouting random things) and looked at each other like, what the hell? How did this happen?? He was simply the best.

16. Paul Walker also hurt and I have no idea why.

17. On a lighter note (and speaking of celebrities) the pregnancy of Jamie Lynn Spears shocked the hell out of me. Like in a way where I would still be thinking (and blogging about it) ten years later.

18. We moved to Chicago in 2011. Other than marrying Chris and getting Har, it was one of the best decisions of my life.

19. Before Chicago, we lived in Topeka, Kansas for six months about a block away from the Westboro Church. If you’re not familiar with that church, google it. Then immediately take a two hour shower.

20. About four years ago to the day I tried standup for the first time and decided it was MY DESTINY. I dabbled in it for a few years, trying to do the grind that comics do, but in the end I couldn’t handle the hustle. They say you have to grind for at least ten years before you find success in standup, to me “the grind” means night after night spent at bars doing open mics and I’m just not cut out for that life.

I’ve found other ways to get my comedy fix and whenever I start to miss standup I just pop into an open mic or two, enjoy it for what it is, and then head back to my couch.

21. But the most fun I’ve ever had performing on stage was with my conservatory class at The Second City. I was never great at improv so I knew this was as far as I’d go with SC, so I made sure to enjoy the hell out of every single performance we had. 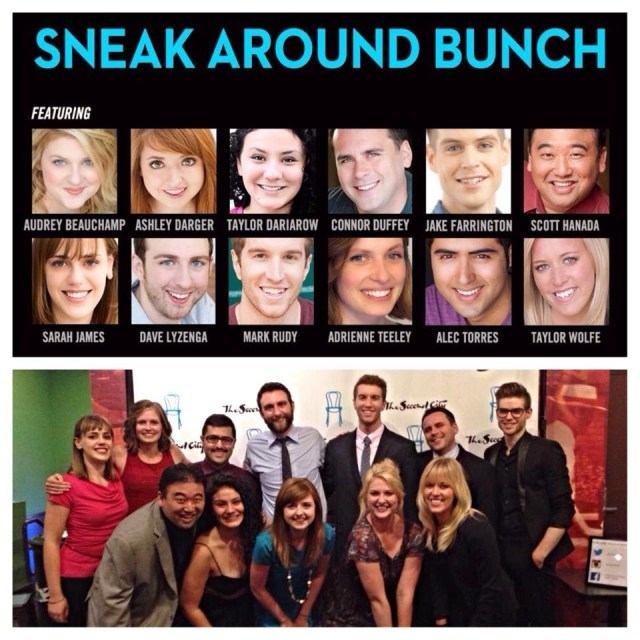 The only thing I loved more than the Monday nights on stage with this crew was drinking at the bar with them after. Also, should I get bangs again?! jk. Unless you think yes.

22. I have a gold #22 on a gold chain because #BALLA. And because Love and Basketball.

23. Chris and I have a new dream that involves buying an RV and traveling anywhere our heart desires for about 10-12 months. Does anyone want to join? More specifically, do your dogs want to join?

24. Speaking of travel, we just booked a trip to Prague, Budapest, and Vienna for late summer. If you’ve been to any of these places, or know anything we should do/see, please give me tips! Helene, I’m talking to you.

*RV life will have to wait until after this trip, obviously.

25. The first big business I ran was selling Beanie Babies in sixth grade. I made $1200 in a single weekend and immediately invested in more … Beanie Babies.

And Beanie Babies are always my cue to wrap things up. Tell me something random about you!