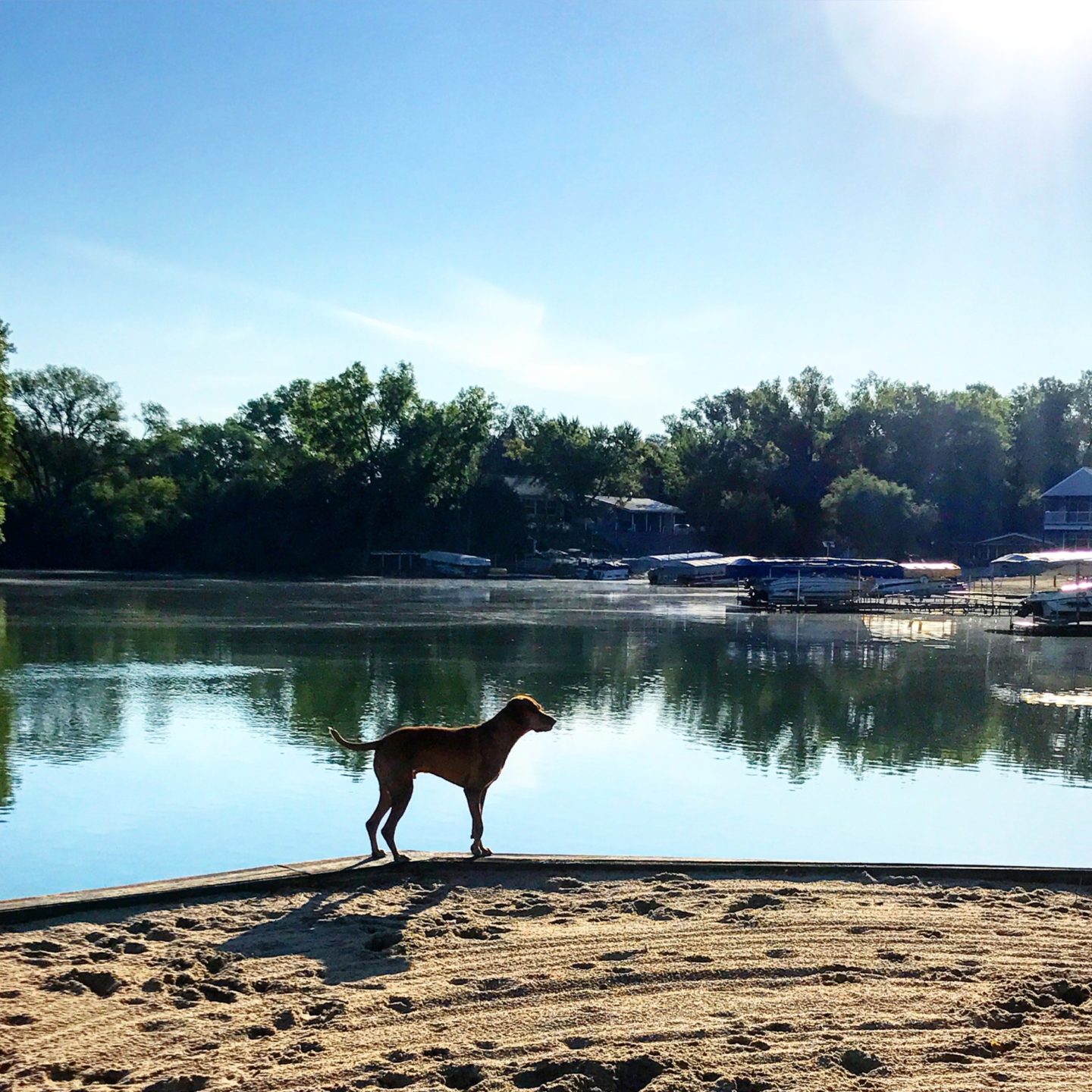 “Wow, look at all that flooding,” I say to Chris when I notice a fence under water on the side of the road on our seven hour road trip from Chicago to Fremont, Nebraska.

“Yeah, Iowa has had a lot of rain,” he responds.

“And the river is crazy high,” I note when we cross a bridge.

“Look how tall the corn is,” Chris says.

“Must be because of all of the rain,” I say, knowledgeably.

“The fields are so green right now. Maybe more green than last year,”  one of us says. Not sure which one.

“Must be because of the rain.”

Two more hours pass and we cross into Nebraska.

“I don’t know though, these fields look pretty green again.”

“They do…. Lots of standing water too. Crazy.”

And this my friends, is just a peek inside a good old fashioned Midwest car trip! No oceans, no mountains, but we’ve got corn and flooding!!

Chris and I have been making this same trip for nearly eight years now, which means we’ve been having these same road trips convos for nearly EIGHT YEARS NOW.

*Deer on the side of road.

*Is that a dog??? Nope, just a piece of discarded sod.

*Iowa’s rest stops. They so fancy!

*How far until the next Taco John’s.

And lastly, every single trip about six hours in I like to remind Chris that once upon my very first job was detasseling corn.

“Did I ever tell you about the time I used to detassel corn?” I say longingly, like I’m a country kid remembering my roots.

“Yes, about fifty times,” he says, but I don’t hear him because I’m already starting into my story….

And I’m just itching to make some of that cash money for myself. For what? Blink 182 CDs obviously! And probably a sixer of Surge and some Fun Dips, too. A girl’s gotta live! You know what I mean?

Anyway, I get wind of a job opening at the Old Mill. And by Old Mill I mean detasseling corn in the fields just west of town. Without giving it any real thought at all, I forge my mom’s parental signature (something I learned to do VERY early on) and was ready to hit the fields. But when I learned the bus pickup time was 5:00 a.m. I had to tell my mom anyway, because I needed a ride to the pickup spot, obviously!

And she was like, you mean you got a job working in a cornfield doing manual labor that starts at 5:00 a.m. and goes until the late afternoon- in the 100 degree summer temps?!

And once she was done cackling at me she said, you throw a fit when I make you pull weeds in the terrace for ten minutes! You claimed heat stroke and dehydration. So how exactly do you plan to detassel for eight hours a day?

Valid. I thought to myself. But didn’t dare say out loud.

Because these people are paying me for my labor! You did not, I shouted back. I knew right then I was going to show her. I would keep the job the entire 8 weeks so I could make enough money to move out on my own even!

Uh huh, my mom said, tears still in her eyes from laughing so hard.

Long story short, she took me to the bus pickup at the movie theater the next morning at 5:00 a.m. She even packed my cooler lunch and my thermos of water because that’s what moms do when they know you’re about to eat shit and they’re going to be right at the end of the day.

Part two coming: What It’s Like To Detassel- a Midwestern Kid’s Right of Passage.