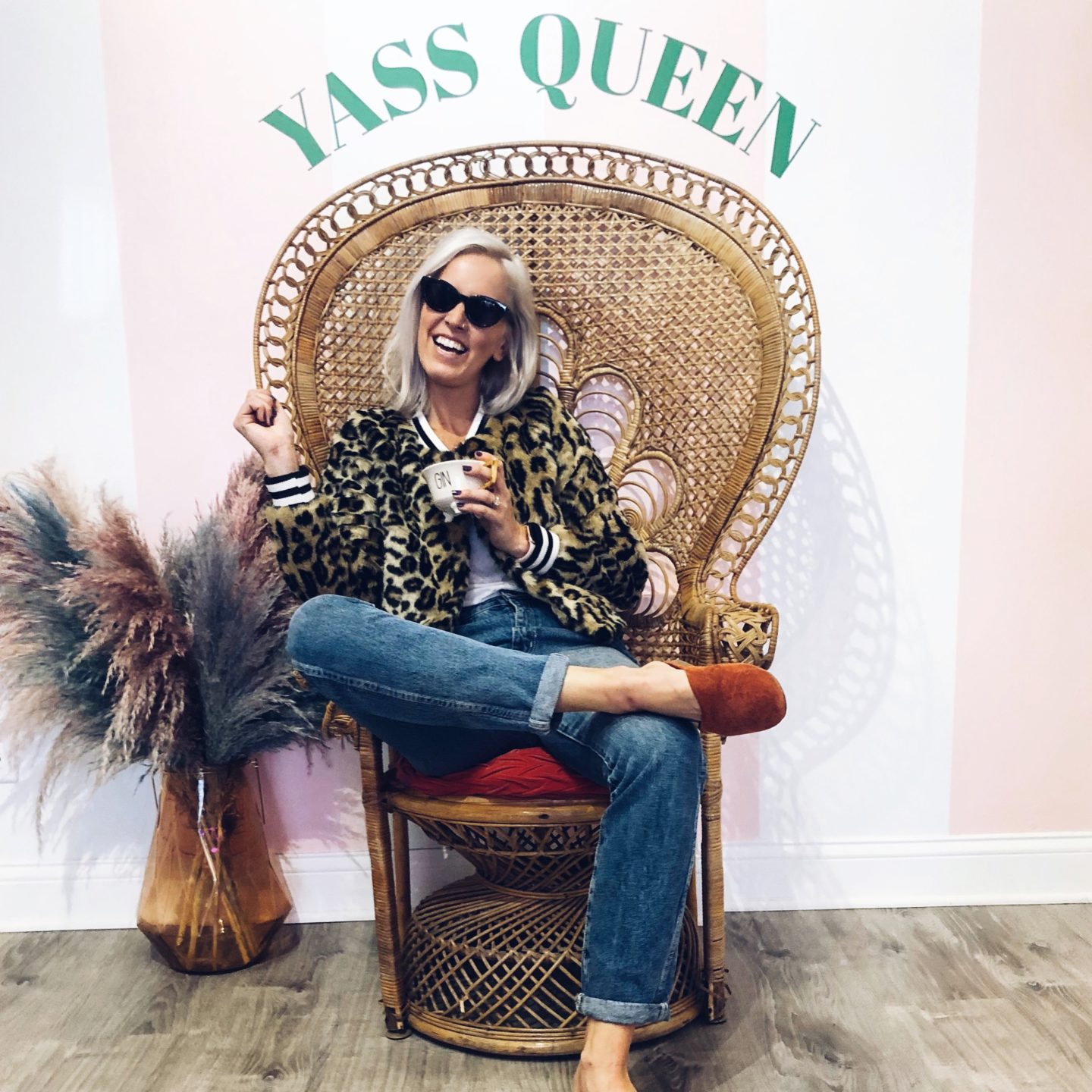 Not at all. I fully expect that every single person, likes every single thing I do. Because I. Am. Wonderful.

I am human, so yes, the insecure bug does sneak in from time to time. However, compared to old-me, the amount that I let it bother me, or keep me doing something I want to do, is very very low. Can you smell that this post may be another self-helpish one? Because it is! Yay!

I’m in the midst of focusing on new things and letting go of a lot of old things (an internal season change, if you will) so that means I’m going real heavy with the self help books, podcasts, articles, ext right now. And since this blog is where I write about what’s going on in my head.. you get to hear me talk allllll about it. Lucky you!

So to follow up on yesterday’s, “hey I want to start my own business post,” today is about fighting the fears that go along with putting yourself out there.

I think if I look back in my past, the thing that helped me overcome any fear I had about trying something new, or putting myself out there and risking humiliation, was doing standup comedy. The first time I stood up in front of a room full of people and tried my hand at three minutes of jokes is a feeling I’ll never forget.

My body was certain I was going to die. I was sweating, shaky, my mouth was dry and my heart was beating faster than it ever had before. The thoughts going through my mind were something like, “Why am I even doing this? This is so stupid. I am going to fail and be mortified. No one is going to laugh. Why didn’t I just stay home? This is pointless. Nothing will come from this. I already know I’m terrible. I need to leave. I need to run far far away. Why do I even bother? Pretty sure I’ll die if this goes how I think it will.”

But buried beneath all of that garbage was a teeny tiny barely audible voice that said, “but what if?” What if I do okay? What if I don’t die? What if… I actually enjoy it?

And that one “what if” brought me on stage for three minutes I’ll never forget. It was an adrenaline high unlike anything I’d known before.

I spoke too fast, I didn’t wait for punchlines, a few people gave pity laughs, and then my time was done. But I did it and I felt incredible and best of all, I DIDN’T DIE.

I still deal with all of that mind garbage whenever I start something new or step into territory that’s unknown. The only difference is that now I’ve given that “what if” voice more of a pedestal. I hear it louder and more frequently than I used to, I think that comes with regularly putting yourself out there.

In regard to worrying about what others think of you…  What if you realized that the person you’re sure is always watching you just waiting for you to fail, actually isn’t thinking about you nearly as much as you think they are?

And what if you realized that their opinion really is none of your business, anyway? Letting go of this need for control over something that I have NO business controlling in the first place, is a little shift that has worked wonders for me. I believe I learned this one from Brene Brown.

What if you put all of that worrying energy into shit you can actually change?

(Says the girl who always has the Monday scaries.) All of this stuff I’m preaching is a constant practice (for me, anyway.) Sometimes it flows easier than other times, but it’s a thing I have to work on daily.

When it comes to making money; either by self promoting, pushing a new product you came up with, swipe-ups, TSHIRTS, whatever business it is that you’re doing, remember that the naysayers aren’t the people paying your bills. The people who aren’t supporting you, aren’t going to be the ones buying your stuff, anyway. So let them be on their merry way.

Jen Sincero often talks about how she had a fear of “selling out” and having others judge her for it, but at the end of the day she realized, “people who make money sell things.” Plain and simple.

I could talk about this for hours but unfortunately I have to cut this short and get going. The rain stopped and Har needs his walk.