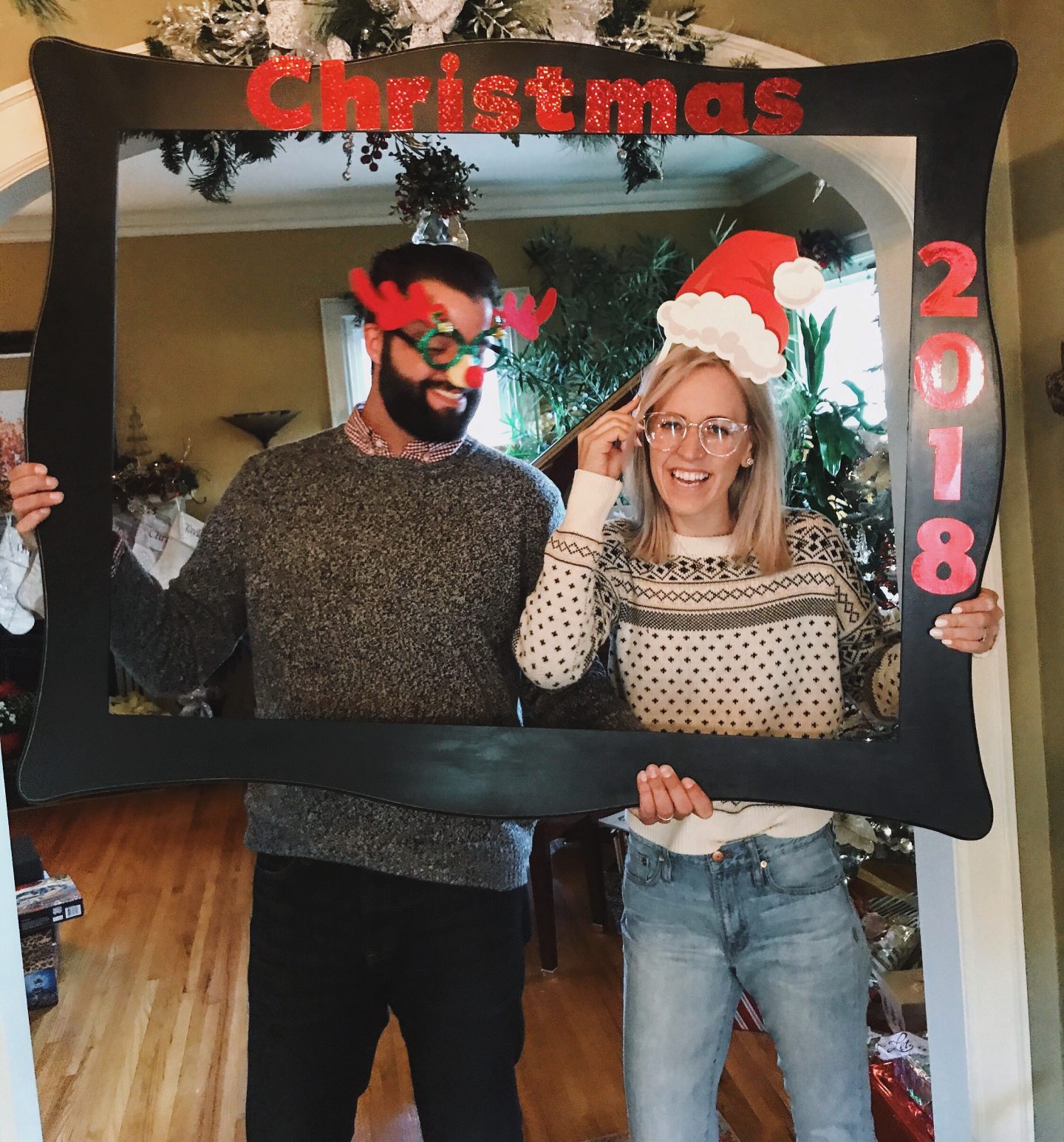 Sure, they’re still cute and sparkly, but there’s also this feeling of them being a little out of place, or cluttered now, as well. The tinsel on our tree looks droopier than it did before we left last week. Or maybe that’s just my eyes today?

The Christmas hangover set in hard and fast yesterday morning as Chris, Harlow, and myself embarked on the journey from Fremont, Nebraska to Chicago. If I’m being honest with myself, things probably went south when I agreed to the puppacino at Starbucks, just three minutes into our eight hour drive.

Chris already had his computer out in the passenger seat, catching up on work emails. Har was pacing in the back, nervous about the rumble bars (more on this in a bit.) And I just wanted my damn latte. But when the very sweet Starbucks employee saw Har and asked if he’d like a puppacino, how could I say no?!

“Of course!” I responded. Because I had a plan!

And that plan was to use the sweet treat to distract Har from the rumble bars. Sometime in the past two years he’s grown terrified of the human-made-bumps that line the side (and sometimes middle of two-lane) highways. Terrified to the point where we don’t even have to hit them, but he still knows they’re there and he’ll start panting and drooling and work himself into a frenzy until we get to the major highway at which point he is COMPLETELY fine.

Well five seconds after I got the puppacino (and attempted to hide it from Har until it was time to distract him) he jumped for it, bumped it with his nose, spilled it all over Chris’s computer, and shit hit the fan.

Isn’t it funny how everything gets ten times more dramatic when you’re grumpy and tired and stuck in a car for eight hours? Like adjusting the volume on the radio can suddenly become a double meaning for a grudge held from five + years ago. Lols. Boy, did we have a good chuckle about the puppacino spill. Chuckle. Argument. Tomatoe, tomato, am I right?

Long story short, we made it back to Chicago and now I’m staring at our leaning Christmas tree and droopy ornaments as if they’re campers who have stayed a day too long at camp. They need to go home now. Camp is closed for the season.

This week of purgatory between Christmas and New Years is a weird one. It’s little bit like waiting in an airport for your flight to take off. Of course you should open your computer and get some work done while you have the down time, but then again why not just wait until you get settled on your flight? That makes more sense, right?

I try to use this time to take it easy on work, but go real heavy on the mantra/journaling stuff. Don’t you worry, I’ll let you in on all of my crazy self help/pep talk rituals in blog posts coming this week.

To start simple, repeat after me:

Now three deep breaths. How do you feel? If you’re not vibrating just a little bit higher, try it again.

January gives me all the excited vibes, to read about why I love it so much click here. Now I have to go clean 100 things because … well I’m not sure why exactly, that’s just the urge I have right now. And I’m going to INDULGE! Bye!