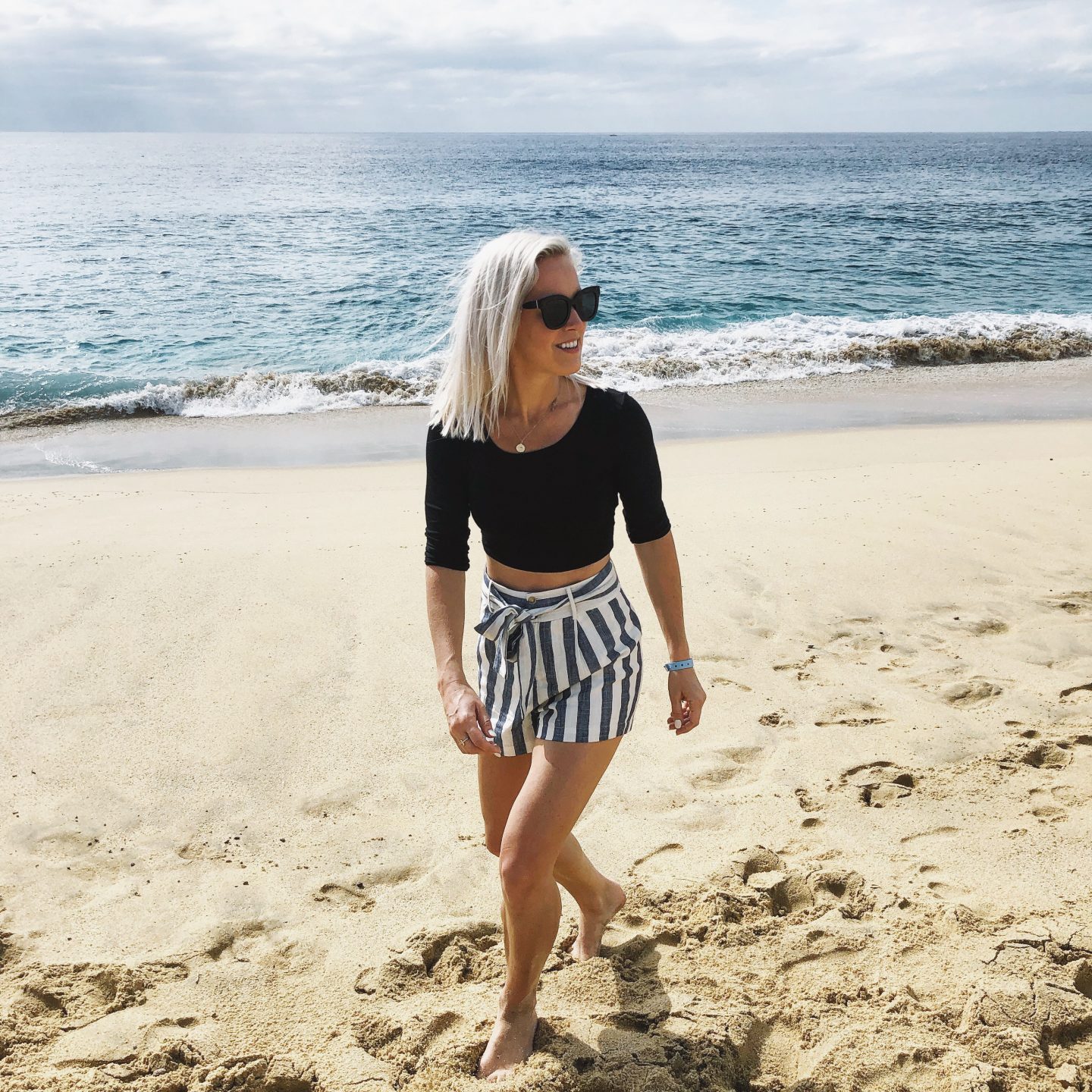 In the name of January and being all things wellness, active, healthy, etc, today I’m going to talk about food.

And with my food posts always comes a disclaimer because as I’ve learned over the years people get really sensitive about this subject; more specifically the subject of not eating meat. So allow me to post something in all caps real quick:

THIS POST IS ABOUT MY DIET CHOICES AND YOU DO WHAT YOU NEED TO DO AND I’M NOT TELLING YOU WHAT TO DO AND THESE ARE ONLY MY BELIEFS AND YOU CAN HAVE YOUR OWN BELIEFS AND BLAH BLAH BLAH, WE GOOD?

Okay that said, a little over two years ago Chris and I decided to stop eating red meat, or mammals specifically. Basically anything with eyelashes. Why this choice? Well from what we read, these mammals have a higher intelligence than others.

“Pigs are smarter than dogs.” We’ve all heard this a thousand times by now, right? Is it true? I choose to believe it is.

So it’s okay to eat the “less-smart” animals… is that what I’m saying? NO. Yes. You guys, I don’t know. That’s why this is a hard topic and hard thing for me to post about because I get too emotional and overwhelmed and it’s all so much.

We wanted to start with baby steps because Chris and I were both such heavy HEAVY meat eaters. The thought of cutting out red meat completely sounded terrifying. What would we eat? We both consider ourselves foodies. Would we be doomed to bland food forever?

Our plan was to make it a week. Then two. Then three. Now it’s a lifestyle.

“We’re mammal free!” I told the world. Everyone, look at us go!

Two years later we still get shit from friends and family members. And it’s STILL annoying.

And on the other side we got-

“But you still drink milk?”

Uh yeah, is that not okay?

“Then you’re not mammal free, idiots.”

Well shit, I had no idea. See I thought that I was totally fine drinking milk and eating cheese because “cows don’t have to die!” So I’m good! Right? Well… not exactly.

“Cows suffer horribly on dairy farms. They are bred to produce large quantities of milk – up to 10 times that they would naturally produce to feed a calf. The extra weight distends their udders, causing painful infections and contributes to lameness. John Webster, Emeritus Professor at the University of Bristol, likened the pain of laminitis (an infection that causes lameness) to us having our fingernails crushed in a door, and then having to stand on those fingertips for hours.”

That’s from a Veganuary newsletter I receive. I am not vegan. I am not close to being vegan. But I really admire the vegan lifestyle.

(Feel free to disagree with me. We’re all allowed to admire who/what we choose.)

So I’ve slowly been buying almond and coconut milk. Next up it’s vegan cheese.

We currently eat a lot fish on the weekdays and chicken and turkey on the weekends. I’m hoping to cut out meat completely in 2019. And fish in 2020? I don’t know.

We’re lucky in Chicago that so many of our grocery stores carry awesome fake-meat options. I realize not everyone has this luxury. Our favorite meatless burger is the Impossible Burger (we order it in about twice a week) and it’s not cheap. So again, this is a luxury not everyone has the privilege to afford.

Two weeks after I stopped eating bacon, a semi truck stacked full of piglets pulled up next to me on I-80 and I’ll never forget it. Their pink little snouts stuck out the fece splattered holes on the side of the truck, just begging for a breath of fresh air, and it gutted me.

I’m sure someone will want to make a “mmm that’s a truck full of bacon” joke and if that’s your prerogative, so be it. Once upon a time I may have said the same thing, because I used to love bacon. And now I am repulsed by it. There was a short time when I craved it, but that’s long gone now.

My cravings are overcome by my sadness about commercialized farming and what it does to animals, our earth, and our bodies… The small mom and pop farms where animals are treated humanely before consumption don’t keep me up at night. But let’s be honest, that’s not really how America farms anymore. And I don’t know why caring about any of these things is seen as a political statement, but I know it is, so I won’t say much more.

When we get into discussions with friends I’m often met with statements like, “you’ll believe anything you see in a documentary, huh?”

I do like docs, I’ll admit that. But I try my best to take them with a grain of salt because I know I’m seeing what the creators want me to see. However, documentaries often inspire me to learn more and do my own research on subjects. And at some point you read too much and see much and then it’s hard to go back.

I could talk for hours about this but I’ll wrap it up now, the info is out there if you choose to look for it.

And that’s a little bit about my current diet as of January 9th, 2019. Is it right? Is it wrong? I don’t know, but I know it works for me right now.  I have more energy, I don’t miss the meat sweats (or the meat bloat) and I have just a teeny tiny bit more peace of mind when I’m having breakdowns about animals at night. To each their own.

If you’re thinking about diving into a new diet/lifestyle, my advice is to start small. Take it one day at a time. Hell, even one meal at a time. Don’t get overwhelmed. Look for people who positively support what you’re doing, rather than call out everything you’re still doing wrong.

After I was called out for drinking milk, I started to look around at all of the over things I was doing “wrong” and it was a slippery slope. I have leather purses. I have leather boots. I use Windex!!! (They test on animals I learned after someone spotted my Windex in an Instagram vid.) Where else was I failing?! I felt so crappy about everything I was doing “wrong” I was almost like, “what’s the point of even trying?!”

And then I’d take a breath, relax, and remind myself that the point IS to try. Just start somewhere. If I allow myself to get caught up in all of my imperfections/things I’m doing wrong, I should have given up years ago because God knows I have a shit ton of them.

Start where you can. Start with what you’ve got. Deal with the next hurdle when you get to it.