We bought a new Fiddle-Leaf Fig tree a few weeks ago because Chris and I were getting along too well and I wanted to mix things up a bit. 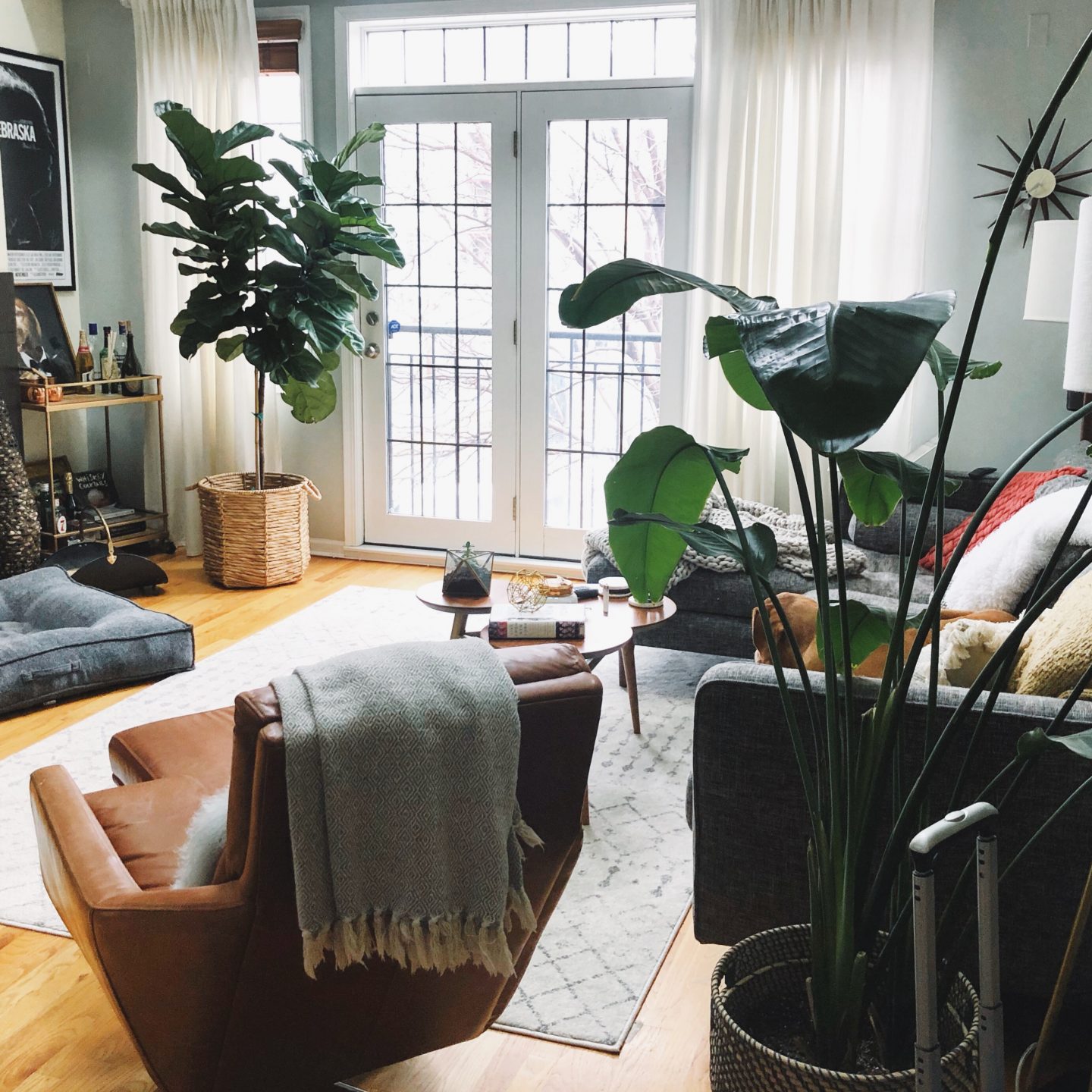 That’s right, guys. We argue about plants. We’re those people. We also argue about kitchen cabinet organization, how to load the dishwasher “correctly,” and oil changes, to name a few. We’ve been together for 11+ years so this all feels right.

As much as I’d like to get into the politics of loading the dishwasher correctly, (wanna know the correct way in my opinion? you just load it. congrats, it’s done correctly,) I won’t. Because not everyone agrees with this method and it’s a hot topic in our household.

So we’ll move onto the next thing, which definitely isn’t oil changes or making sure one doesn’t touch the car windows or roll them down because damn it the car was just washed! Definitely not.

Today we shall discuss plants.

Sometime in the last 3-4 years, we’ve acquired quite a bit greenery. It started with buying a few for our roof top, and then we couldn’t part with them at the end of the season so we brought them inside. Then we acquired a few more when other people who could part with their greenery tossed out some perfectly healthy tropical trees at the end of summer. They just left them to die in the alley. Can you believe that? Me neither, so we took them in.

Now we have a bit of a jungle going on in all parts of our house.

The good thing is that both Chris and I love having plants around. The not-so-good thing is that we have different ways in raising them. Chris thinks I neglect them (I don’t. I mean I have, but not in awhile.) And I think he coddles them. (He does.) 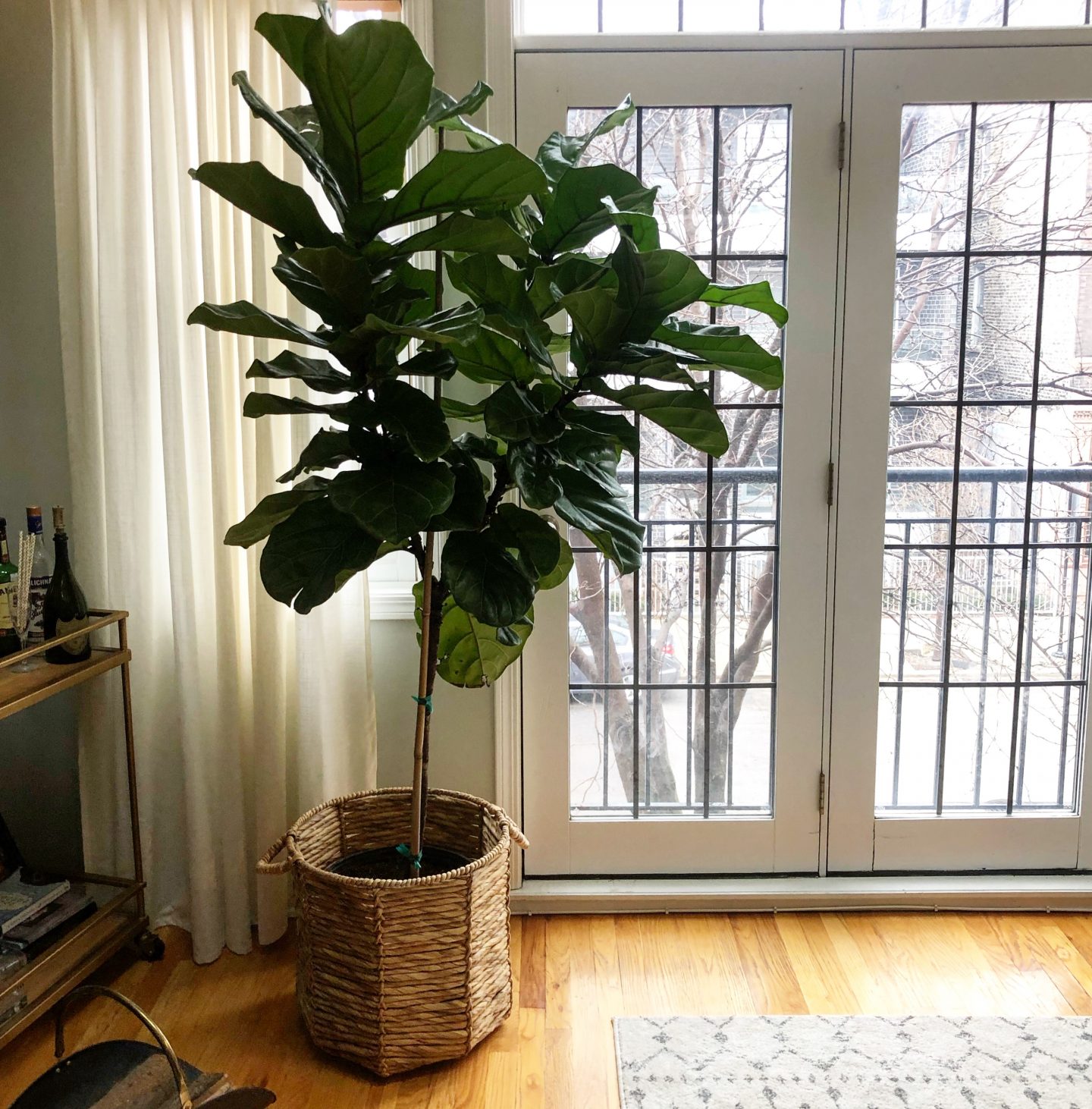 So when we brought home this beauty, we made a pact that we were bringing it into a peaceful home, and not one of arguments.

We found a great spot for it, put it in a new basket, and immediately got into an argument.

Figs don’t like direct sunlight. So is it in direct sunlight now? IS IT? No, it’s not. But we have differing opinions on how much that white curtain should be shut.

Chris boldly declared that he’s, “never killed a plant in his life,” and then about five days later he killed my succulent and our house was not a peaceful home for a few days… He no longer waters my succulents. And I won’t water the Fig (because I’m terrified.) But I will spritz it down and wipe its dust off (plants hate dust) and I also check in with it regularly (hells yes I talk to my plants.) 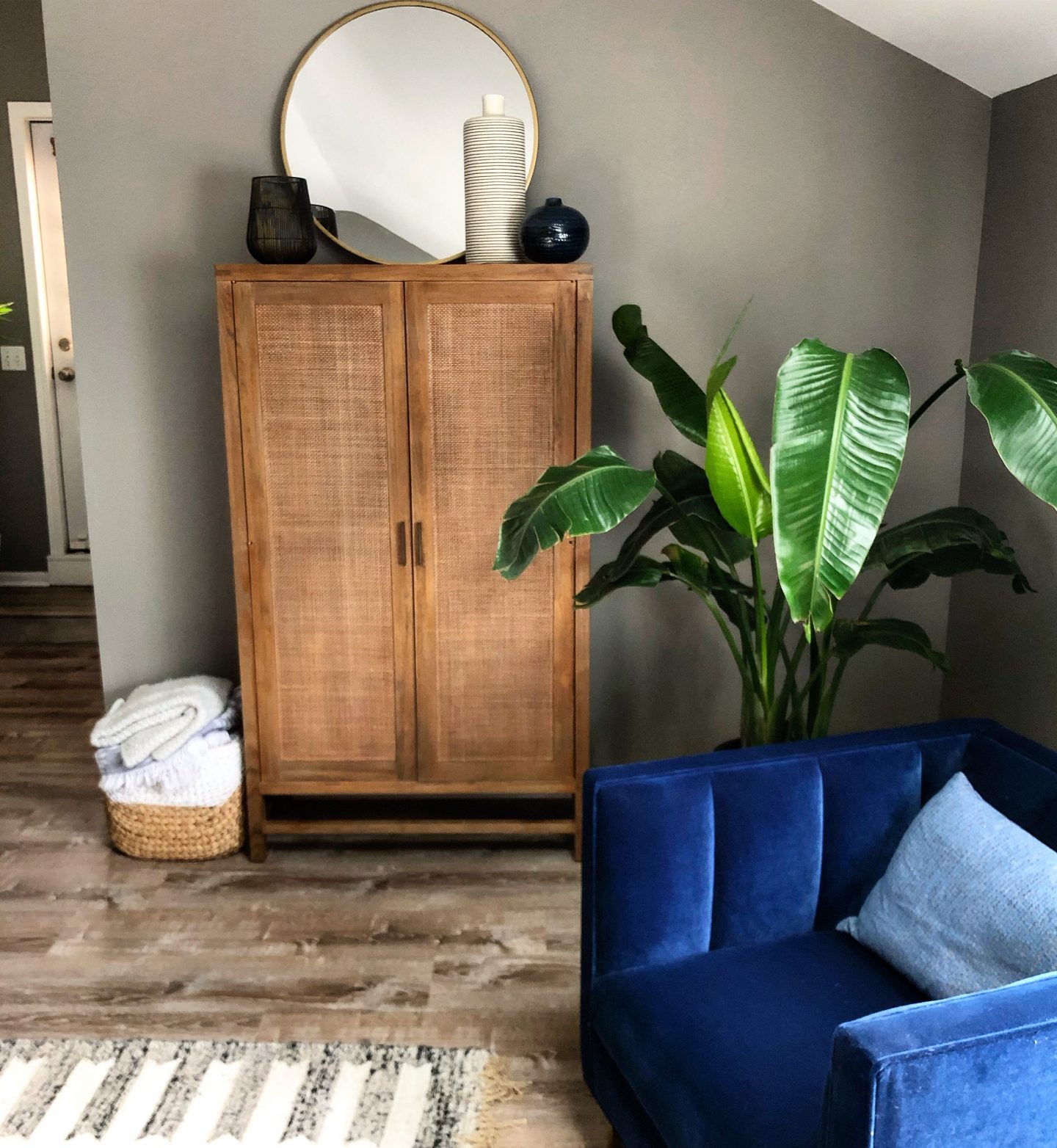 Now for a few plants tips as brought to you by, “I’ve Never Killed a Plant In My Life, *except for Taylor’s small succulent, Chris Hillis.”

*He does a soil check every Sunday- meaning he touches the soil to see how much water they need for the week.

*He sprinkles a little plant food in the pots about twice a year.

*I wipe down dusty leaves with a damp cloth once a week. As mentioned, dust slows growth (and it also looks gross.) Click here for my favorite little sprayer (great for cleaning bigger plants and misting smaller ones.)

*Know if your plant needs direct or indirect sunlight.

*If you live somewhere with cold winters, be careful that your plant doesn’t get too chilly by a window. We keep a space heater on low near our Fig.

This is my favorite way to kill plants. Plants love water, but they also love to dry out in-between waterings. (Remember that soil check from above.)

Over watering can also lead to gnats. So even though it’s tempting to constantly dump that last half of your water glass into the plant next to your couch, don’t do it.

Also, I buy all of my baskets on Amazon and Home Goods 🙂

I hope this has been helpful! Happy Spring, everyone!