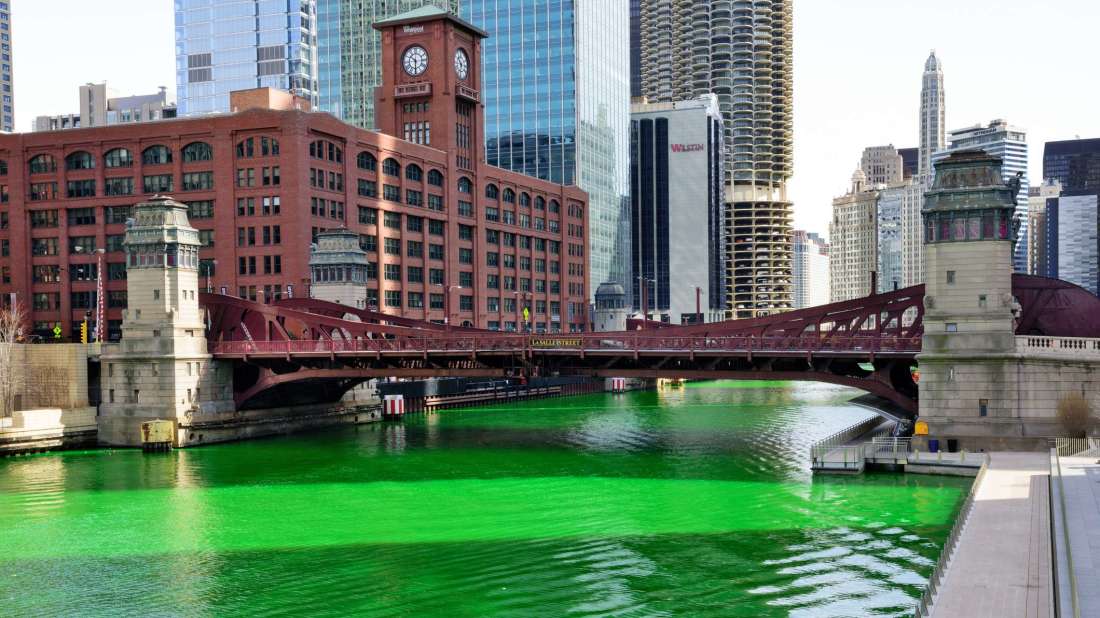 For those that don’t know, Chicago gets a little nutty for St. Patrick’s Day weekend.

The city dyes the river green, bars open at 7 a.m. (probably even earlier) and parades will run through the streets (along with drunk people dressed in all sorts of interesting costumes) all over city.

It never ceases to amaze me when I take Har for his morning park walk (usually around 7:30 or 8:00 a.m.) and there’s already hoards of people waiting to get into bars, or waiting for their Ubers to get to a house party. That said, if you’re visiting Chicago for the weekend here’s what you need to know.

*The river will be dyed tomorrow at 9:00 a.m. One parade will start shortly after near Grant Park.

Streets will be closed and traffic will be bad, so if you can take a train to get where you need to be, take a train!

*It’s going to be sunny, but chilly.

If you’re downtown near the lake it will be even colder. Bundle up! Chicago is always colder than you expect.

Plan to wait in line. Don’t wear nice shoes, they’ll get covered in beer and cocktails and who knows what else.

*WHERE SHOULD I GO?*

I’m going to assume you’re staying downtown, so in that case I suggest Hubbard Street or West Loop. It’s where all the party kids hang out. (I think… as I write this I’m realizing it may have changed since I was a “party kid.”)

If you’re into the Wrigleyville stuff go up there, if that’s what you’re after it won’t let you down. Just take the red line from downtown and get off at Addison (download a quick CTA app.) Charm’d is a pop up bar going on right now that looks super obnoxious and perfect for Wrigleyville.

There’s several others, but I believe these are the closest to downtown.

Want to get out of downtown? Head to:

Lincoln Park –> go to Webster street and you’ll stumble into somewhere fun. (You can also stumble into Alice & Wonder!)

My favorite bars are the neighborhood spots not located downtown, but tomorrow everything will be packed.

West Loop! You might as well grab a nice meal while you’re here and this spot has a ton of great restaurants.

And that’s all I’ve got. Don’t forget that Yelp and Google are always there to help.

If you have a specific question, just message me! If all goes according to plan tomorrow I hope to wake up early and walk Har downtown to see the dying of the river. For the past eight years we’ve lived here I’ve only seen it once because I’m lazy. And also because Chris was usually rushing me to get to a house party… But not this year.

*maybe not this year.