I had all of these big dreams about writing 4-5 posts last week and then life happened.

For me “life” meant writing the second draft of my book. I told my book coach Joyce I would breeze through it and have the second draft finished by March 1st and that did not happen. However, I’m not going to apologize or make sad faces about it (because Joyce told me not to) and also because it’s FINE! It’s a work in process and it’s hard and annoying at times, but then there are those times when it feels as if I’ve stopped writing and my characters take over and they start doing things I never would have thought of, and that’s when I feel like a kid again first discovering the magic of writing.

In these past few months as I’ve actually been committed to finishing this project, the feeling that I’m job shadowing the life or a “real writer” keeps sneaking in.

I’ve been trying out getting up before 5:30 a.m. to catch the golden writing window. I make coffee, sit on the couch, and before I have time to question anything, I jump in.

I jump into the fictional world I’ve been (slowly) piecing together for a few years. I have conversations in my head with people that exist only in my head. And when I ease back into the world of the sane, I still see and think of my characters everywhere. I spot things I know they’d buy, or people they would despise, or situations they would love to mock.

Do I sound crazy yet? DO I? I don’t know if this is “normal” behavior because this is my first go at this, but it feels right. ish.

I snapped this photo last Friday around 1 p.m. after I’d been writing since 5:00 a.m. No shower, no hair brush, running on coffee and a bowl of cereal. 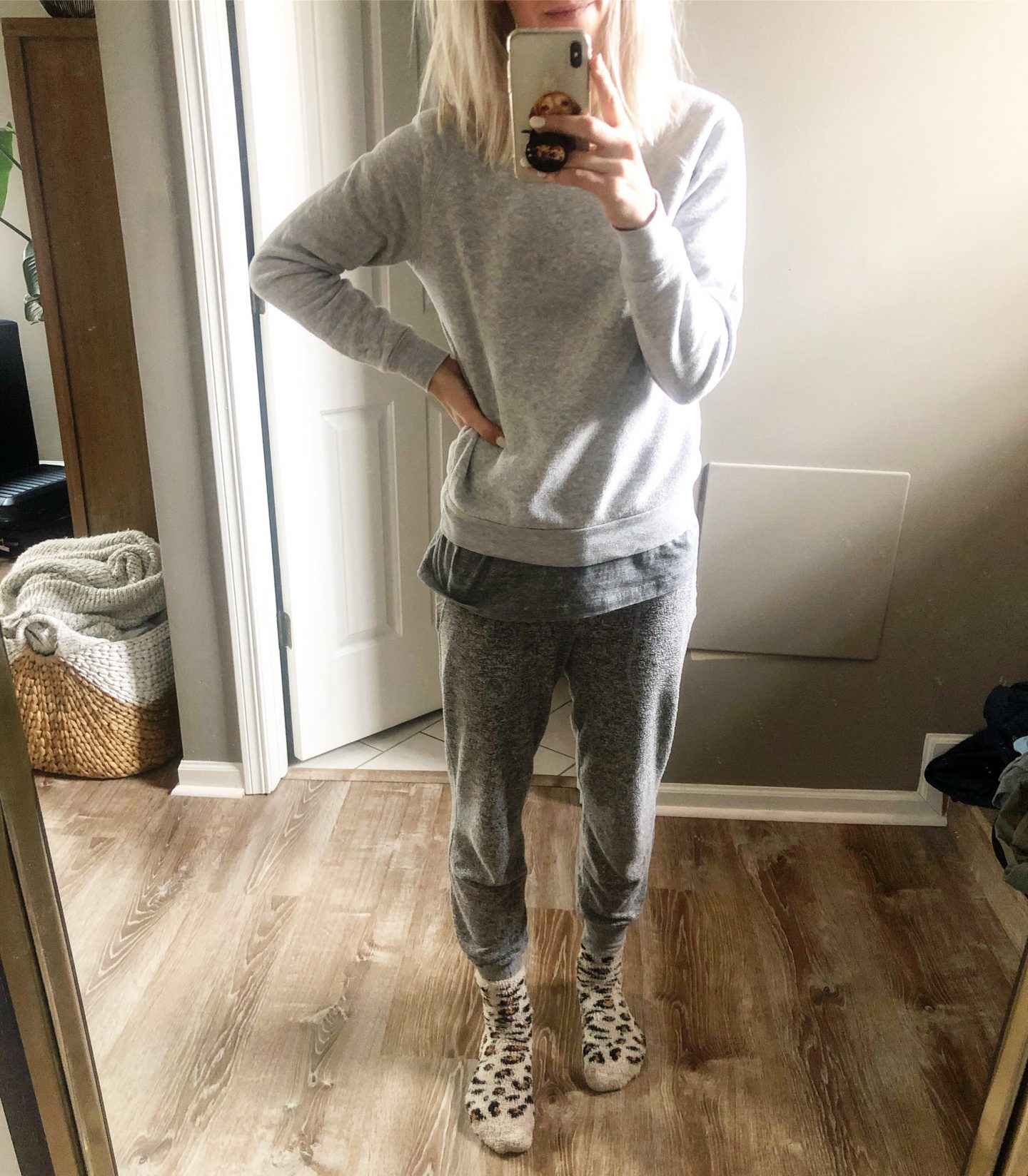 It was one of those moments where I caught my reflection and was like, “Hey! You’re the one choosing this life of isolation. You sure you still want in?

Because there’s no guarantee here. You may spend hundreds of hours on this thing and no one will ever read it. Or maybe they will read it, but they might not like it. They might hate it and tear you to shreds.

And on the rare chance someone likes it, then what? You relish it in for a second then get to slogging on the next book. Actually, there’s no time to relish here because people like to forget fast. So just understand that now.

So like I said, you sure you still want in?”

And just to be clear here this is still very much a conversation happening between myself and my mirror, which doesn’t feel all that weird considering it’s nice to talk to someone who’s not a character in my book for a second. Those people are quite consuming and very dramatic, I tell you what!

Before responding to myself, I think about my other options.

Maybe I forget the writing thing and go all in with influencing. More likes and more upfront money! And rather than being non-showered and in a smelly grey leisure ensemble, I could be at a very pretty brunch with very pretty floral table settings and mimosas and makeup and highlighter samples. It sure looks better on paper… I mean on Instagram.

And for some people, that’s the better route. They are no better or worse for wanting that brunch. It sounds pretty nice by all accounts, to be honest.

But when I imagine myself in that life forever I feel more isolated and claustrophobic than I do when I think about sitting in a small enclosed room writing for hours all by my lonesome knowing I won’t be receiving any encouraging LIKES or “love this look, girl!” comments along the way.

More and more, the insta-game has me feeling pretty empty and unsatisfied. And maybe that’s just me being pouty because I recognize I’m playing in a world I don’t really belong and it gets kinda frustrating seeing the ones who are so clearly better at it excel so quickly.

Or maybe it’s the part of me that knows I should be doing something else now. The closer I get to that fork in the road, the more desperate I am to go down it.

So my answer is yes. I still very much want in on the writer life and I will fight like hell to find a way to sneak in.

Oh the paths we choose… which brings me to that life changing book I read last week. DARK MATTER! This messed with my head on so many levels and I’m still thinking about it ten days later. What if every time we made a decision, there’s another version of us in an alternate Universe making the other decision? I’m not a real sci-fi fan by any means, but I loved this book. Read it and get back to me!

and now for some quick writing advice as shared by Elizabeth Gilbert,

“I had hardly begun to read

I asked how can you ever be sure

that what you write is really

any good at all and he said you can’t

you can’t you can never be sure

you die without knowing

whether anything you wrote was any good

if you have to be sure don’t write”