I don’t know if I just get caught up in the fun of it or what, but sometimes I’ll post something that I almost immediately regret. I’ll occasionally post things that have no business being out there for everyone to see because they’re just that stupid. But there’s something inside of me (pride perhaps?) that simply won’t let me take it down either. It’s like I want to torture myself for being such an idiot for posting something that dumb that I insist on making myself suffer the shame of leaving it up. 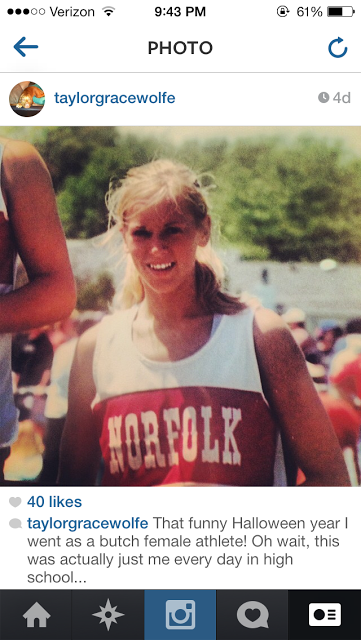 I just stumbled across this photo after not having seen it for years and thought it was so incredibly awkward that I just had to post it on Instagram for all to see. It was also one of those photos where right as I hit “share” I immediately regretted it. No one wants to see me in a track uniform. It’s just uncomfortable. However in this photo an idea was born. And thus I present to you… 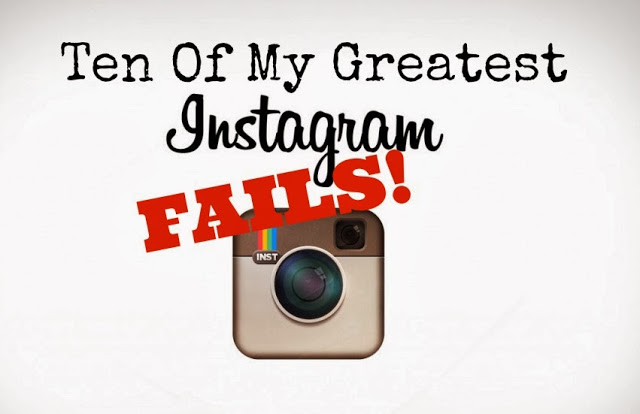 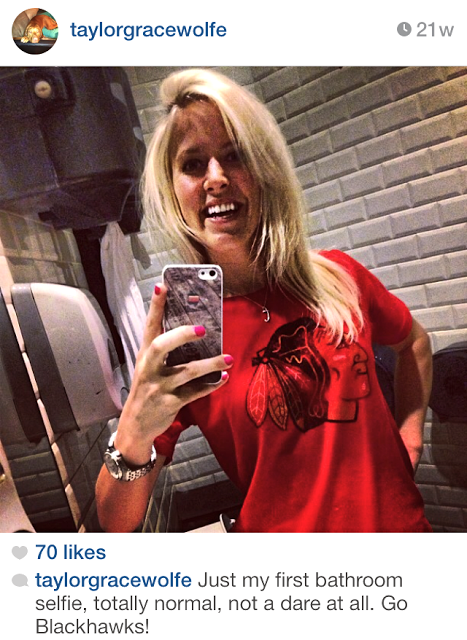 Even though I like to pretend I took this “ironically” and have never before (or again) taken such a photo, it’s still goes against everything I stand for. The bathroom photos just aren’t for me, but to those of you who rock them, well to that I say keep on rocking them. Just make sure the toilet is flushed if it’s within view. (Classic rookie mistake.)
#2.  The “look how cool I am.” 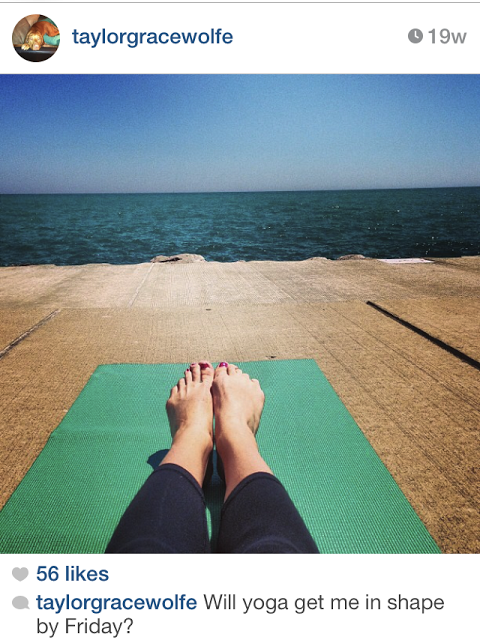 Look at me! I’m doing yoga in front of water and want everyone to know about it!  This isn’t even a good photo, I was obviously just a little proud of myself for making the effort… Sorry for sucking. 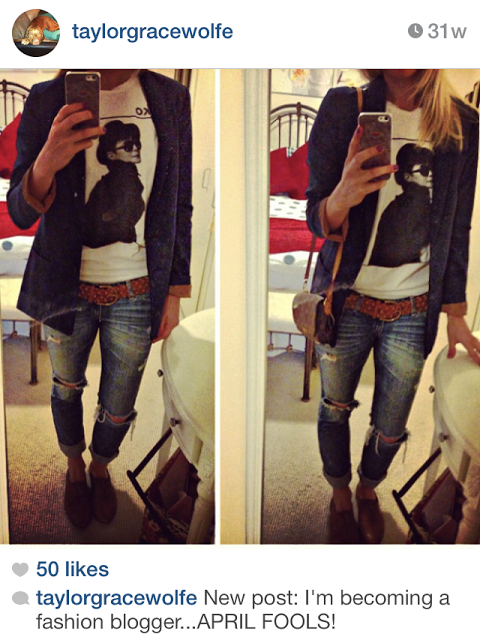 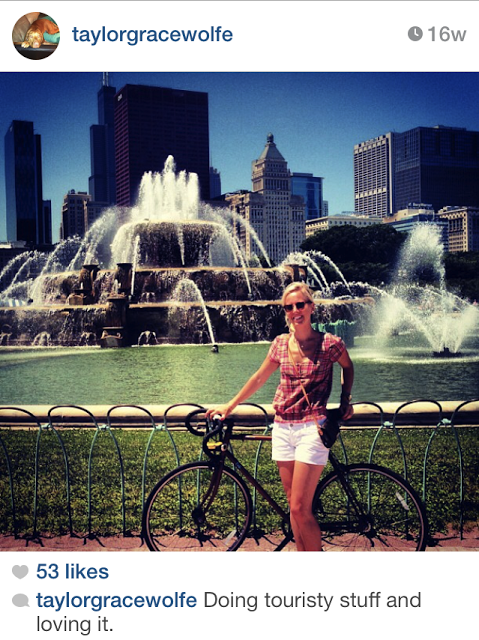 I feel like this photo was taken in 1998. And it was my first time being in a big city. And I brought my bike with me from Nebraska strapped on top of my white Nissan Quest Minivan that has a black bra on the front to keep it looking fly. (If you don’t know what a car bra is I suggest you google it.)
*and just for the record my mom had the exact vehicle I just described, black bra and all. 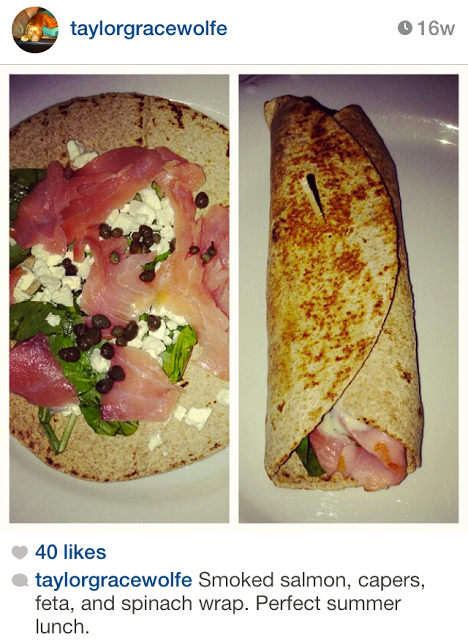 A wrap with salmon and capers?! Well that’s just mind blowing, totally worthy of showing everyone. I feel like a caveman might as well have posted this with the caption “me food.” 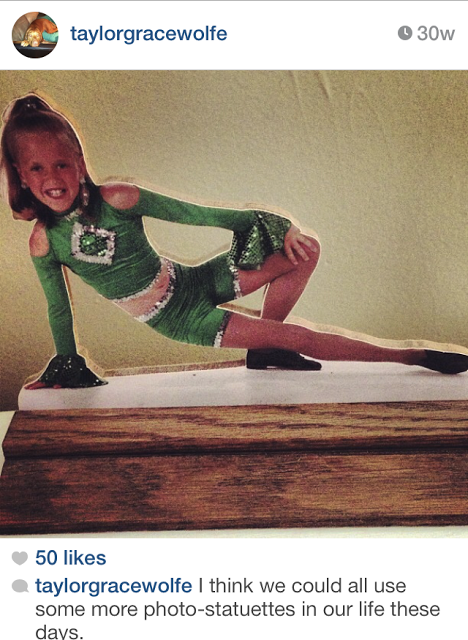 What can I say, I just really liked this statuette when I was little. And in hindsight, I just realized how odd it was that a bunch of eight-year-old girls were dancing in two-piece shimmery outfits to a song with lyrics that went “1, 2, 3, 4 get your woman on the floor… gotta gotta get up to get down….” But it was an awesome dance so whatever. 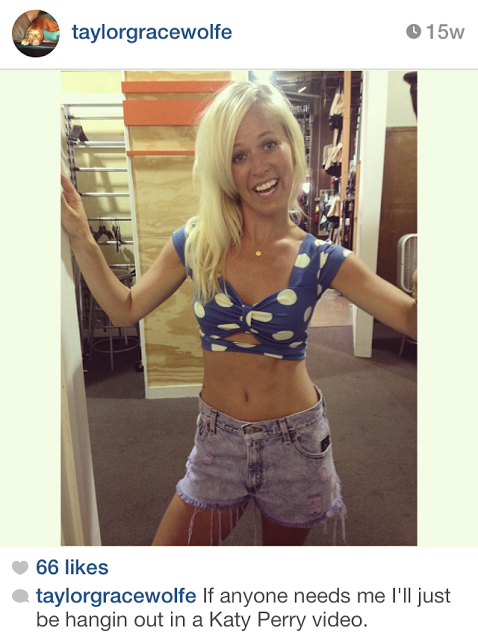 Again, this was intended as a joke. But that doesn’t hide the fact it still makes me very uncomfortable to look at. Dressing room, stomach showing, crop top, creepy smile, the list could go on and on… 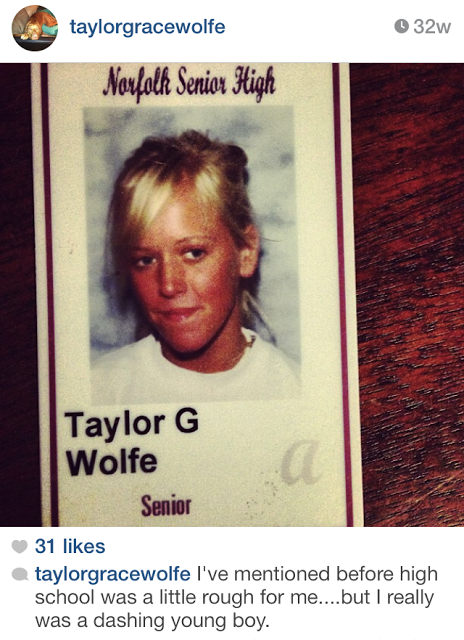 But why wouldn’t someone want to see my senior-year-of-high school I.D. card? 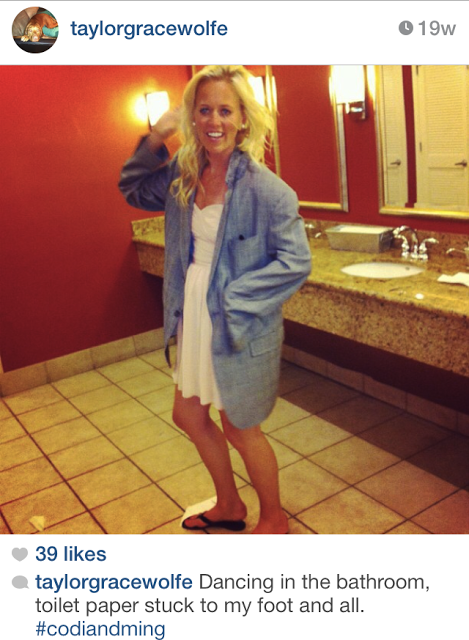 Another bathroom photo. Not okay.

#10. The obligatory “I’m getting my hair done and need everyone to know!” 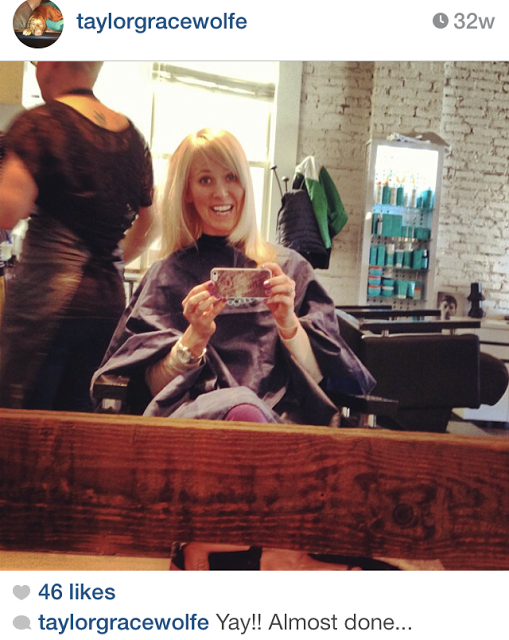 The thing about this photo is that it’s just not something I would normally do. I don’t judge you for doing it, I had just clearly given into peer pressure and wanted to join all of the other bloggers with their cool hair salon photos floating around on Instagram. But at the end of the day it’s not me. I hate the damn hair salon. Why would I want to document it?
Moral of the story, just be yourself. That’s whats really cool!