Anyone notice who’s been missing around here? The one and only Harlow. 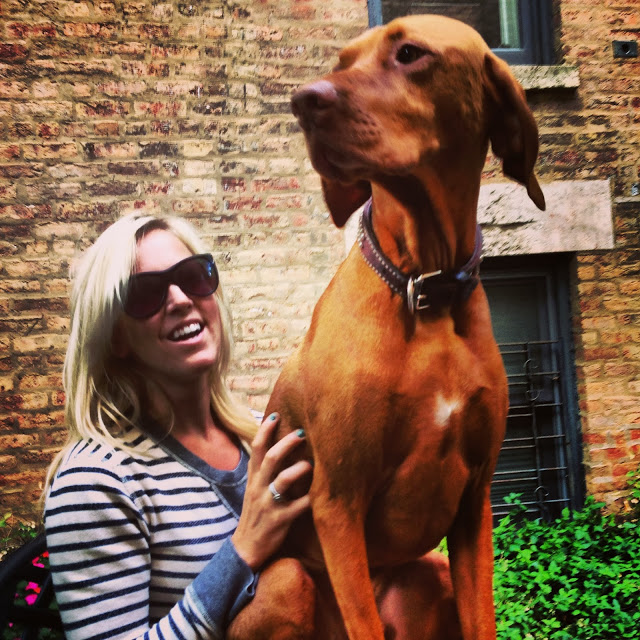 I haven’t seen my Har-Har since November 12th when I dropped him off in Nebraska for camp at Chris’s parents house. And the reason I haven’t been talking about it you might wonder? Because it makes me miss him too damn much.  I simply won’t let me mind go there because when I talk about him or post photos I get way too tempted to jump in my car and make a seventeen hour round trip in a day just to get my little guy. But that’s not exactly the most practical thing to do, so instead I just block it from my mind and focus on other things completely.

But now that I’m only 24 hours away from grabbing my little Harvey’s ears and holding him on my lap I am officially letting myself get excited. I took Har to Nebraska the week before we left for Cabo because he simply can’t do doggy hotels in Chicago, we’ve tried. We took him to one for three days and when we came home he was a different dog. For the following week or so after I picked him up he wouldn’t leave my side, even more so than usual. I think that if I would have offered to put him in a baby bjorn and carry him around 24/7 he would have agreed to it. I tried to take him to the same place roughly six months later just for a day visit while we were moving (I don’t know what I was thinking) and he absolutely freaked out and refused to get out of the car. And so I didn’t drop him off that day and I said I never would again.

And then there’s also the fact that Chris’s parents absolutely spoil him in Nebraska. Harlow eats better than I do when he goes to camp. Chris’s mom has him eating some special dog food that has to be kept in the fridge that you can only buy at Whole Foods and probably costs more than the chicken I buy at Trader Joes. I wouldn’t be surprised if she’s taught him to actually ask for it he loves it so much. She also sends us updates all the time of what Har has been up to with his cousin, Vandal. Vandal used to be the naughty one, now it’s pretty clear it’s Harlow. When they are together they are literally like two ornery cousins who drive each other crazy but also have the best time in the world together.

What could be more fun for a dog than running through open fields of snow chasing birds and deer? I think he might miss me, but then again I bet he’s probably too busy being a dog to even notice. 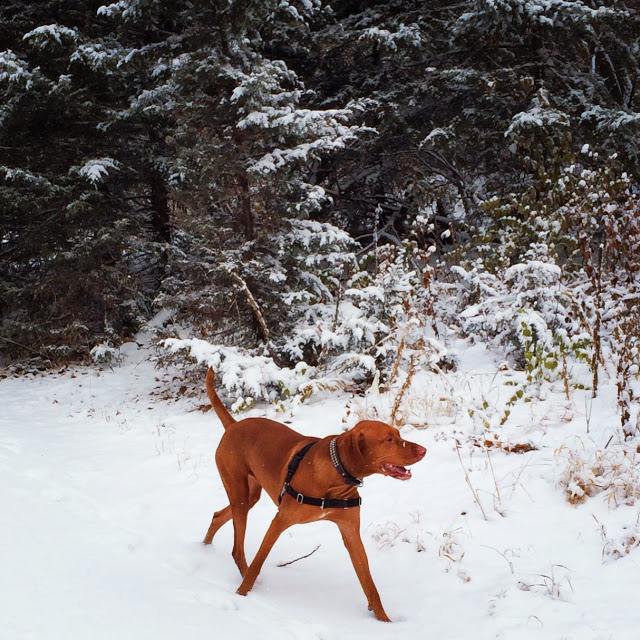 Would you look at that smile on his face? He’s happy. So even though I miss him terribly, I know that an extended stay in Nebraska is probably good for him to stretch his city legs a bit. But after being away from him this long I’ve realized that a house without a dog just feels empty.  So Harlow I’m coming to get ya, it’s time to make this house whole again.