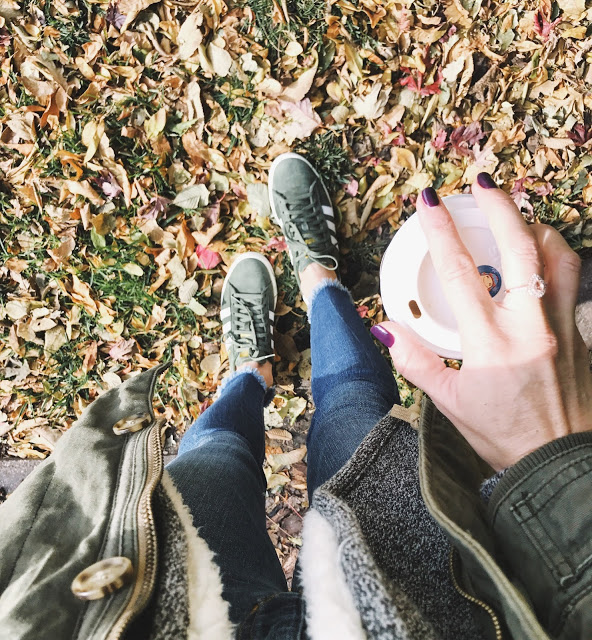 “David, how ya doing?” an elderly woman asks as she walks in on an even older man (whom we assume is her husband) in immense pain, trying to get up.

“It just hurts so much,” David says and then he gives up and goes back to bed.


“This is a typical day living with the shingles virus,” the voiceover kicks in. And then it proceeds to tell all of us watching the daytime commercial that it’s most common “in the elderly, as your immune system breaks down as you get older.”

It’s also common in 29 year olds who live in Chicago with their dog named, Harlow.

I don’t usually watch daytime TV, but today’s an exception as I’ve been struck with a terrible cold (or am still recovering from the 78 beers I drank over the weekend, still up for debate) so I’ve spent the day on my couch sipping Theraflu and watching bad TV, thus I saw the commercial that sent chills down my back. Or maybe that’s just my nerve damage?! (That’s an inside joke for all of my fellow Shingle survivors.)

So as we head into the holiday season, I’d like to take this moment to remind everyone to up their probiotics, or protein, or pro whatever the hell you take, because no one wants to be sick right now, and yet it always seems to happen. It got me last year right at this exact time. And if you’ve had chicken pox, then the virus is already in you, just waiting to come out at the worst possible time…

Which brings to me part two of of this post. What To Expect When You’re Expecting The Shingles Virus!

When I was in the thick of it, I actually cried myself to sleep like a toddler one night. I know that sounds dramatic, and I knew it was dramatic even while it was happening, but I did it anyway because I felt like there was lava on my back and that seemed like an okay time to be dramatic to me.

And I’m going to toot my own horn here for a second and proclaim that I even consider myself to have a semi high pain tolerance. I lived with H1N1 for so long that one day I actually fainted before seeing a doctor. I had a tumor in my toe I played basketball on day in and day out until my foot blew up to the size of whiffle ball bat before thinking, hey maybe something is up? And I had shingles for about two weeks before going to urgent care.

So like I said, I’m kind of a dip-shit when it comes to health sometimes.

Initially, I thought my back was on fire because it was “just a skin rash.” Maybe I was using weird detergent? Or perhaps it was a pesky spider getting me at night? Or… a reaction to strawberries? I made up 1000 excuses until the virus took a turn and I became physically ill- think flu symptoms x ten when my doctor friends urged me to go see “a real doctor.” (Not just google.)

The commercials featuring the elderly show the most gnarly looking rashes, that span their entire body. But I was lucky (if you want to call it that) and my rash never got bigger than a golf ball, and was only on my lower back. It basically covered that lower back tattoo I never like to talk to about- which yes, I’ll admit was a part of my dilemma as well.

1. Do I go to a doctor and suffer through the shame when I inevitably have to reveal that I have a tattoo on my lower back from when I was 16 in Vegas?

2. Or do I live in severe pain for another two weeks and just hope it goes away? (The shingles and the tat.)

After my doctor-friend told me that leaving shingles untreated can cause permanent damage, I decided it was time to go.

Anyway, the “treatment” was antibiotics, but since I had probably lived with the virus for 2-3 weeks it was unlikely the antibiotics would even work. So instead I was given fire cream (capsaicin cream) and as it turns out, by rubbing something on your skin that burns, it takes away the itch!

And this is the time in the post when I realize that perhaps I did take one too many cold pills and I’m wondering why I’ve just spent the last hour writing about when I had shingles. Just trying to educate you, I suppose! DON’T LET IT HAPPEN TO YOU.
*Get the shot, however I guess even that doesn’t work, so we’re all screwed.*

Long story short, once you’ve had shingles it’s more likely to come back. (Usually when you’re sick or under a lot of stress.) Like when you run a retail business and Black Friday is coming. But the most fun part in my opinion, is the longterm nerve damage! Out of nowhere, it will suddenly feel like I’ve been stung by a bee, or pricked with a needle on my lower back, and I’ll shoot straight up, just like the hairs on my arms and think to myself, oh shingles!

It keeps me on my feet, I’ll tell ya that much.