I’ve really done the best I can to try and raise a well rounded,
intelligent, kind,
young dog.
Back in the day when I worked 8-5 (I don’t know how I ever did but I did)
I only hired the best dog walkers and pet sitters.
I made sure he was surrounded only by others that I felt would have a good influence on him.
As a young puppy, I would start off each and everyday by telling him
you is smart
you is kind
you is important.
So how I wonder, how did I end up with this smart mouthed teenager? 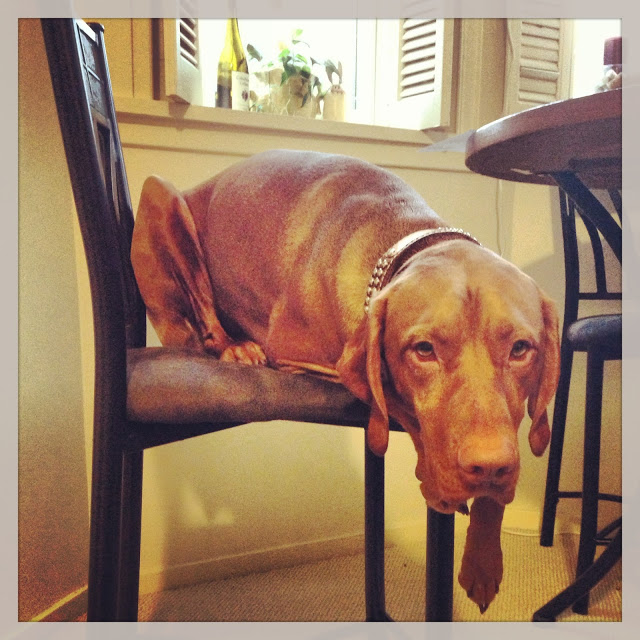 He does what he wants. When he wants. How he wants.
And makes no apologies for it.
He’s back to insisting we go on at least ten walks a day.
Five of which must be off-leash.
Pretty soon I think he’s going to start asking me to wear the leash.
Who am I kidding. I already do…


When I tell him it’s time to get up in the morning,
this is the look I get. 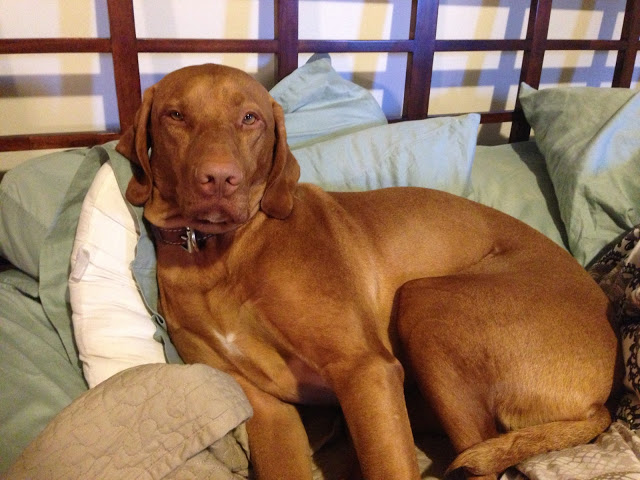 He doesn’t get up.

When I ask him to help out with simple chores,
such as washing the sheets and making the bed, this is what he does. 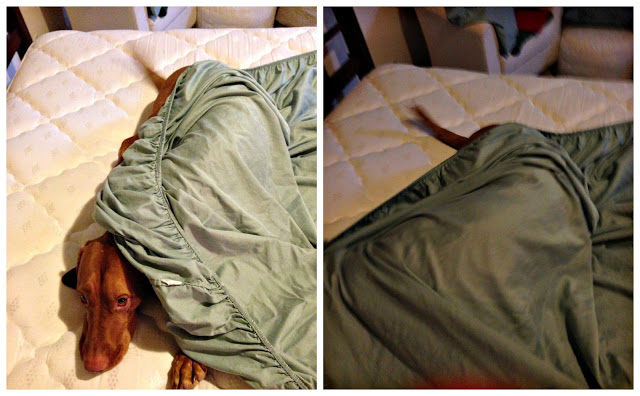 I think he’s just going through a phase.
Chris says I need to stop “coddling” him and giving into all of his demands.
Easy for him to say, he gets to go play at work everyday with real life adults while I’m stuck at home all day conversing with a two and a half year old dog.
So yeah, sometimes when I’m trying to get my own work done and Harlow’s whining at the top of his lungs staring at his treat jar it’s just easier to give him another filet mignon bite.
It shuts him up. Sue me.
I think he ate a total of 37 filet bites yesterday.
That would probably explain why he pooped out a NY Strip today.
TMI. Sorry.

I haven’t even mentioned the worst part of Harlow’s new attitude problem.
He’s decided he hates puppies.
Like really hates them. No joke.
If I see a puppy at the park we have to walk the other way or Harlow will get super pissed.
He growls at them. He glares at them. Once he even tried to bite a sweet little lab pup.
I was humiliated.
Because everyone looked at me like I was some awful dog owner who raised the vain Vizsla who can’t stand other dogs who are
a. younger than him and b. cuter than him.

When I scolded him at home for trying to eat the puppy he just covered his eyes
and yelled at me to get out. 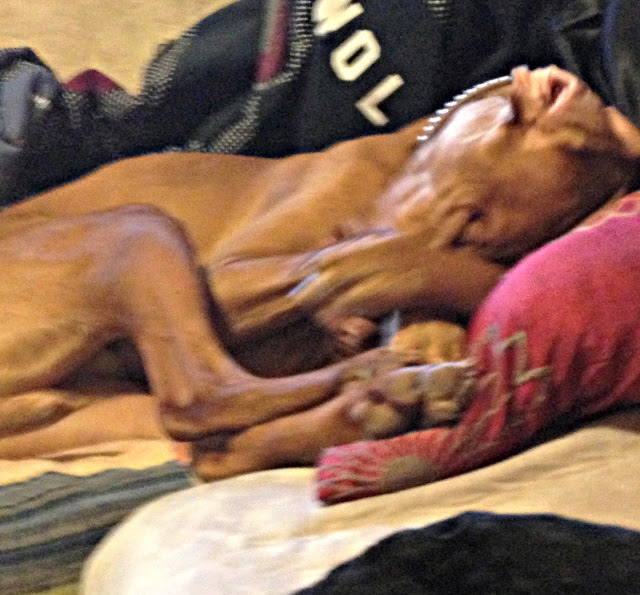 Things are getting bad.
For him and I.
I just wrote an entire post about make believe conversations I have with my dog.
And on that note I need to go find some human interaction.

But seriously, he is super mean to puppies.
Does anyone else have this problem with their dog?
Or is Harlow just a total Naomi Campbell?