Given that I work from home, spend far too much time with just my dog,
and am finally brave enough to proudly consider myself a writer,
I spend a lot of time in my head. Maybe more so than others, I’m not sure,
(it’s been awhile since I’ve hung out in someone else’s head.)
This means I’m a thinker. I’m not claiming to be a profound thinker by any means,
it just means I think/analyze/wonder/dream/worry a lot.

But right now, I’m choosing to stop worrying about a few things.
Five to be exact. 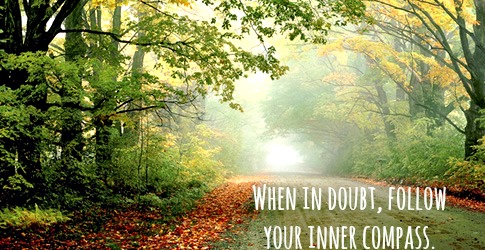 2. Nail beds.
(Some of my worries are less serious than others.)
I have terrible cuticles and I just need to accept it. I don’t necessarily bite my nails,
but I love to tear/pick/chew at everything that surrounds them.
It’s disgusting.
But I’ve noticed I’m not alone in this struggle. Nail picking is peoples go-to activity.
I notice it everywhere. On the bus, in my class, at the store,
everyone is always going to town on their nail beds.
So rather than beating myself up about this nasty little habit I should just try to capitalize on it,
like maybe invent an app like Angry Birds only called Angry Nails.
I’ll get back to you on this one.

3. Buying a house.
I wonder how people felt bad about this one prior to Facebook?
I’m really good about not comparing my life to others (except Emma Stone’s)
but for whatever reason, this one really gets to me.
Every time I see a new photo of a house with a for sale sign in the yard and a happy couple,
my heart drops a little and I think oh shit, I’m behind.
But whatever, I am behind so be it.
Chris and I chose Chicago over a house. Might not make sense to most, but for us I think it’s exactly where we’re supposed to be.

4. Blogging.
I’m not going to stop blogging, I’m going to stop worrying about blogging.
Within these last few months of having some extra time on my hands,
I’ve really jumped into the blogosphere full on.
For the most part it’s been great, but like anything it also has its downsides.
With too much time to think about blogging, I’ve done just that, thought way too much about it.
Rather than having this just as an outlet to write as I originally intended,
I became a little obsessed with all of the other facets of blogging.
Sponsorships, followers, giveaways, stats, blah blah blah.
But when you care about something so much I don’t think it’s necessarily a bad thing to become a bit obsessed with it, for me personally I just realized it started to suck the fun out of it.
So after March I’m trying to get back to the basics.
Back to the good old fashioned posts, less sponsor spots, less giveawsays, ext.
{However that being said if someone still offers to send me a really cool product to write about you bet your ass I’m gonna take them up on it.}
I’m only human.

5. Gym time.
As fun as it was to pretend I was a Fit Girl during their week of cheap classes,
I’m not.
I’m not a fit girl. I’m not a gym girl.
I’m a take my dog on walks and just be active when I can kind of girl.
So as of now I’m going to stop worrying about the fact I don’t work out, or belong to a gym,
and probably never will.
(Until they offer cheap classes again.)

And that’s that.
What do you need to stop worrying about?

Chris’s appendix wound decided to rebel today and turn itself into a ball full of poison so we’ve spent the last five hours in E.R. again.
It was fun.
Note to nurses, even if you’re trying to be funny, never tell a patient
“you’re gonna feel a lot more than that, we’re gonna torture you.”
It just wasn’t the right time.

I need a vacation right now. Anyone else?