There’s something in the air right now that’s making me a little loopy. Maybe it’s the season changing? I think it throws me off course. That has to be it… right? 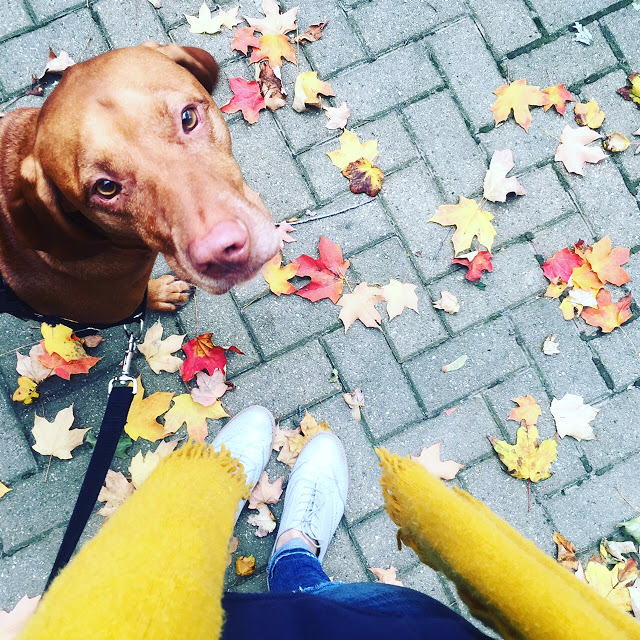 Yesterday I had a dark doomsday cloud following me almost the entire day. Every corner I turned something new popped up for me to worry about. It was unsettling. And exhausting.

I’d say that 97% of the time I’m extremely optimistic. Like too optimistic, in fact. I fully expect the very best outcome. And yet every once in awhile when I let my guard down all of the bad thoughts sneak up on me all at once as if to say boo, we’re gonna get you!

I think the worst of it started yesterday at the park when a women literally jumped off her bike just so she could pet Harlow. Vizla owner, I figured. It’s not that weird, I’d probably do it. But then she told me she had just put her Vizsla down last week. He was ten.

Um, come again? What’s the .8 nonsense? Better yet, why did she know this? And then I realized that when her best friend was dying she was probably googling every thing she could find out about Vizsla deaths, just like I would.

The thought of only having five more years with Harlow didn’t sit well with me.

But five years isn’t guaranteed with anyone. (See that thought right there? That’s the doomsday cloud speaking.)

Nothing is guaranteed. Life is all just so unpredictable and out of out anyone’s control. And that’s what is great about it. You can plan and hope and try your best, but you just never know. And that’s terrifying- said the dark cloud.

Around 3:00 p.m. I was at the park yet again, this time lying on the ground staring up at the sky asking the world why I was so put off today. 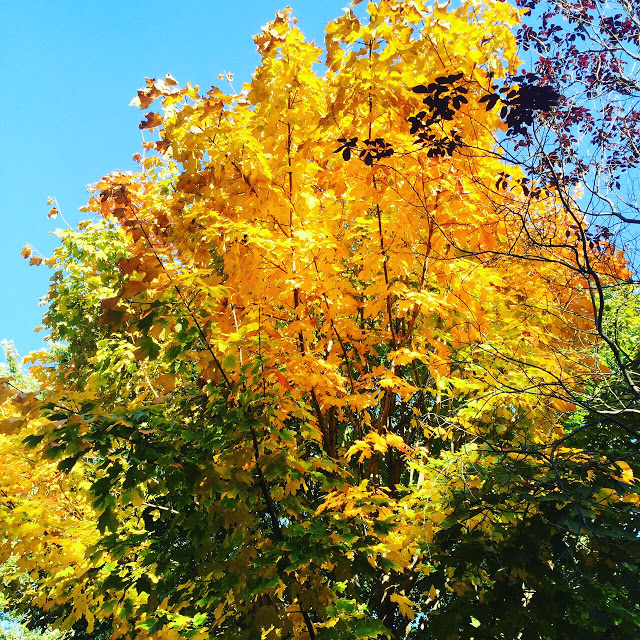 But for a second I wasn’t in Chicago. It was 2002 and I was at track practice. Lying in the field staring at the same blue sky, asking the exact same question. “Who am I? I don’t know.” (I really hope someone gets that movie reference. Jeni?)  I hated track so I did this all the time; I’d just lie in the grass and look up and wonder what came next, until one of the coaches would see me and yell “go do some more build ups!” or something.

That was fifteen years ago.


What have I done in the past fifteen years? Why is time going so fast? I need to do more. More what? I don’t know. Someone tell me what to do. How to do it. I should be more successful by now. But what does that mean? Everyone is doing better. They know something I don’t. Why don’t I own a house? How come I can’t make it? Everyone else is making it. Why is blogging feeling so weird lately? Why does blogging even matter? Do I have to play keep up? Why am I  even complaining? I have it so good. Is Harlow really only around for five more years? Because based on time that’s like only two seconds. Oh. No….

And welcome to my mind, yesterday.

Don’t worry. I’m not having a breakdown. Just a Monday.

There’s a good chance this all started with the movie I watched this past weekend: Up. The first four minutes of that movie shatters me every damn time. Why does Ellie have to die? Whenever I watch it I’m like Roberta from Now and Then screaming “Why’d She Have to Die?! Why?!”

What I’m trying to say is, please tell me someone else participated in Bring Your Anxiety To Work Day yesterday and I wasn’t the only one. It was a thing, right?

It was a thing.

So anyway…. How ’bout them Cubs?