Chris was away on a boys trip this past weekend and so I relished in my SSB.

SSB = Secret Single Behavior. A phrase coined by Miranda from Sex And The City back in the 2000s that for whatever reason has stuck with me through the years. I’ll admit I liked SATC at the time, but when I watch the episodes now they’re just a bit cringeworthy… But that can be said about most things we look back upon, I suppose.

Anyway… back to Chris. Of course I miss him when he’s gone, but I won’t deny that I loveeeeee my loner weekends every once in a while, as well. Which is an odd thing to say for someone who spends 90% of their day alone…

My SSB includes: Dinner consisting of: popcorn, ice cream and wine. (I ate this every night.)

At home pedicure. Tinkering on my phone and computer all night long. And watching all of MY shows I don’t always watch when Chris is around. I also started (and finished) season one of The Handmaid’s Tale. So good, but so so dark. Other than Westworld, it’s one of the more disturbing shows I’ve watched in awhile. 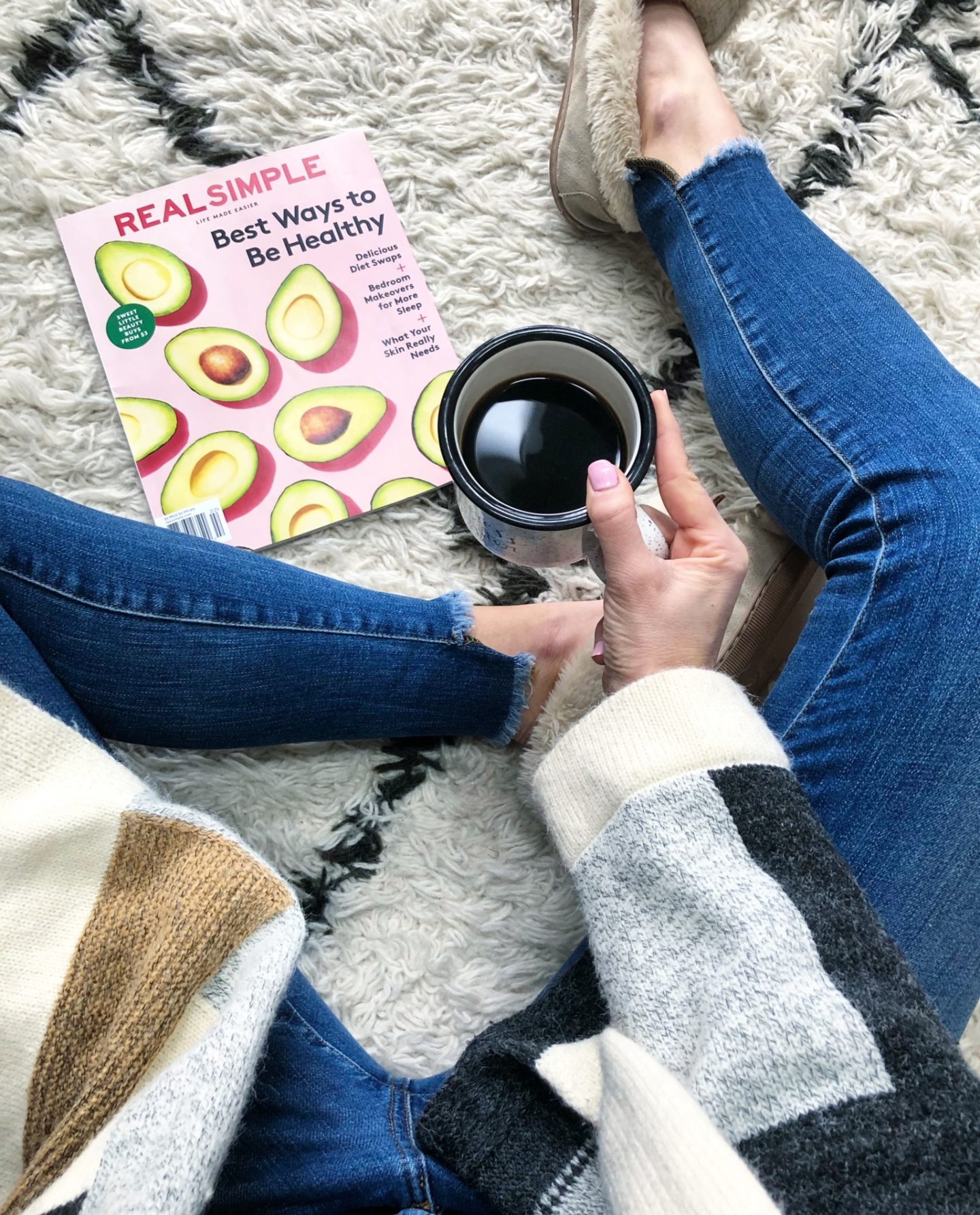 And I sat and read a magazine the old fashioned way while enjoying more wine. Real Simple mag does a phenomenal job with their covers, by the way. There’s nothing particularly stimulating about the mag on the inside (in my opinion) but just looking at that pretty cover while standing in line at the grocery store always makes me think, man, I should really try harder to live a better, fancier life. Like where I put cucumbers in my water and stuff. And eat bags of avocados. Probably on toast.

And then I buy the magazine with the hopes I will become the magazine. The main actions of the tablets are to emphasize the relief with moderate fat burning. The substance does not retain water in the body, practically does not affect body weight. That is why the drug is especially popular with bodybuilders during cutting. Compared to other steroids in Australia by this link , oxandrolone has less anabolic effect, and therefore is not suitable for gaining muscle mass. Due to its mild effect and the almost complete absence of side effects, the product in Australia is in demand far beyond bodybuilding. Does this happen to anyone else with RS? Or just me?

But now I’m getting sidetracked. I need to tell you about the two minute thing because it helped me get so much shit done this weekend. LIKE ALL THE THINGS.

Here’s how it goes: if you have a task that will take you two minutes or less, you just do it. No exceptions. And so I put it to the test this weekend with emails, dishes, picking up Har’s toys, vacuuming a rug, the list went on and on. What I found out is that once you complete one task quickly, you find yourself looking for another. After the two minute tasks are done, you’re onto the ten minute tasks, the twenty minute, and suddenly you’re lost in a world of getting shit done and feeling pretty damn good about it.

I think the reason it worked so well for me is because it took the power away from over-thinking a task (that thing I told you that KILLS me.) It’s a total mind game, but I wanted the two minute rule to have control, so I allowed for it. Sorry over-thinking monster, NOT TODAY.

It never ceases to amaze me how my mind can turn a thirty second email into a two week dread/shame/guilt fest. It’s insane.

I didn’t invent the two minute trick and I wish I could give credit where credit it due, but I’m not completely sure where I read about this one. (Getting lost in online self help articles is another favorite SSB of mine.)

That’s it for today.

Coming this week: I may go deeper into the time I was locked (voluntarily) in a medical study for six days because it feels like a fun story to tell. I might also get very bloggy and write a post on hair care, because now that I’ve colored my hair twice in three months I’m basically a beauty blogger.

We shall see. Happy last Monday of January. We’ve almost made it friends, spring is … well it’s something.