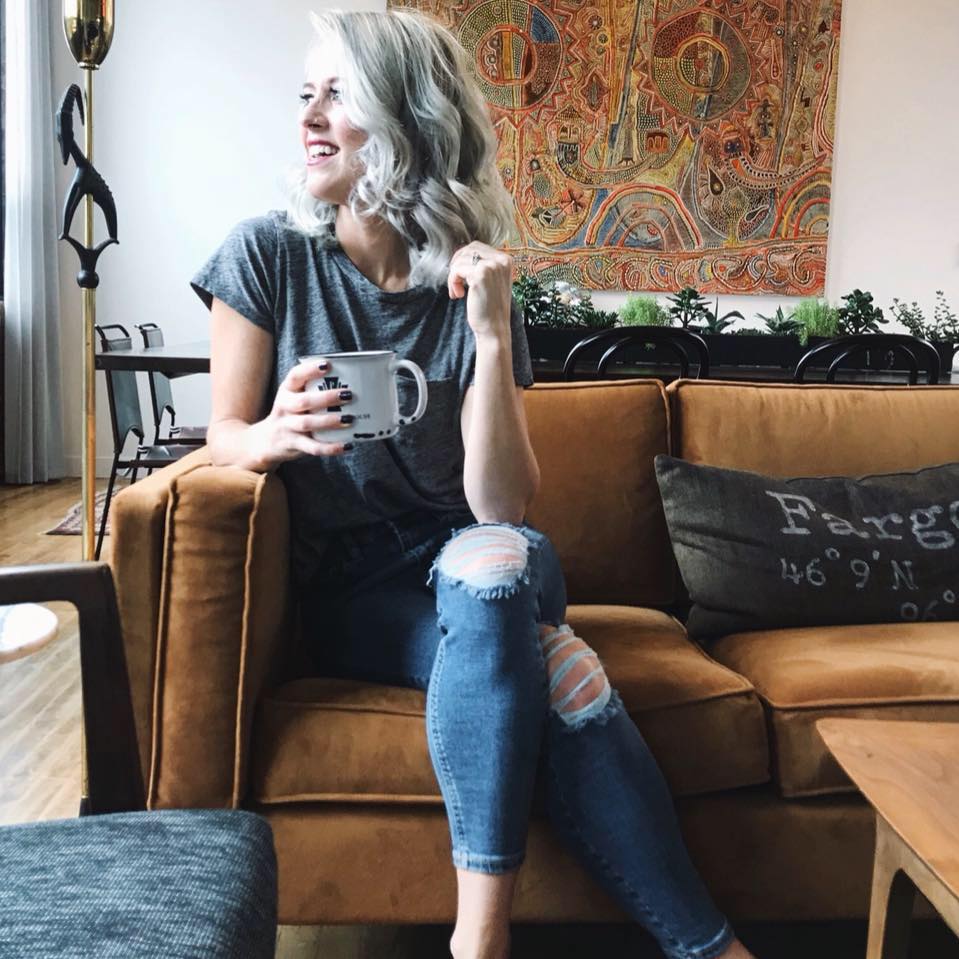 It was the summer of 2016. I was young, hungry, and stubborn. (So different than I am now in my older age.)

I was also about to get married and needed someone to run my business while Chris and I took off for a two week honeymoon. The idea of bringing on outside help scared me so much I actually just thought about “freezing my shop” for two weeks and closing off all sales.

T-Shirts are my full time gig. So I don’t know what lala land I was living in then, but I simply couldn’t afford to close off my income stream for two solid weeks. That would kill me. And mind you this was back in the golden age of 2016 when I was still one of the very few (because I was actually thee first, NOT THAT IT MATTERS) to have slapped MARRIED AF on a shirt, so sales were pretty good you could say. Those were the days.

And so one week before our wedding I hired my first temporary employee. I had been hustling and packing and shipping t-shirts every single day for nearly two years at this point, so taking a two week break felt very weird. (And also pretty wonderful.)

My plan was to let my employee go after I returned from honeymoon land, but when I came home I thought to myself, what’s one more week?

I was always that person who liked to bitch/boast about working until 3 a.m. packing t-shirts but still felt that I “couldn’t afford to hire anyone.” But as it turns out, I couldn’t afford someone until I had to, and then I’ve never looked back.  Bringing on more help has allowed me to grow my business in ways I didn’t have time to do before when I was occupied doing all of the manual work.

And then in the summer of 2017, I hired my second employee. More employees = more growth!

She’s also a blogger, social media genius, and runs my @taylorwolfeshop Instagram account better than I run my own. Her name is Chloe and her blog is called The Basics. 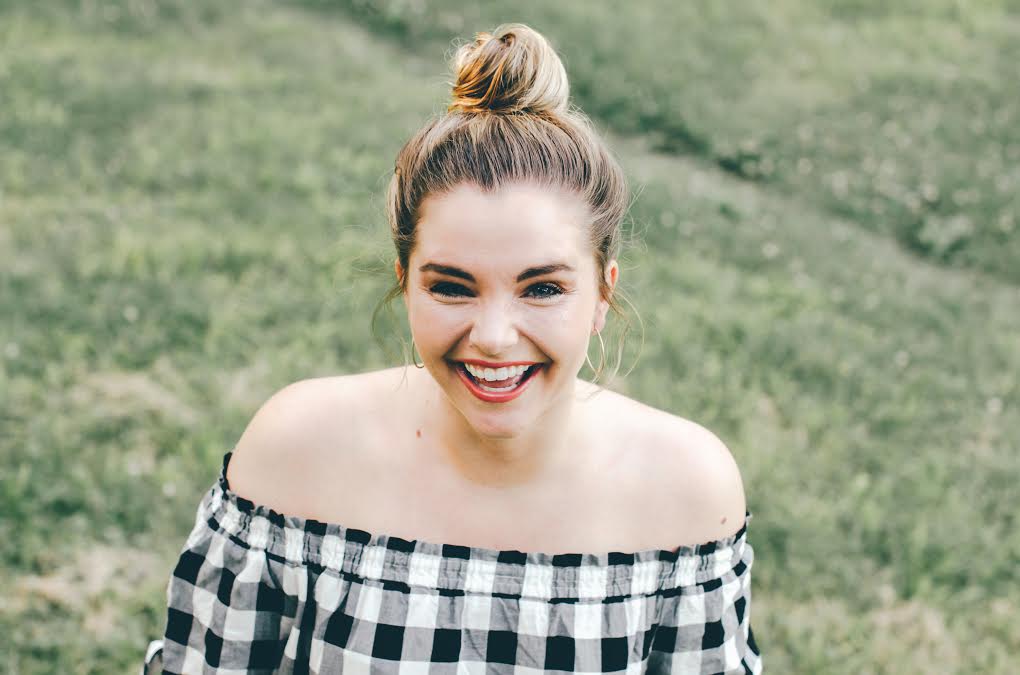 I recently asked (forced) her to do a Q & A with me and this is what we learned about each other!

This one; it’s about life and loss and childhood days spent at the lake. My favorite posts are the ones where I really feel like a have a chance to settle into them and don’t have to rush at all. Sometimes it can take me a solid hour just to get a sentence exactly the way I want it. And other times I can’t structure a sentence to save my life… (you may have noticed.)

What’s a dream/goal you have for your tshirt business?

I do, however I am terrible TERRIBLE singer.

Maldives. Or… a train through the Swiss Alps in the winter. Or the summer. Chris makes fun of me because I just like train rides in general.

Would you ever move back to Nebraska?

I never say never, but I don’t foresee it in the near future. I just love Chicago too much.

What’s the most rewarding thing about blogging for you?

Were you as obsessed with dogs as you are now before Harlow came into your life?

No, I was a cat person through and through. But then my cats broke my heart and I couldn’t bring myself to get more, so then Mr. Harlow came into my life.

What’s Harlow favorite thing to do in the entire world?

If you got another dog, what would you name him/her?

AND NOW I ASKED AND CHLOE ANSWERED.

1. So you’ve officially been working for yourself for about six months now…. tell us about it? Highs, lows, surprises. How is it?

I still feel really confident in my decision to leave my office job, so that’s a plus. But I’ve also definitely had a few moments where I questioned every decision I’ve ever made in my life. I think the biggest thing that’s changed, is the confidence I have in myself. If something happens unexpectedly, I know I can rely on myself to fix it. Overall, I love it and I’m so glad I took the chance.

2. What advice do you have for someone who wants to make the leap to being their own boss?

Take a second to really evaluate why you want to work for yourself. We all have bad work days, or even weeks, but this journey really isn’t for everyone, so I recommend giving yourself time to really think about what your why is.

If you can get past your why, then start building your client list and ambitions long before leaving your office job so you’re not in a vulnerable place when you go out on your own.

3. And what advice do you have for Chloe from one year ago?

First, I would tell her to calm down, stop over thinking and just be patient, but to also pursue everything that even gives the inkling it’s worth chasing after. The random emails to complete strangers will eventually turn into your new career.

Dirty Dancing. I was watching it twice a day when I was in 6th grade (idk what my parents were doing?) and eventually got grounded from it and lost my watch privileges.

2017 – Feeling good by Michael Bublé but also a song that describes peeing your pants.

I hope girl on fire by alicia keys describes my 2018.

6. Let’s play the dream game, if you could be anywhere (career and location wise) in five years, where would you like to be?

I want to be location independent and earning most of my income off of my own work. Being in a position to collaborate with some of my favorite brands would be amazing.

I would have to say this post. It’s very meaningful to me because letting go of the nagging fear I used to feel every day has changed my life in so many ways. If I could help just one person let go of even the smallest amount of fear and chase after something, then I’d be one happy camper.

8. Why did you get into blogging?

I was unemployed and wanted a way to keep holding myself accountable. That said, I always knew I wanted to have one, but until that fateful day in October 2015, I always thought blogging was just basically having an online journal (like dear diary kind of stuff). Then I started getting inspired by others and seeing that blogging isn’t just about sharing what you did that day, it’s about sharing experience. And at that point in my life I felt very sad and alone in what I was going through career-wise, so I thought, if I’m having this experience, someone else is too, so I’m going to share what I’m going through so that person out there doesn’t have to feel alone anymore.

9. What’s your favorite meal to make at home?