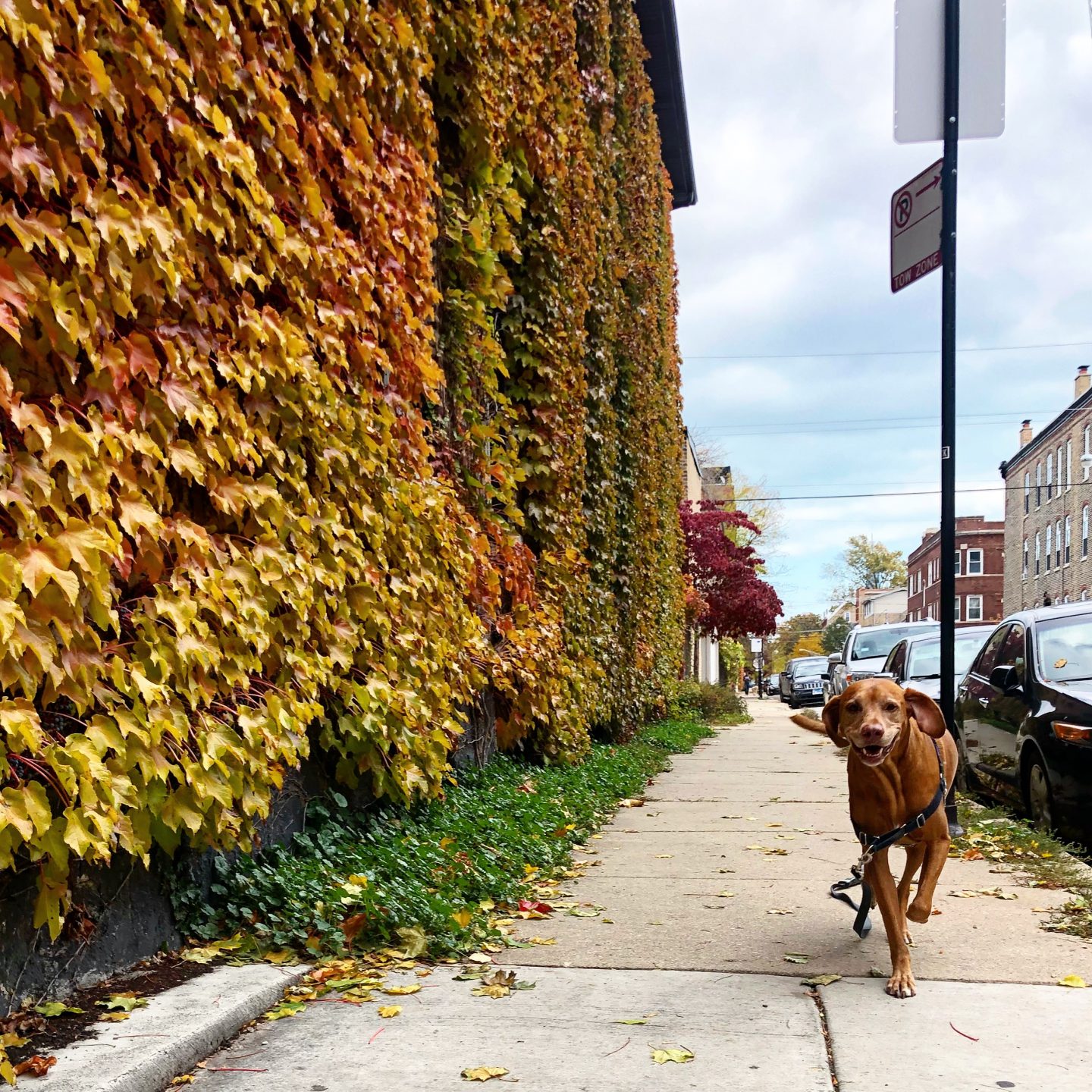 Have I mentioned lately how much joy dogs bring me? I’ve always been an animal lover, but I won’t deny it increased tenfold when Harlow came into my life. I think that’s when I went from normal- insane on the “dog obsessed” scale.

We had a bit of a health scare last week (HAR IS FINE) but never the less, that one phone call flipped my world for a bit and I set out to make sure Harlow and I had a very VERY good week together. I let him chase squirrels at the park, bark annoyingly at people from our upstairs window, sneak up on plastic bags blowing in the wind, and we went to the pet store every single day and he chose whatever treats he wanted. When he pulled too hard on the leash I didn’t mind, when he asked for ten more minutes at the park, we stayed.

To say the least, he was a spoiled little SOB all week and Chris swore he could tell a difference when he got home from work because Har was extra happy (and extra naughty.)

The scare involved a new bump found on Har’s back leg. As he’s getting older, more bumps are appearing. I’m told it’s a normal thing in older dogs. But normal or not, guess who insists on checking every last bump, freckle, and out of place hair on Har? Me. And Chris. We’re both helicopter dog parents, it turns out.

And so only a few days after the newest bump appeared (which was just two weeks after we were at the vet for a normal checkup) we were back to get the bump tested.

Sweet sweet Har is a lot of things, but being a tough guy at the vet is not one of them. The poor boy goes nuts. He gets so stressed and worked up and actually tries to crawl inside of my coat to disappear and it just breaks my heart. We were there today getting some blood work done for an upcoming surgery and it took two vet techs to hold him down, while I rubbed his ears and told him how great he was doing, but the look in his eyes shouted, “WHY ARE YOU LETTING THIS HAPPEN TO ME?”

It was just awful. And it’s times like that when I can’t help but think about people who knowingly inflict pain on other people or animals and I just don’t understand it. I never will. The fear and distress that Har was going through today (just for getting one small needle prick in the back of his leg) tore me apart. I’m clearly still thinking about it, (while it’s evident he has moved on because he’s currently sound asleep next to me, snoring even louder than usual.)

Har will have surgery in December to get the bump removed and the vet has told me 100 times that it will be fine and this is “very routine,” and blah blah blah. All I hear is surgery and suddenly I’m the one worked up and panting uncontrollably and when they offered a treat I was like, “no, I’ll be okay thanks,” and then I realized they were talking to Harlow, not me.

So the cheese whiz isn’t for me?!

Some dogs have bumps like these for years before they’re removed, some never get them removed. (This is stuff the vet keeps telling me.) So I know everything will be fine and I need to take the crazy down just a little. It’s just hard because it’s Har. He’s my best friend. (And because overreacting is my favorite kind of reacting.)

Anyway…. I don’t want this to end on a bummer note. So please enjoy this fountain that we stumbled across today on our walk about ten minutes before his vet appointment. I took it as a sign. A sign that shit happens, but we’ll keep on walking anyway. 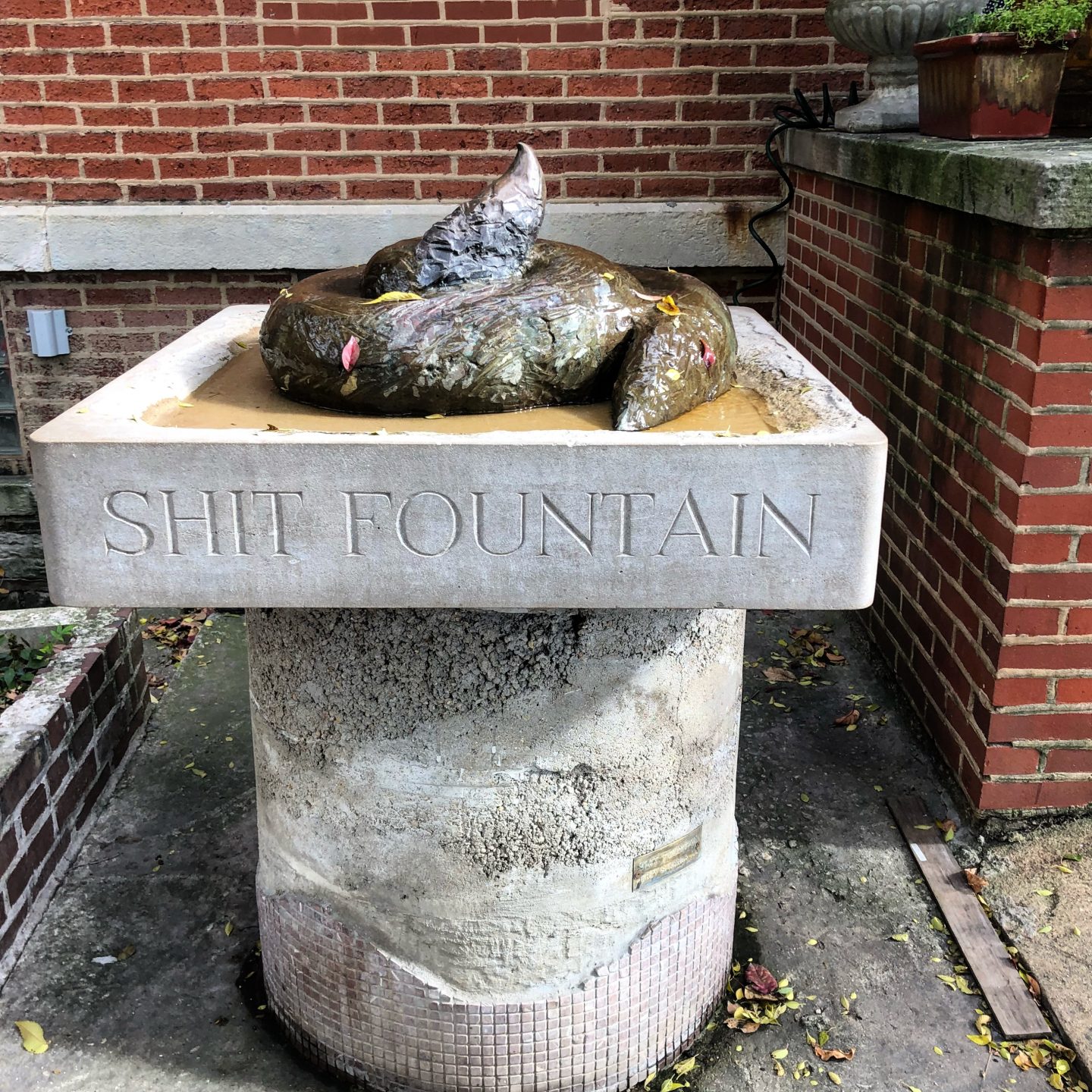 Happy Monday, friends. Do something sweet for your pets this week 🙂