You know when you get halfway through a really hot summer and you kinda start to think about the idea of fall, and it doesn’t sound so bad? Yeah, I’m not there. Because it hasn’t been a really hot summer. And this entire week it’s felt like fall because it’s barely hit above 75 degrees. And I’m not okay with it.
But I don’t have time to talk about weather. With the news this week I really have no choice but to bring back another update of The Daily Tay’s Best Week Ever, 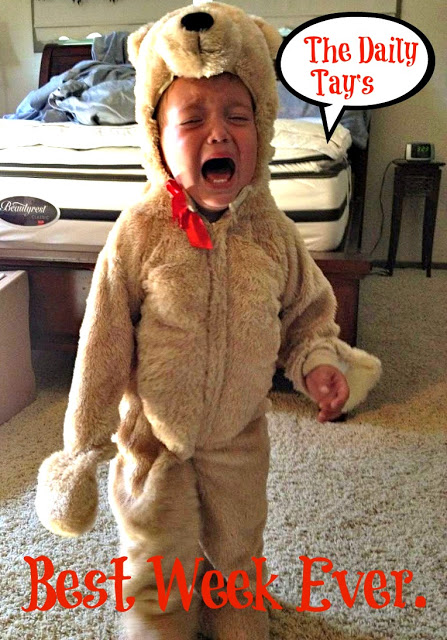 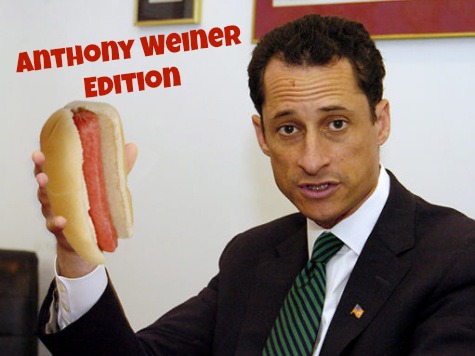 Thanks to Mr. Weiner, a lot of people are having the best week ever. Like for instance,
news anchors. Because never have they got to say “Mr. Weiner” and “sexting” in the same sentence as many times as they have this week, all while showing photos like this in the background. 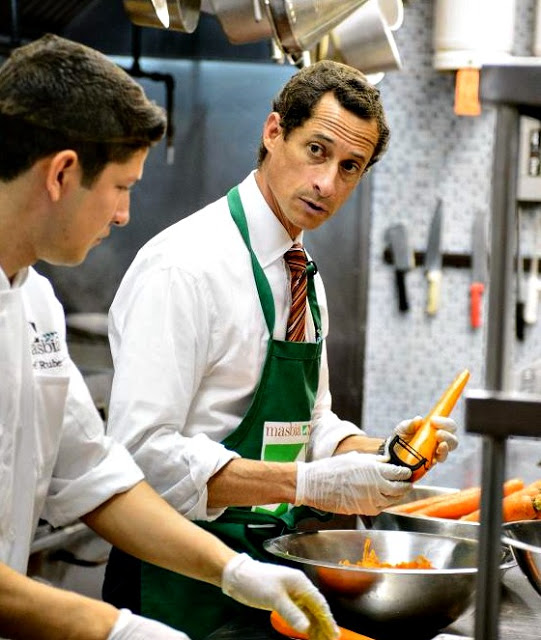 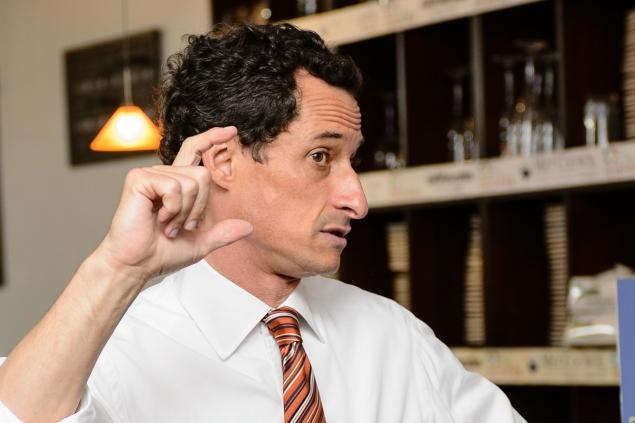 Which obviously leads to 4th graders having a pretty solid week, as well. Because never before have they heard news anchors say “Mr. Weiner” and “sexting” in the same sentence as many times as they have this week.
And I think it’s pretty safe to say we all just might owe Mr. Weiner a big thank you for saving the
newspaper industry in one week alone…. 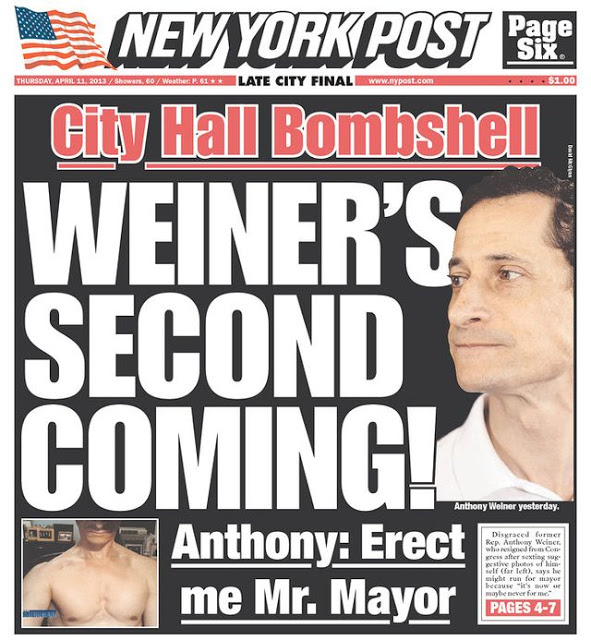 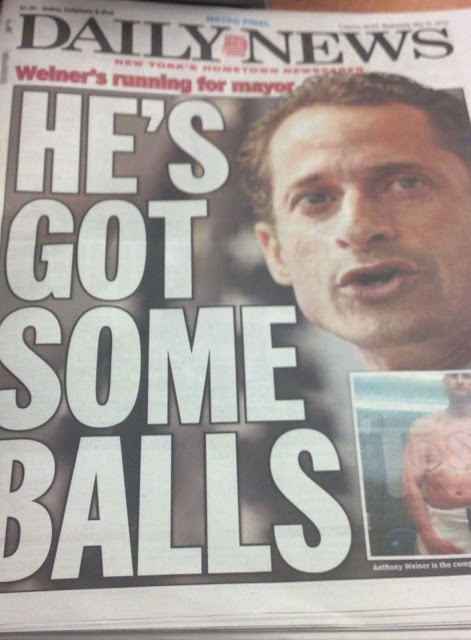 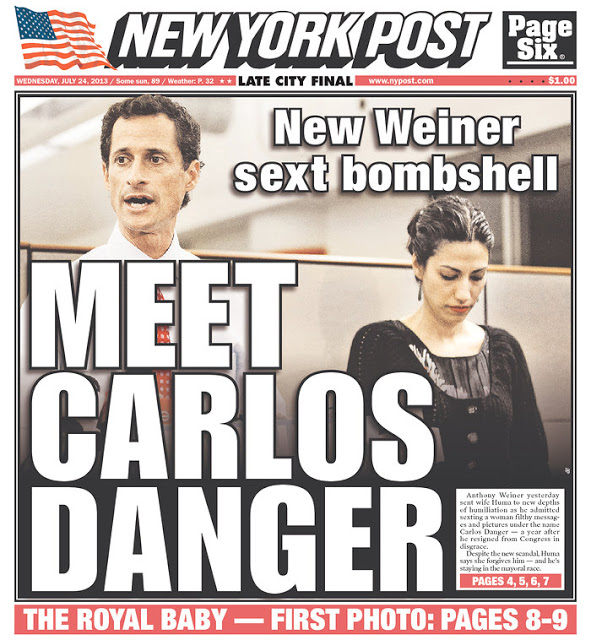 Should I have stopped at three? Yea, I thought so too. But I just couldn’t resist the “Meet Carlos Danger,” which for those of you not following this story (and also therefore with a more sophisticated sense of humor I imagine) Danger is Weiner’s screen name allegedly. Personally, I think he should have gone with Dangerous Weiner. But what do I know? I haven’t frequented a chat room since the 90s. 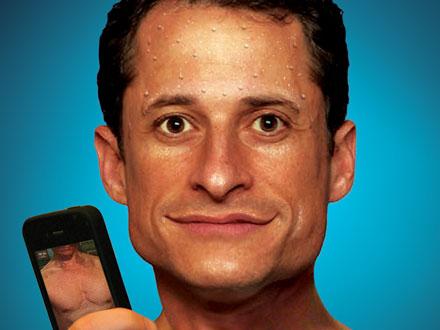 So of course college guys have to be loving this week. Because they no longer look like such creepos sending snap chats of “themselves” to the girl they just met last night at The Rail. I read in one article that Mr. Weiner, I mean Mr. Danger, was sending (and I quote) “full monty crotch shots.” I think the article was written by my grandma.
Which also means grandmas are having the best week ever. I don’t think I’ve ever heard my grandma giggle so hard when hearing her try to tell me about this story.
If you’re tired of Weiner jokes I’m not going to apologize. I only get the chance to write a post like this once in my life, well I guess Weiner did this same stuff back in 2011 but I didn’t capitalize on it then and the decision has haunted me ever since. I think at the root of all this what excites me about this case the most is the fact that I’ve finally got to see one of my favorite animated characters come to life, giggity giggity giggity. 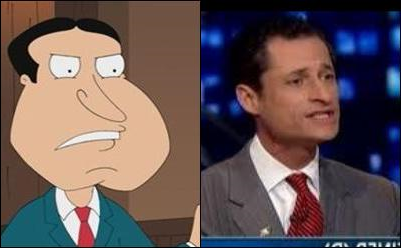 For the first time ever I’m linking up with Yoga Pants and her #backthatazzup Friday thingy. I don’t think there was really any other song I could use for today. Enjoy. 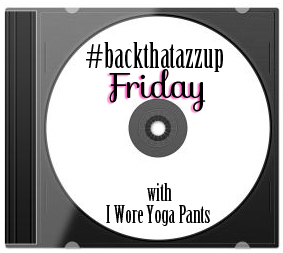 This has been another edition of The Daily Tay’s Best Week Ever, Anthony Weiner style. I hope you all have a wonderful weekend. I’m off to find a bloody Mary and show my parents the city.
Follow along on Instagram @taylorgracewolfe as I take photos of brunch and Harlow looking cute.