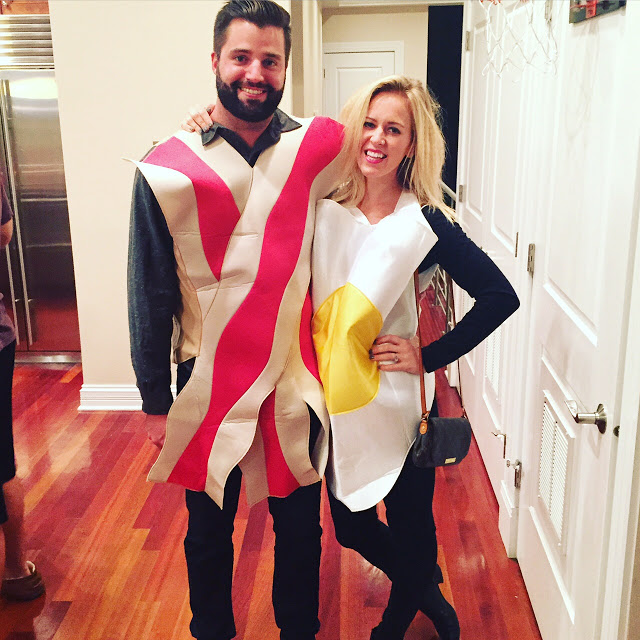 Today marks the day I have officially been dating Mr. Bacon for eight years.

I asked if we still get to celebrate our dating anniversary once we have a wedding anniversary and he said no (jokingly.) Because we will. We will always celebrate November 3rd as the day Chris asked me to be his girlfriend in his small little frat room between bites of an Italian Jimmy Johns sub.

And eight years later, not much has changed.

Just kidding, I’m not that bad. I told Chris I have plenty of social interaction all day with the characters I’m writing in my head. Apparently that doesn’t help my case much.

Anyway, now just for fun I’m now going to write a letter to future Chris and Tay- like to us as a couple in eight more years. I might even give some marriage advice, because if there’s one person who should give marriage advice it’s someone who’s never been married, don’t you think? Me too.

I’m going to write in third person for the hell of it, so enjoy it like you do those Christmas letters written from a mysterious family narrator.

You made it past the 16 year itch. Good for you! Now I’ve got a few things I need to tell you, so listen up.

First of all, please make sure you’re still having fun with each other. I know life has probably gotten a lot more complicated in the past 8 years, but this is crucial. It’s one of the best things about you two. I mean us.

Remember not to take things so seriously. Laugh a lot. Be goofy. Dance with Harlow in the living room because he loves it. Don’t take each other for granted.

Tay, if you’re still nagging about black hairs in the bathroom I swear to God…

Chris, get over the decorative throw pillows. I imagine 8 years into the future Tay probably owns 500 now. Just embrace it.

Do you have kids? Probably. You know it’s just one of those things you have to do. You can’t day drink on the weekends forever. It’s not healthy.

Also, I’ve heard people tend to really like their own children. Sometimes even as much as dogs.

And speaking of healthy, I hope you’ve found a happy balance between eating good food, and eating green food. It’s 2015 and we just learned hot dogs give you cancer. Chris, I’m talking to you here.

But back to the kid thing.

Having healthy happy kids would be amazing on its own. The rest will fall into place.

Tay, I’m talking to you on this one. I have a bad feeling you might be a crazy sideline parent. Stop it. Push too hard and they’ll hate you. Don’t have your toddlers doing basketball drills in the driveway for five hours a day. Two should suffice. Remember, you weren’t exactly Sheryl Swoopes growing up.

Chris, tell Tay to calm down. She’s counting on you to be the compassionate one here.

Remember you’re a team. You’re with each other to make life better.

And if you haven’t figured out a way to have your rescue dog farm in the country yet TRY HARDER.

Now go snuggle Harlow. And Harlow Jr. And Harlow the 3rd. I’m sure you have an army of Vizslas by now and I’m very excited for you.