Weather update: it snowed even more. 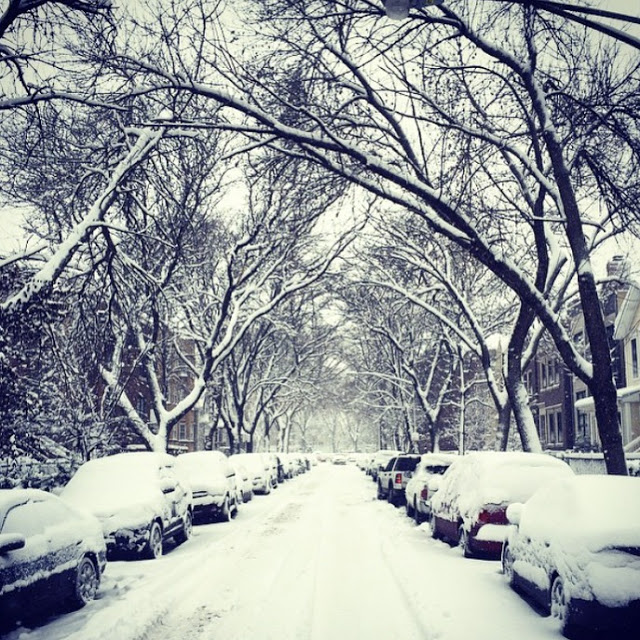 So as I sit here on my couch, trapped in my living room unable to leave because the wind is blowing icy snow everywhere and it’s roughly 20 degrees, let’s take a walk down memory lane.

Let’s go back five years ago when it was 80 degrees on St. Patrick’s Day. This really happened and to this day, no one in Chicago can get over it. It’s still brought up every single year.

But I’m not going to talk about the weather, what I want to talk about is the job I had at this time. Or better yet, the job I was about to get fired from (the first and last time that ever happened.) I worked for a staffing agency and my job was to call on businesses and ask them if they could use staffing.

I worked in a small room, an arm’s length away from my fellow female coworkers. It’s worth noting that all of my coworkers were in fact women and under the age of 30- except for the male boss. I won’t get into the details of the work environment too much, but let’s just say it was odd. I knew at the wee age of 24 it probably wasn’t the most normal thing to go out to lunch with your boss and coworkers and get hammered and then return to work, but five years later I look back on that time and am like NO. NOT OKAY.

Even worse, you know that outsider you have at the office who no one really likes? That was me. And I never could figure out why. It was my first time being on the outside and it felt terrible. It was also my first time working in such close quarters with other people, every single day, for eight hours a day. I think this was the first job that really made me realize I was a introvert. I didn’t talk much, rarely chimed in on anything, but when I would decide to speak up my “humor” wasn’t received well. So as I type this, it’s making more and more sense to me why I was the “weird one” of the office…

Sure it was terrible at the time, but being in the position of “outsider” gave me good perspective and taught me to be less of an asshole going forward.

This was my first year living in Chicago and it was the hardest year I had; 99% because of this job. Having a job you hate makes it hard to love anything else.

And it wasn’t just the social stuff that made this job terrible for me, it was the job itself. I hated cold-calling, sending blind-emails, doing the same thing, day after day after day. I’d had boring jobs before, but something about this one was different. I could just feel deep down it wasn’t right. It was sucking my soul out of me, I went into work everyday feeling like I was a caged animal. I know that sounds dramatic, but I was really so unhappy that’s how I felt.

I had breakdowns frequently when I would think, is this my life? Do I really have to go to this job I hate every single day forever? A job where I’m barely making enough to pay rent?


I know this is the story for a lot of people, but I wasn’t going to let it be mine. I’m sure some would just label me a “whiny millennial” and that’s probably true, but I also know that at this time in my life I could barely get out of bed in the morning, went to bed every night with an intense feeling of dread for the day ahead, and I just knew life could be better.

And don’t even get me started on Harlow. Leaving him every day from 7 a.m.-5:30 p.m. broke my heart. He’d spent his first year by my side and then we moved to Chicago and I forced him into this new schedule of being alone all day. I paid a dog walker to come over twice a day but I knew that still wasn’t cutting it.

So five years ago, during the middle of March, when I was fired from a job I hated on a random Tuesday, I cried tears of relief. I felt like I had been on the edge of a cliff and someone just pushed me over. And yes, I was going to hit some major low points on the way down, but eventually I’d stop falling and find something so much better to climb back up on.

Excuse my Hallmark moment there, I just let my words go and that came out. I guess you could say I get a little emotional when I think about that old job and how grateful I feel to be on my couch today, stuck in a snowstorm with Harlow on my lap.

As I rode the train home that day after getting fired in a Starbucks I took my notebook out and immediately started writing down goals and mantras.

This is the last time I’ll let someone fire me.
I WILL live the life I want.
I will be my own boss.
I will make my own job.
I choose how I live my life.


Those are actual things I wrote that day (and every day) until they came true.

When I was forced into unemployment I had no other choice but to make this blog my job, something I’d been wanting to do for years, but was too scared/uncertain how to do. The next year would be hell as I worked odd jobs/scraped by with no money trying to get this thing going, and I’ll talk more about that in post two, but eventually it happened.

I’m not trying to be Mary Motivational here because I know we’re all in different situations and I can only speak for mine, but if you’re currently in that job I mentioned above, know that I feel for you. And my unsolicited advice is that if you have any chance at all to get out, do it. Do whatever the hell you have to do, take whatever “odd/side job” you have to in the meantime to work toward that thing you can’t stop thinking about, you owe it to yourself.

“Why spend your entire life working on a painting you don’t want to look at?” -Warren Buffet

And now I have to go because writing a post like this motivates me, but also strikes just a little fear back into me reminding myself there’s no room for slack. I can’t go back to that cubicle life so I have no choice but to push harder today than I did yesterday.