I woke up to sloppy wet snow falling outside. It’s windy and completely grey everywhere I look. And the sidewalks are covered in brown mush; a combination of slush and leftover poo. That’s gross, I know. But it’s true. Some Chicago people like to do this very rude thing where they don’t pick up after their dog in the winter, as if they think the snow piles will eat it or something. (But they don’t.) And so nasty little land mines are everywhere at the moment. 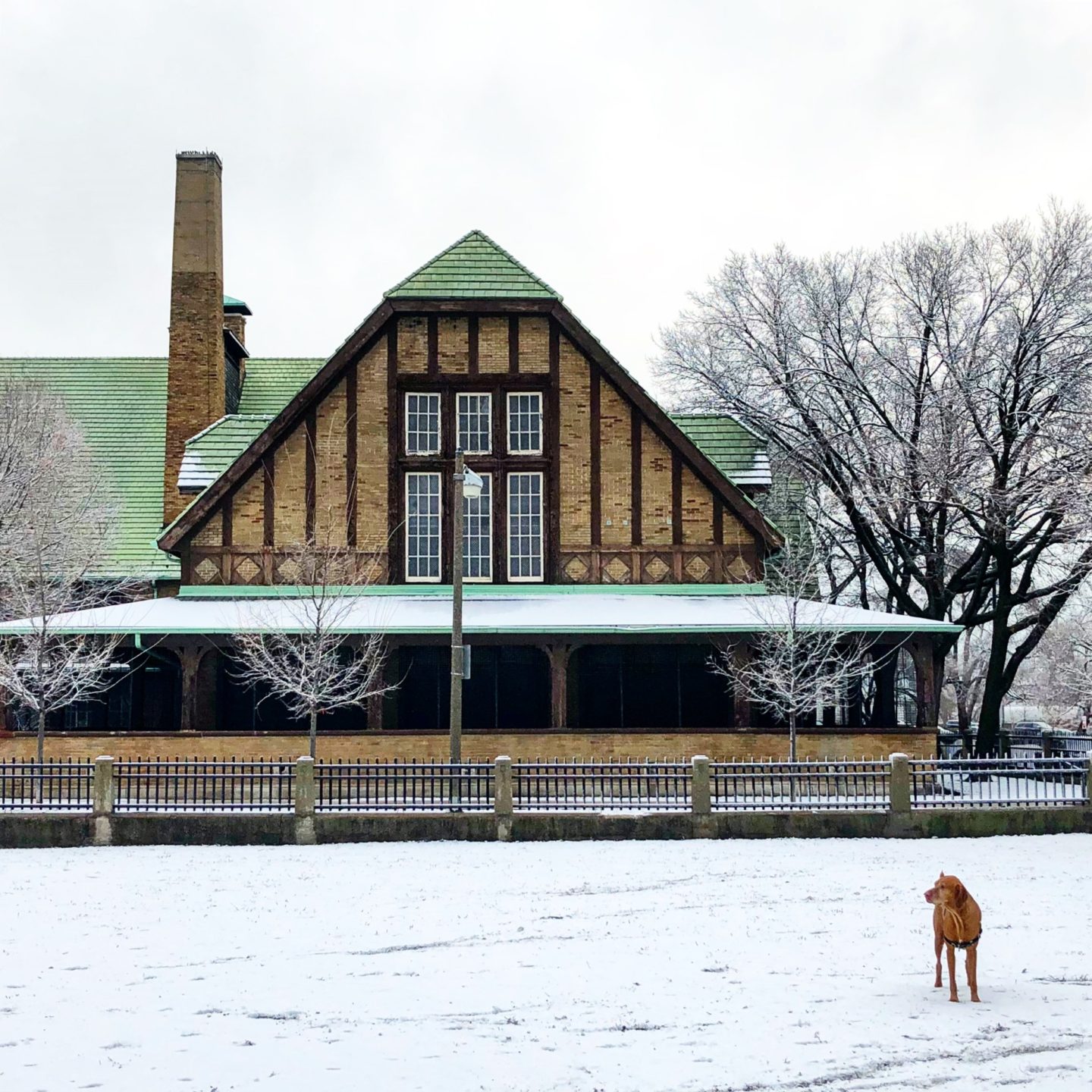 I knew I had fallen deep into the dark hole of winter when I caught myself almost getting into an internet fight this morning. Do you ever do that? Find yourself responding to some moron on Facebook and you have to go, “WAIT. Stop. What are you doing? This is not okay. No. No. No.”

It was about a dog video. Imagine that. I found someone who posted, “no pit bulls should ever be trusted, they’ll turn on anyone,” and I went into ATTACK mode. Oh hell no. Pit bulls can be trusted, me when I’m on a rampage- not so much.

Who does this dumb person think they are making such an ignorant comment on THE FACEBOOK? Well, I’ll show them. I’m going to educate them and give them a piece of my mind. Look at me go!

And then I stopped and reminded myself that never in the history of ever, has barking back to a stranger comment on the internet turned out okay. So I’m here blogging about it instead.

Brene Brown has some really interesting chapters in her book about the way we treat each other online that I’ve been trying (key word TRYING) to keep with me. She said the most common people you’ll find speaking up in internet land are those that are very passionate about something. Take for example pit bull-hater-lady vs me (crazy-dog-lover.) We’re on two opposite side of the spectrums, which is why the internet is full of so many crazy comments. The middle people (perhaps like you) tend to stay silent (and sane.)

She went on say that the internet has us more divided than ever. And yet also connected… Which is weird to think about. During the election especially, you might have found yourself bonding with strangers and suddenly begrudging people you’ve known your entire life. I know I did. I wanted to virtual high five people I’d never met who were “on my side.” Look at us, we think the same! We’re the best!

Then there were the others… The people I’ve known since childhood, but now couldn’t believe they felt how they did about certain topics. And as if I’d suddenly been crowned KING SHIT I felt superior to them. Because MY VIEWS were the RIGHT VIEWS, duh.

Brown then went on to ask- “If you were to get sick, who would be the person to bring you soup? If you had cancer and needed a ride to chemo, who would take you?”

That line really stuck with me.

And no, I don’t believe she was implying that if you have racist assholes in your life you need to sympathize with them. But chances are, those aren’t the ones who would bring you soup anyway. I think she meant that we shouldn’t be so quick to dehumanize people we’ve known forever simply because they share different political views than we do at the moment.

I guess I could just ask you, how do you think Brown meant it?

All in all, when I find myself wanting to respond to crappy comments on the internet that don’t sit well with me I ask myself one simple question, “will posting this put more light back in the world?” And when it’s me just bitching back to an internet stranger, like a toddler shouting over another toddler, I think we all know the answer is typically no.

On that note, I need to go to do some good vibe writing, mantra chatting, crazy crystal shit because I’m not about to let this day get away from me.