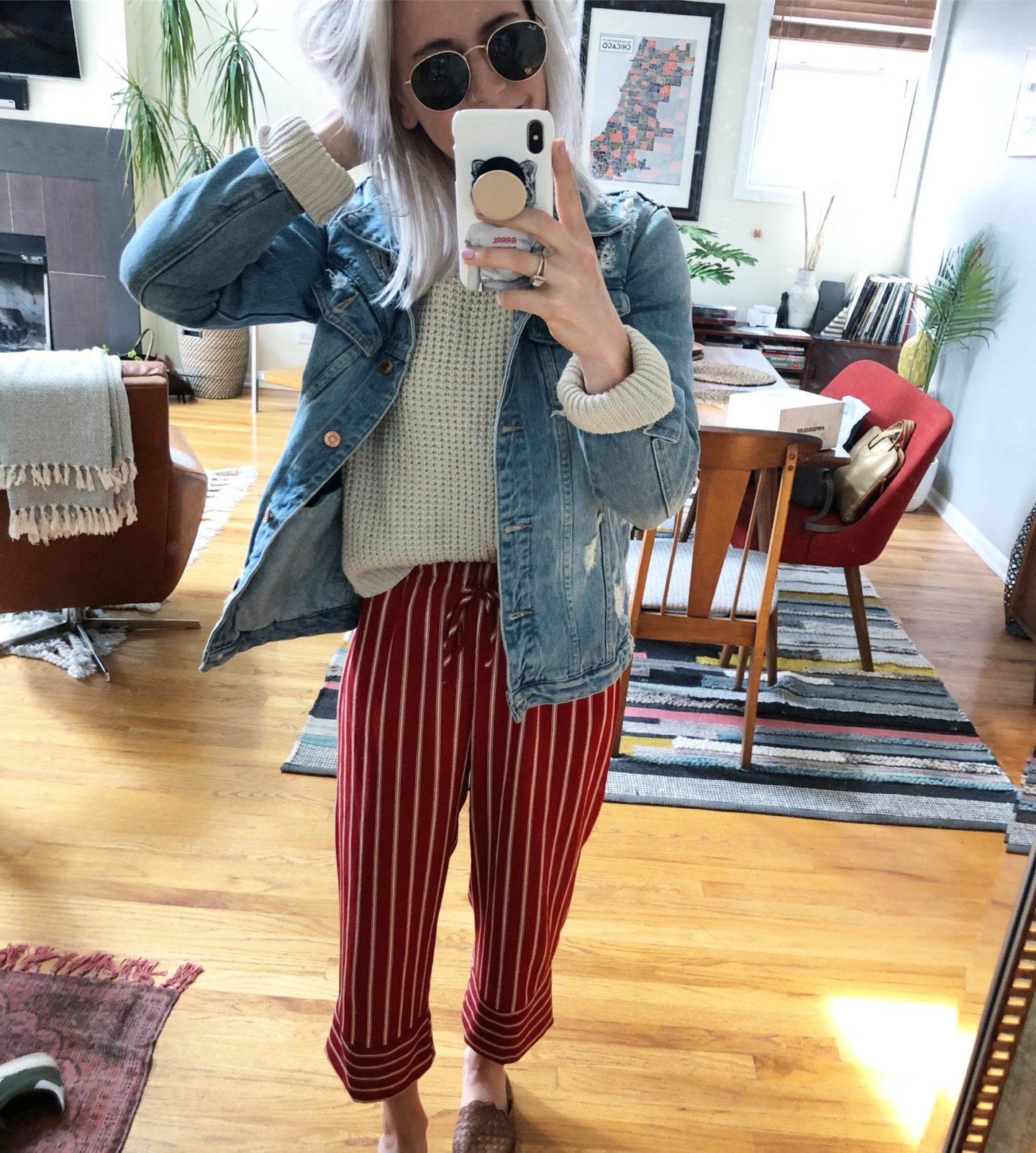 Fun little fact about me: I cry almost every time I get my hair cut and colored. Not at the salon, no never. Just when I get home and decide my life is ruined because IT’S TOO SHORT. Or the COLOR IS OFF. It’s a cute little personality quirk I have.

And if you just read that and thought to yourself, wow that’s a little too dramatic. It’s just hair. It grows back. Get over yourself, asshole.

Agree, agree, agree. But that doesn’t stop my post haircut meltdown. It just happens. The only thing I can do is embrace it and grab a glass of wine.

That said, I got a new haircut last night. And it’s a little shorter than I would have preferred. Did the stylist force me to go this short? No, not at all. Did we even do one first round of a longer cut? Yes, yes we did. And then I said, “you know what, let’s go just a little shorter! It’s still flipping out at the ends, which I hate.” And then I laughed arrogantly, no idea what life altering decision I had just made.

Five minutes later the stylist swiveled the chair around, facing the mirror, and I saw what I had just done. And I was suddenly longing for those longer, flipped out ends. I take it back! I wanted to shout. Let’s go back to that first cut. I want that, instead. But it was too late. The damage had been done.

All that I could do was pay my $500 bill and walk home, my head bowed to the ground, afraid if I looked up people might mistake me for the little Dutch Boy on the paint cans.

“Hey Dutch Boy! What are you doing off your paint can?” They’d taunt. “Yeah Dutch Boy, Lowe’s is the other way! Ha ha ha ha!”

If you can’t tell, my spirits are oh so low today.

And the bill was not $500, but it was close. It was really close, (for only a PARTIAL. Ugh.) Chicago salons are so expensive and it kills me. And I’m not even going to the fancy ones, I’m talking about the little neighborhood salons I happen to walk into on a whim.

I’m not going to include a photo of said Dutch Boy haircut with this post because I don’t have one and because my confidence is not okay at the moment. Instead, you get to see a photo of me before walking into the cut. A time when I was so carefree and didn’t know what I had, until I lost it.

Right now I’m not sure if I should put a barrette in my hair and go find some other eight year olds to hang out with, or put a fanny pack around my waist and call myself Brenda, the busybody mom watching the eight year olds.

Instead, I’ll just go buy more fake glasses at Urban Outfitters and a new beret. Those are my go-tos when I’m having an identity crisis. Thank you for indulging me on this post today, I appreciate it, and I appreciate you.

I’m going to get out of here on this, (but this is really important) if anyone ever asks you, “Do you like my new haircut? For real, I need you to be honest. Like for real, for real. Be honest.”

Every time. You must lie like there is tomorrow. You tell that person it’s the best damn haircut you’ve ever seen and how did they think of such a cool new trend and they are probably going to get model scouted any day walking around with a cut like that.

Because here’s the thing, you can’t go back on a haircut. The hair is no longer there. So there is no point in telling the truth. There just isn’t. Like if someone asked you what you thought of their new baby you can’t be like, “to be honest, I liked you more before he was around.” Because just like your new haircut, that baby isn’t going anywhere.

That comparison might not work exactly, but you get the idea.

PS- the sunnies in my pic, the ones I wear every single day, are 20% off right now if you’re interested. Click here.